Mr. Bean Videos is a free app for Windows 8 and 8.1 which lets you watch Mr. Bean episodes and video clips on your Windows 8 or 8.1 devices. The app is well designed and has a cool looking interface which is very smooth and optimized for touch as well as non touch devices. When you scroll horizontally in the main screen of the app, you will be able to see various episode tiles which when clicked on will present you with the episode in a video player interface which can be maximized to full screen size, and the app can also be snapped to either side for multitasking even when video playback is going on.

Mr. Bean Videos is available for free from the Windows App Store.

Main features of Mr. Bean Videos for Windows 8 and 8.1:

When you run the Mr. Bean Videos app on your Windows 8 or 8.1 device, you will be presented with the main screen of the app which looks like the below screenshot. 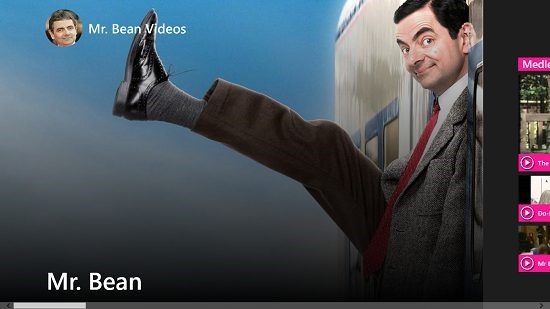 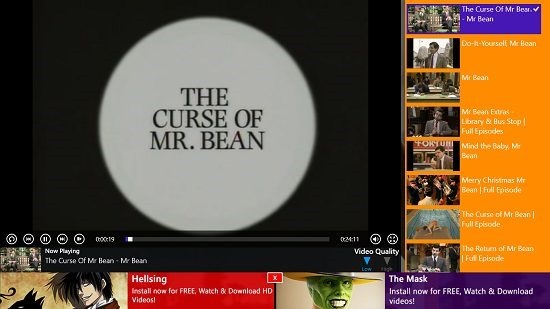 In the above interface, you will be able to see the video being played back towards the left side of the screen, and the playlist of videos at the right of the screen. You can quickly change between the videos being played back by clicking on the video that you wish to play back from the right side of the above screen. When you switch the video player to full screen interface, you will be presented with an interface as shown below. You can also see the control bars of the app revealed in the below screenshot which can be easily revealed by right clicking on the screen. 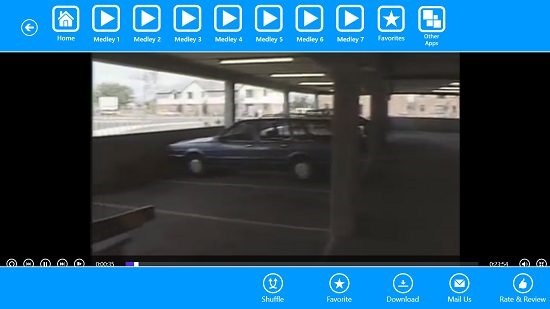 From the control bar at the top of the screen, you will be able to select the playlist of various medleys of Mr. Bean episodes, go back to the previous page, (back arrow button), go back to the home screen of the app etc. The control bar at the bottom allows you to mark a video as favorite, shuffle the playlist, etc. What’s great is that the app also supports multitasking, so you can snap the app to the side of the screen and continue working on whatever it is that you wish to work on. 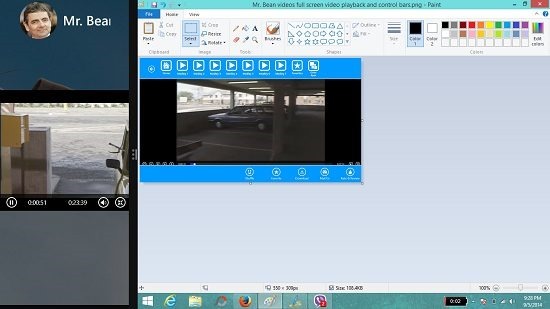 Mr. Bean Videos is a well designed app for Windows 8 and 8.1 which enables you to easily watch Mr. Bean Videos on your device if you have an active internet connection. The app is lightweight, and hence doesn’t consume a lot of disk space as well. Overall, the app makes for a great download if you are looking forward to having a good laugh with the king of comedy Mr. Bean!