Dead Space is a third person shooter action horror video game for X-Box 360, PlayStation 3 and Windows, coming from the stable of video games biggie, EA games. The game was launched at a hefty price tag when it was released back in 2008, but has been made available as a free download via EA’s download manager called Origin. This is free till 8th May 2014 only.

EA games has launched a new category called “On The House”. The games under this category are the ones that were paid initially, but have been made free for a limited time period (hence, the games are “on EA’s house). However, once you have downloaded a game for free, you can keep playing it free forever. EA would be making more games gratis under “On the House”. However, this is a limited time promotion. I suggest you grab your free copy as soon as possible. Also, make sure you’ve enough Hard Drive storage left, since this baby is big in the truest sense of the word, at a whopping 7 GB.

Let’s start with a small video of gamplay, that yours truly made:

Dead Space is a gruesome action video game that can get pretty bloody at times, and promises to keep you spooked the whole time with edge of the seat psychological thrills. The game begins with the player as the protagonist ship engineer of the game . The protagonist, Isaac Clarke must fight his way through the Starship that has been infested with deadly creatures going by the name “Necromorphs”. The Necromorphs are basically Zombie (Walking Dead anyone?) looking creatures who are jonesing for the player’s blood (Be thankful that’s just the plot of the game). The Game is set in the year 2508, when the Earth has experienced an Extinction Level Event (Remember Deep Impact?) and the only way to survive is to find another planet with life supporting resources. For years, a starship called USG Ishimura has been performing the task of finding new planets and mine them in search of life supporting resources , and now she has been found in a ransacked state, with the crew presumed dead. Isaac Clarke (The player) is the ship specialist engineer. Starting off with three AI players, they set course towards ISHIMURA in hopes of salvaging what’s possible and then carry on to find a planet with life sustaining properties. Isaac is also driven by memories of his girlfriend Nicole, who went missing in the mayhem. He also hopes of finding Nicole at the end of the his journey.

As Isaac Clarke, you need to fight and survive the Necromorph infested  Starship. The Necromorphs are none other than the crew of the downed ship who were all mysteriously killed, re-animated as vicious Zombies. Isaac wears a spacesuit fitted with Resource Integration Gear (RIG), which can display all sorts of vital information in holographic form. If the player chooses a weapon, a small holographic display mounted on Isaac’s weapon pops-up. The player’s health is shown as an indicator running down Isaac’s spine in the form of fluorescent light. The hologram lets the player see the 3D map images, or access the inventory screen. 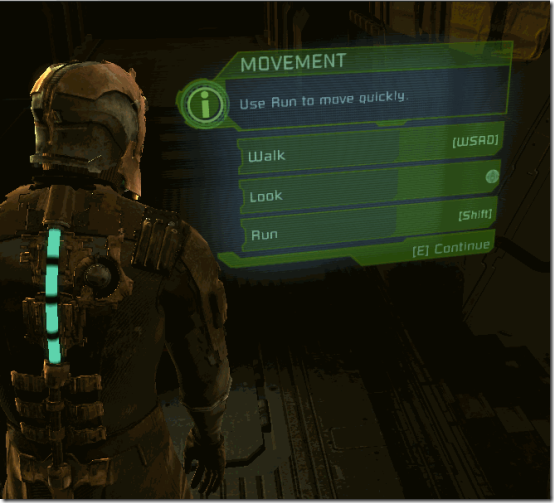 The combat technique is quite good as well. Killing the Necromorphs involves cutting down or shooting their limbs. Blowing their heads off is an exercise in futility. The weapons are mostly engineering tools improvised to emit powerful shock waves, and used as vertical or horizontal slicers. The player (and the AI comrades) advance as they kill the necromorphs with their customized weapons. Apart from this, there are vacuum and pressurized environments through which Isaac can easily sail with the help of his customized suit. Though he is susceptible to the toxins in the Environment as his supply of Oxygen is limited.

Apart from the protagonist, the game also has some more relevant characters, I would do my best in defining their significance to you in this section. 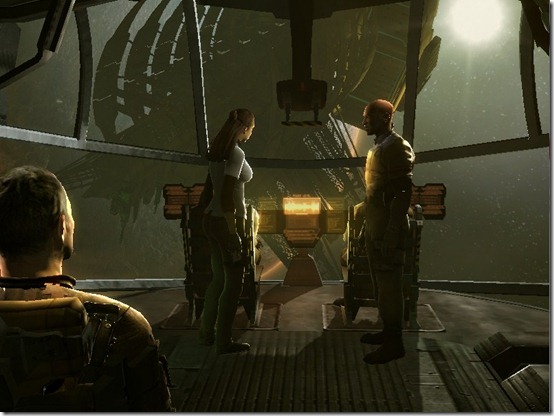 Kendra Daniels: She is a technologist and a part of the crew sent along to the Ishimura. she basically directs the crew and helps them to access to the unaccesible part of the ship.

Zach Hammond: The senior security officer who travels along  with them. Kendra is suspicious of him because of his initial desire to complete the mission and not immediately abort.

Challas Mercer: A doctor aboard on the Ishimura, one of the main antagonists who loses his mind and convinces the entire crew to commit suicide on religious grounds.

Terrence Kyne: The chief science officer in the game, who asks for help from the surviving member of the kellion team. The character appears later in the game.

Nicole Brennan: Isaac’s girlfriend who was assigned to Ishimura as a medical specialist. Her survival is doubtful n the game, she is the sole that Isaac went out for Ishimura. Isaac also hallucinates about his Nicole. 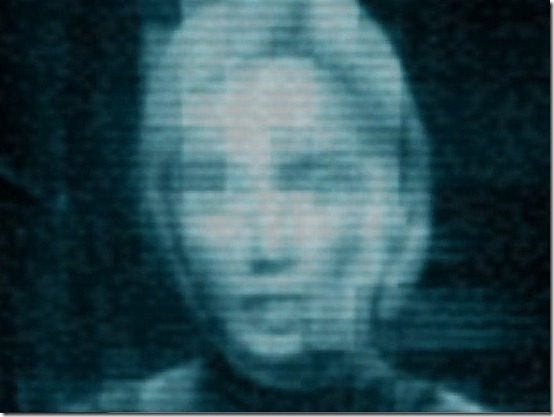 Jacob Temple: The chief engineer about who you will hear in the entire game

I guess I have briefed you enough with the the backdrop of the game. Time to get started with the game and discuss about the control.

How to play Dead Space On PC Free:

Step 2: Open the file when the download completes. The game starts with a short story, watch the story to understand the game.

Step 3: As soon as everyone de-boards the ship. You will have the control of the player. Navigate the player with the help of your mouse and initial controls are as follows.

There are more to explore,you can learn from the screenshot below. 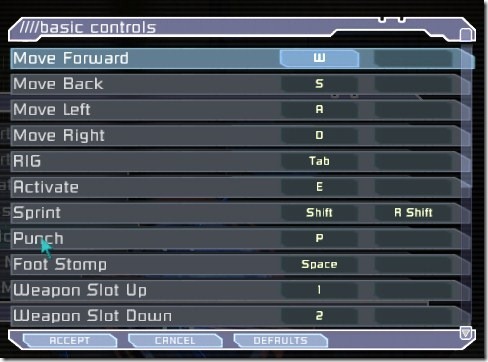 Dead Space is simply Great entertainment for the adult gamers, not only because of all the gore and bloodbath, but because of the really enrapturing story and unexpected twists. The suspense never wears off, and the game keeps you on the edge the whole time. It’s actually the kind of game that’ll you’ll find yourself playing obsessively to the point that she’ll start getting jealous (mine is already, nowadays!). Though this darling is quite heavy (7 GB), it’s still worth it, it will charm you with drop dead gorgeous graphics, and a really incredible background score. There’ll always be something that will keep you hooked to Dead Space no matter how long you play it. So,I rate the game as “Excellent”.

And If you are a fan of lightweight action games you can try this game for PC.