F18 Carrier Landing Lite is a free flight simulator game app for Windows 10. In this game, you have to play with your jet and then land it from the carrier onto the base. The game is complete with a full set of speedometer, radar controls, and flight map. You can use either the accelerometer or the keyboard controls for the game. The game is lightweight and is available freely from the Windows App Store. The link to the game is attached at the end of this review.

When you launch the game, you will be shown the main menu of the game which is visible below. 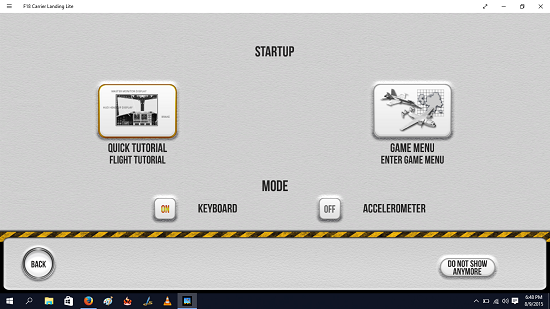 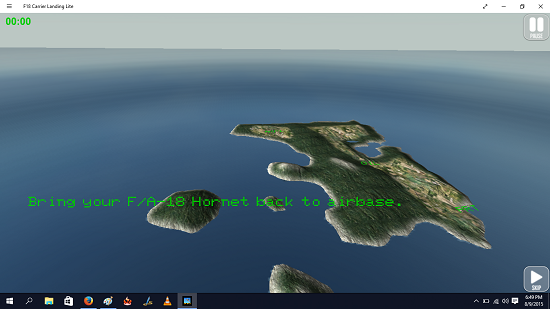 In the above tutorial you can see that the game starts off with a cut scene video of the flight at the carrier strip. You can see the gameplay in progress in the screenshot below. 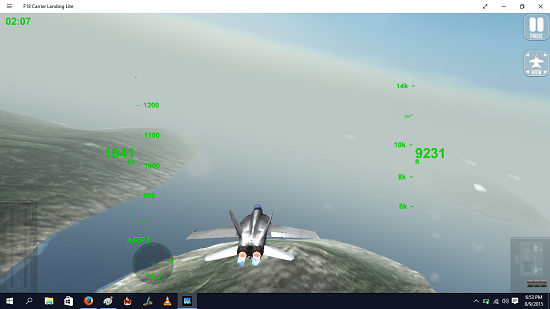 If you don’t land the flight properly, it will crash. You can see the flight crashing in the screenshot below. 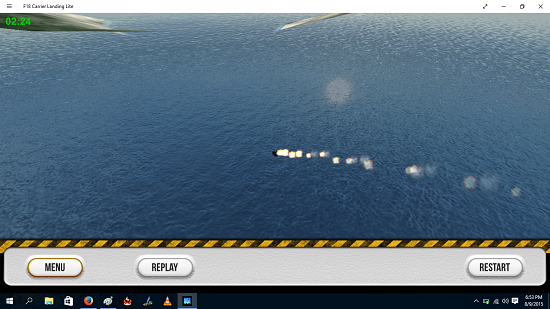 When the flight crashes, you will be shown a menu where you can choose to start a new game or replay the level or go back to the main menu. All these options are easily visible in the screenshot above. You can play the game with the controls below.

Apart from the above mentioned controls, you can also use the accelerometer type controls to control the flight.

F18 Carrier Landing Lite is a great game for Windows 10 which can be downloaded for free from the Windows App Store from the link below. I highly recommend giving it a shot!