This tutorial explains how to save animated GIFs from Twitter.

There are many sites (like imgur) which let you save animated GIFs using right-click context menu option, but same is not the case with Twitter. You can’t download any animated GIF posted on Twitter natively. However, there are few tricks or ways using which you can save GIFs from Twitter, which I have covered in this tutorial.

You can check and use any method you like. Let’s start with the first method.

This is a bit lengthy method but good enough to grab animated GIFs from Twitter. 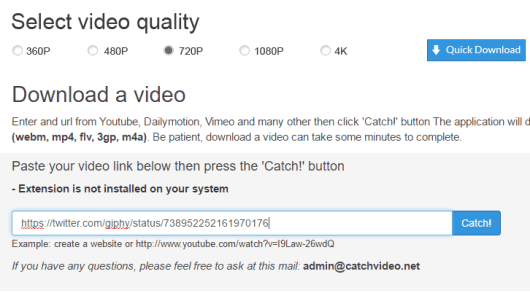 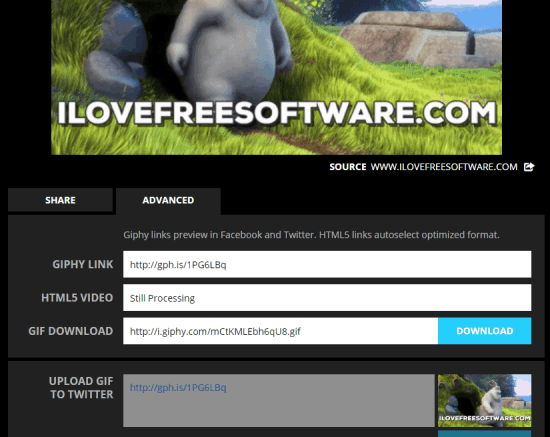 2. Use GIF Recorder To Grab Animated GIFs from Twitter:

If you need a faster solution to get animated GIFs from Twitter, then this method is really useful. You can download any software that can record the desktop screen as animated GIF. There are some good and free GIF recorder software that you can try. I personally use GoonCam software (you may also read its full review).

You can set the size of its interface and place it over the GIF file. Start the recording and play GIF. When the GIF is ended, stop the recording. After that, you can save the recording as GIF file. Before saving the output, you can also preview it and remove unnecessary frames. However, this feature is not available in all the software. Only a few support this feature.

If you use Twitter on Android phone, then you will like this method for sure. There is a “Tweet2gif” app for Android which lets you download animated GIFs from Twitter. However, this app doesn’t work for mobile links ( like mobile.twiter.com/12345) during my testing. I had to use the actual URL (starting with twitter.com/12345).

Step 1: Go to the homepage of this app and install it on your Android phone.

Step 2: Open the UI of this app. It has a simple UI. You first need to paste the animated GIF URL from Twitter and then click on Download GIF button. 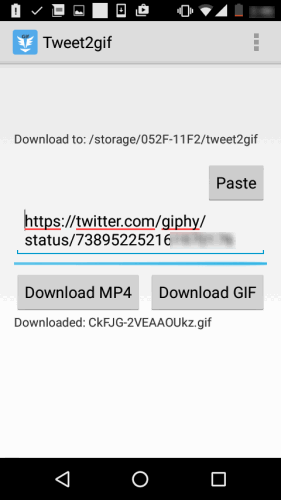 That’s it! It will immediately start the download of animated gif.

So these are some methods which can help you grab or save animated GIF from Twitter. In my opinion, the second method is good to try, but you will have to adjust settings before recording. If you don’t want to do that, then the first method is best. For Android users, the last method is surely a good choice.