Here’s a list of 3 offline reading apps which you can use to read articles from websites offline, without having an active internet connection. People who don’t have access to internet at all times might want to use the time that they spend without internet catching up on new articles posted by the websites that they keep track off. Having an app that can scoop up new posts for offline reading can come in handy.

Here’s a short list of Android apps that can do just that. 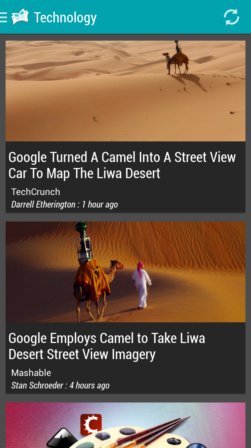 PaperBoy is a great app which will cache articles from websites and let you browse them even without an active internet connection.

This offline reading app works with feedly, but you can also add RSS feeds that you keep track of manually. Default feeds are provided by the app itself. They cover all the more popular websites for a particular interest group. What you see on the image above is are the default feeds for the technology enthusiasts. PaperBoy not only fetches the articles, but also formats them so that they’re more easy to read on a mobile device. 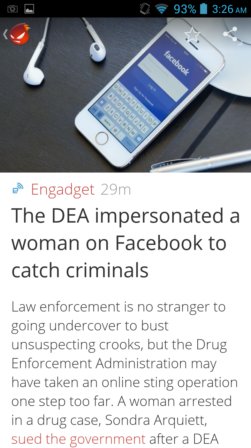 Flyne. The Offline Reader works pretty much like PaperBoy. Every article that you open up with Flyne is downloaded in the app cache and it will be available until the app cache is deleted.

Once that an article has been opened it will download to the Flyne cache. Articles updates can be fetched from existing feedly account, or alternatively you can subscribe to popular feeds from social networks like Twitter, which you’re offered very first time that you run the app. Default group of feeds are also available for subscribing, if you have no idea what to follow, which websites. Content pulled from websites is formated by Flyne for easier reading on mobile devices, same as PaperBoy.

Get Flyne. The Offline Reader.

Also have a look at 4 Free Offline Reader Apps For iPhone. 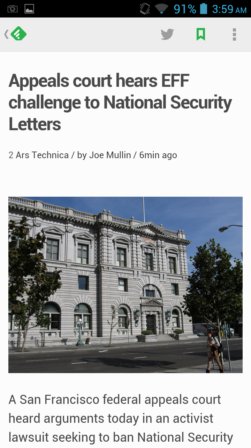 feedly has been mentioned in the previous two apps, as a place from where website subscriptions and feeds can be imported.

What you might not know is that there’s also an actual feedly app for Android, and another thing that you might not know is that it has an option to save articles so that they can be read later, the “read it later” option. It’s available in the top right section of the screen when you have an article open. Note that feedly also formats the article so that it’s more easier to read.

Make sure to also have a look at Free RSS Feed Reader With Offline Reading Support: FeedDemon.

All three apps from the list above are great and they can all come in handy when it comes to managing and reading updates from the websites that you subscribe to. I like PaperBoy and feedly the most, because they seem to have a lot of additional features, next to offline reading. But you really can’t go wrong regardless of the app you pick. Let me know how what you think or your suggestions in comments down below.