Here’s a list of 5 free counter apps for Android which you can use to setup counters for when you need to count laps (track laps when exercising), number of shots taken (basketball shots, for example) and more. A counter app can help you keep track of all these things by requiring you to simply tap on the screen or by pressing the volume button to up and keep a counter. Here’s a list of apps that do just that.

Click Counter Free is a counter app where in order to turn the counter up you’re required to press the volume key up. 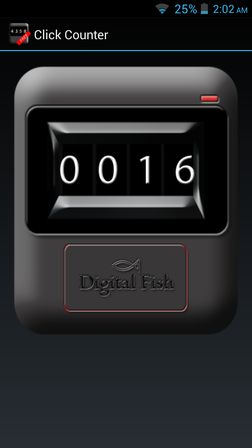 After you press the volume key up, the counter goes up and you also hear an audio notification. There’s also an optional on-screen button that you can tap to increase the counter (if volume keys aren’t convenient) and a speech assistant that will help you keep track of the numbers on the counter by announcing them.

Counter: Tally Counter is great because it allows you to run multiple counters at the same time. You can see the counter in action on the image down below. 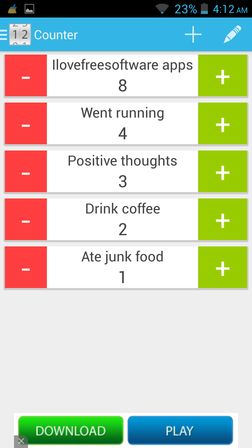 Also have a look at 5 Free Calorie Counter Apps For Android.

MULTI COUNTER is another free counter app for Android where you can run multiple counters at the same time. 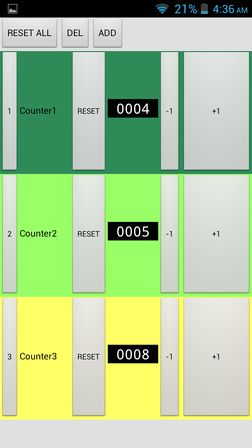 Interface isn’t quite intuitive as that of Tally Counter, but pretty much all the same features are available. Main controls are in the top left corner. Use the + and – buttons right column to increase and decrease the counter. Name of each counter can be changed by tapping on it’s row ID, the first on the left. Reset button in the middle resets the counter.

T-Counter can also be used for managing multiple counters, although on the image above I’m using only one. New ones can be added by tapping on the menu button in the bottom left corner. 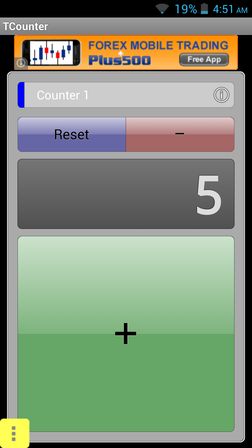 Volume is also used here to count, and you need to swipe left, right to switch between counters. By default you’ll have 4 counters and you can change their titles by taping on the i icon at the top.

Also have a look at 5 Free Habit Tracker Apps For Android.

Clicker Counter is a simplistic counter app that has a design of an actual counter, as you can see from the image down below. 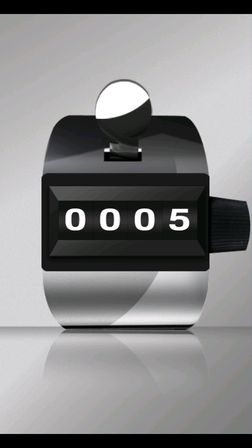 App opens up fullscreen, and there are just 2 buttons that you can tap. The increment button at the top, which increases the counter and the reset button on the side. App has a retro feel to it, and it’s very easy to use.

2 counter apps from the list above caught my eye, Tally Counter and Clicker Counter. First one if very functional, with lots of features, while the other one is in the opposite extreme, it’s very simple. Try them all and let me know what you think in comments down below.