Here’s a list of 5 baseball games for Android which you can use to play baseball on your Android powered tablets and smartphones. Some of the games from the list down below are a bit more graphically demanding, but there are also those that can be played just fine on older phones as well. There are games that are very realistic, for more die-hard baseball fans, and there are also those that are simpler, which can be played by casual gamers.

9 Innings is a very realistic baseball game for Android where you need to go through a longish tutorial to figure out how to play the game. Controls are mostly touch, and the game comes with a player card system that has photos and stats from players of around 30 Major League Baseball teams (United States). 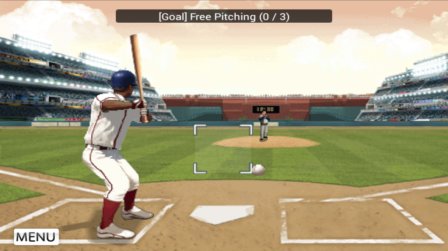 9 Innings is actually the official app supported by the MLB. You go through the entire game. Play as the batter, pitcher, hold down bases, fight for them and more. Make sure you go through the tutorial first, because you’ll need it to figure out all the ins and outs of the game, and there are many.

TAP SPORTS BASEBALL is much simpler than 9 Innings. It lets you play against random strangers online, or against friends (for which you are required to login with Facebook). 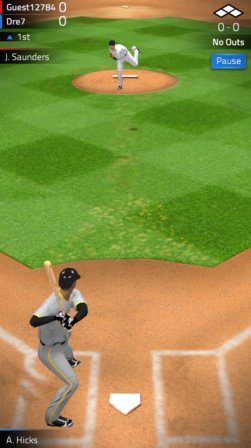 Controls consist of a single screen tap (for batting the ball). There are no complicated double or triple taps like there are in the previously mentioned baseball game for Android.

Also have a look at Free Running Apps for iPhone.

Flick Home Run! is a great casual baseball game where there’s even less of a learning curve that you need to go through in order to figure out how to play the game. 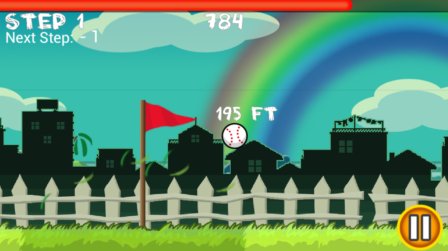 Here you just play the role of a batter and the goal is to get the ball as far as out as possible by flicking it (swipe on the screen). Play the game, compare high scores against other people online to see how well you did.

Baseball Superstars brings a bit of cartoonish looking graphics, but the controls are very playable and fun. 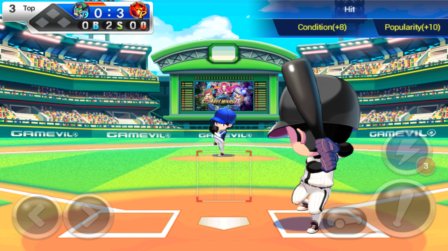 At the very start of the game, you’re given a choice to be either the batter or the pitcher. Baseball Superstars has detailed stats about the virtual championship where you’ll be playing. They are extensive and the menus (not the gameplay) are a bit more complicated. That might be something you’ll have problems figuring out.

Also, have a look at Windows 8 Baseball App To Stay Updated With Your Favorite Team News.

BIG WIN Baseball is more of a managerial baseball game, where your goal is to pick, trade and setup the perfect team that’s gonna rival all the other teams in the championship. 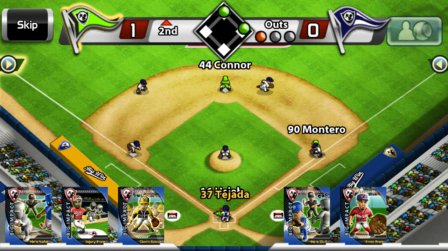 Note that this isn’t like one of the other baseball games that I mentioned here. Gameplay implies setting up team players, trading with other teams and the actual matches like the one that can be seen on the image above are played automatically.

When it comes to realism and stunning graphics, 9 Innings takes the cake. It’s hands down the most advanced baseball game out of all 5 that I mentioned. TAP SPORTS BASEBALL is close behind and BIG WIN Baseball is for all those interested in a managerial position in the MLB.