FIFA is one of the Giants in the World of soccer based video games. It’s also one of EA’s best selling titles of all time. FIFA is the kind of game that a die-hard football gamer wouldn’t mind shelling a few bucks for. And it’s now available as a free download. YES! You read that right, one of the most lovable Games from EA sports FIFA can be now be downloaded for free; all you have to do is get a free account on Origin. Though this is not the much awaited FIFA ’14, but certainly something is better than nothing. The move from the EA games is something to be applauded, especially with just about 2 months remaining for the FIFA World Cup 2014.

You can also try this very cool lightweight soccer game for PC.

Before we go further, let me treat you to a small video of this game:

After you get yourself an account on the Origin, you have to download an application for the same as well. When you open the application it will direct you to the online store of EA (believe me! It’s a gamer’s paradise!) , the store contains all sort of games and you can download this FIFA game for PC free from there. You will have to download the game from  the link provided there and then play it online or offline. Now, you can only play the game from your Origin application, so developers have made sure that the Origin application works  even offline (whazaaaaaa!!) . 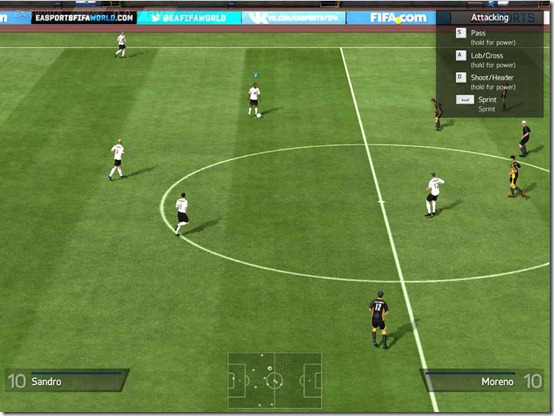 Enough about Origin and EA sports; now something about the game. Though they have managed to launch the game for free, the game is still quite heavy, at about 2.2 GB. The Graphics are top notch, as you would expect from any EA title. The game has three modes: The Ultimate Team, Single Player Tournaments, and the Team league. 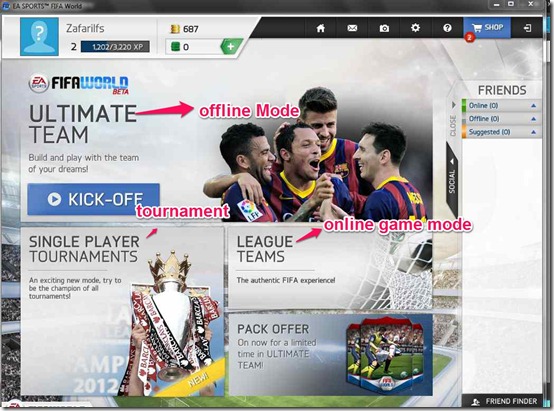 Play with the dream Team. True to the title, the mode lets you to play and build your best team.. The lot is decided based on the number of transactions in the FIFA World Transfer market . So put on your Barcelona jersey and play forward as Messi, defend as Gerard Pique and play with Xavi as your midfielder. 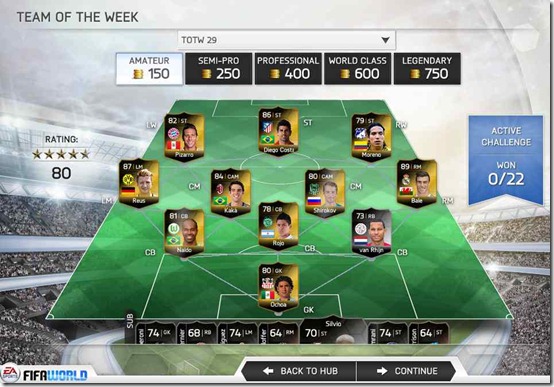 Finally there is something that the fans have always craved. This exciting mode delivers 14 new single player tournaments, featuring varying squad requirements, difficulty and rewards. The tournaments are available from the start, you win them to advance to the next level.

The third mode is team league is an online mode you can play over a Network. It’s the only mode of the game that requires you to be online.

Apart from the above packages, the control of the gameplay is quite simple (actually ridiculously simple if you’re a seasoned gamer). You can control the players with the keyboard, mouse or both. If you are controlling through your mouse, then navigate the players with it and kick the ball with the left click. 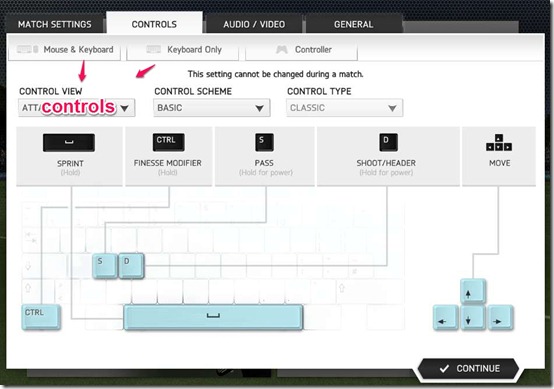 To alter any of the control settings, hit ESC anytime during the play and you can change them in the settings.

Now let me summarize the entire journey from getting a user account to starting of with your first game.

How To Play FIFA on PC Free:

Step 1: When you open the link provided at the end of this article, you will be directed to a page where you get to make your free account. After you are done making your account, you will have to download the Origin application launcher.

Step 2: Open the application and choose the option to go online. You will see an online library of paid and free EA games. Find your free FIFA game over there. When the file is downloaded, open it with your Origin account (You don’t have to be online for this).

Step 3: The first window will show you the three gaming modes. Choose any one and follow the instructions. You will be playing with the legends in no time. Navigate the players as mentioned above in the article and advance to the next stages.

Though the controls seem easy, playing the game is not that easy, so I suggest you practice well and get used to the controls.

No, this time I did not forget to mention the pros and cons part, I’ve just preferred to skip them this time, because there are no cons but endless pros to the game. Even if you play it for a year at a stretch, you won’t be bored. So my Verdict to the game is Excellent. Now stop abusing me for such a long article and get yourself started from the link below.