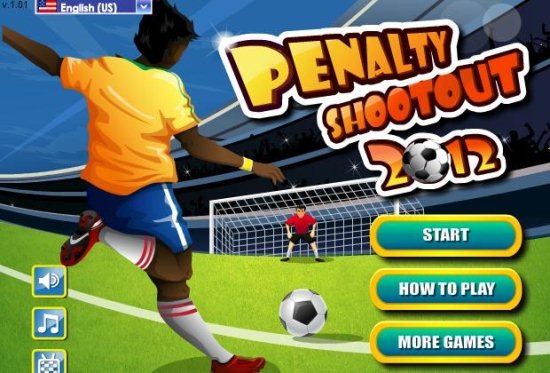 In Penalty Shootout 2012, imagine that there is always a penalty shoot rule after the game. You are the best striker of your team and you have to kick those penalties to make goals for your team. You also have to defend the penalties of the opposite team and stop them from making goals. You just have to use your mouse to adjust the timing & accuracy of the kick and shoot goals. Same rule applies to the goalkeeper defending your goal post. If you make it to the finals then the difficulty increases. Keep reading to learn how to install and play the game. 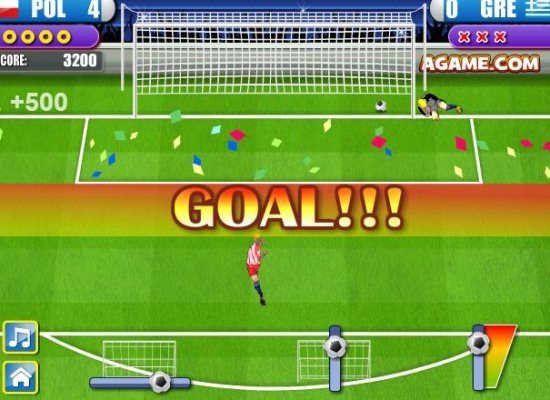 How To Install And Play This Penalties Game:

Just click on the app link given at end of the article and install it on your Chrome browser. After launching the app you will see the screen like shown in first screenshot. Click on Start button to start playing the game. You will be asked to choose a country, do that, and start playing. You will be allotted random matches to play and if you win in three matches, then your country will be selected for quarter finals. If you win the quarter finals, then you will have to play semi finals and the finals to win the cup. But once you enter the quarter finals the speed of the game will increase and so on. The road to final teams will be shown as in below screenshot. 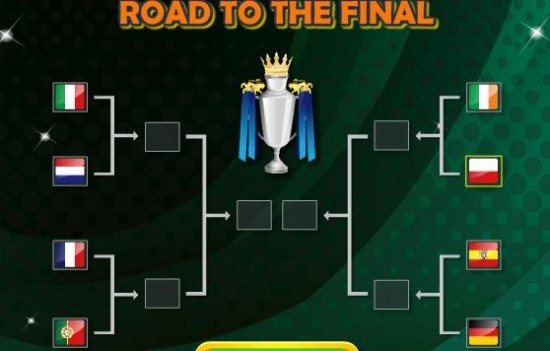 Controls Of The Game:

The controls are pretty simple. The meter position of making a goal will be moving from left to right and then top to bottom positioning also. Click at the right time and then the power of the kick meter also should be arranged by you. Then the striker will automatically kick the ball. While goalkeeping, just before the opposite team guy shoots a gloves symbol will be shown and you have to click it accordingly (shown in below screenshot). The scoring depends on how you kick the goal or defend your goal during goalkeeping. The sound effects can be ON or OFF by just clicking on the music icon. 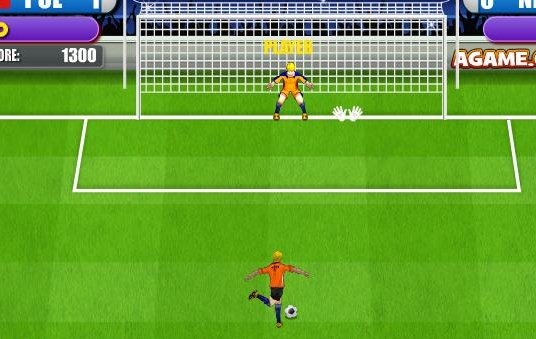 The Penalty Shootout 2012 is a good soccer game for PC; where you will enjoy shooting goals. There’s not much action involved but the game is still interesting. You can also try Football Playbook to guide the ball from goalkeeper to striker to make goals.