Papa Pear Saga is a free puzzle game app for Windows 10 devices which has been developed by the developer King. The game is pretty neat, and is based on the shooter concept. In the game, you need to shoot pears from the top onto the mushrooms at the gameplay area. The pear will bounce on the mushrooms and finally land into canisters at the bottom of the gameplay area. The game can be linked up to your Facebook account and hence makes for a great download for gamers who like to keep track of how they are scoring with respect to their friends. 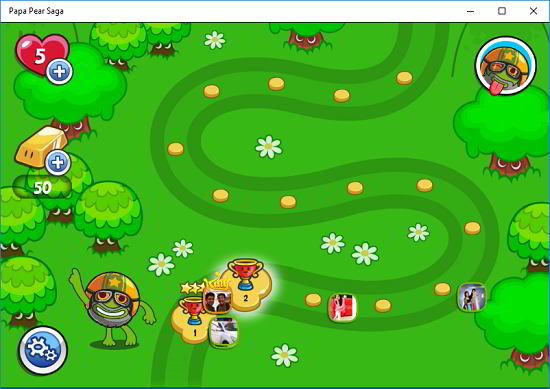 Papa Pear Saga is a very easy to play game which can be played via simple mouse controls. You can simply move around the Pear shooter at the top of the screen to aim at the fruits at the gameplay area. The more the pears bounce on the fruits before landing into the canisters, the higher you score.

Alternatively on touch enabled devices, you can also use the touch controls for accomplishing the same task.

When you run the game on your device after it is installed, the home screen or the main menu interface of the game appears on your system. Here you can either choose to start the game or connect your Facebook account to play with your friends. 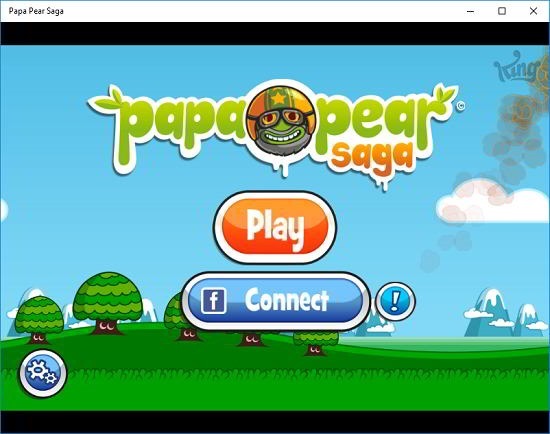 I went ahead and connected my social account to the game. Doing so was incredibly easy – just click on the Connect button and enter your Facebook username and password and you are good to go – no questions asked. The app doesn’t post without your permission, so that’s a bonus for those who hate spam apps. Then you can just click on the Play button and the gameplay takes over. When it’s your first time playing the game, a brief tutorial is presented on your screen which you can go through to learn the basics of the game. The tutorial is neatly detailed and a screenshot of the same is shown below. 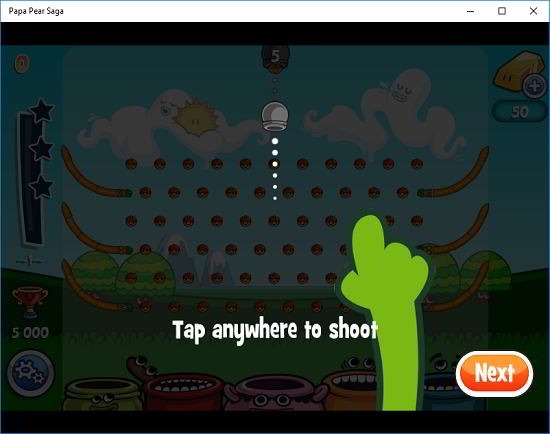 Simply click on the Next button in the tutorial screen when you feel that you have learned enough about the game. Now the gameplay screen takes over. 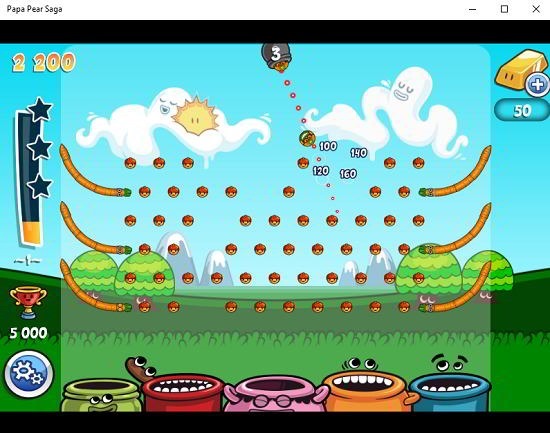 You can see the remaining number of pears in your shooter by simply taking a look at the pear shooter at the top center of the screen. As you can see in the screenshot above, I still have 3 pears left before I run out of ammo. The pear bounces around on the fruits and vegetables in the gameplay zone. The more it bounces, the higher score you get per shot. You can also keep a track on your star rating at the left side of the screen in the star meter. The pears land in the canisters once they have bounced. The canisters are present at the bottom of the gameplay screen. Once you run out of pears, the level completion screen appears. 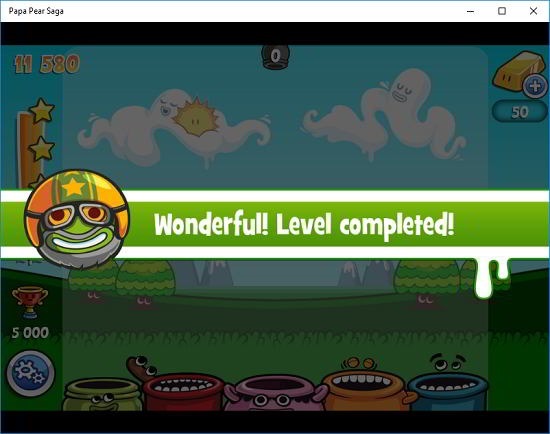 Which is then followed by the star rating screen… 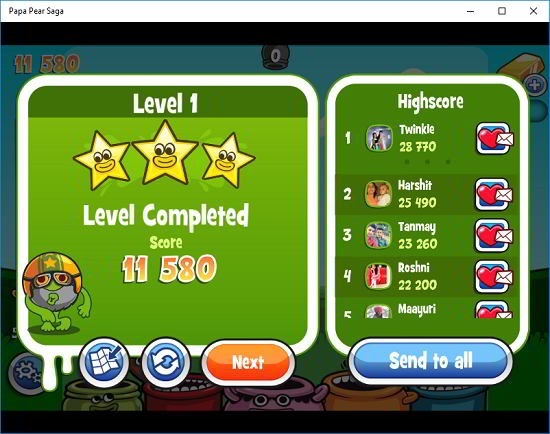 In the star rating screen, you can also see the scores of the other players whom you have connected with on Facebook. You can also send them lives. Now that you have learned the basics of the game, you can go ahead and click on the Next button at the bottom of the screen above, and be taken to the map. In the map, you can play levels as and when you unlock them.

This concludes the main features of Papa Pear Saga for Windows 10.

You can get Papa Pear Saga for your Windows 10 device by clicking here.