XML Notepad 2007 is a free software to browse and edit XML documents. This lightweight and intuitive application provides a handy bunch of features for tinkering with your XML files. XML Notepad 2007 includes a detailed tree view actively synchronized with node text view for quickly editing node names and values. Apart from that, it supports incremental search in both of these views for automatic navigation to matching nodes. Infinite undo/redo on all editing operations ensures that you can edit your documents easily. In addition, XML Notepad 2007 includes goodies such as instant XML schema validation, configurable UI elements such as fonts and colors, and much more. This thing can handle XML documents of all sizes like a champ. Sounds pretty good, right? But don’t just take my word for it. Keep reading, and find out yourself.

How to use XML Notepad 2007 to browse and edit XML documents? 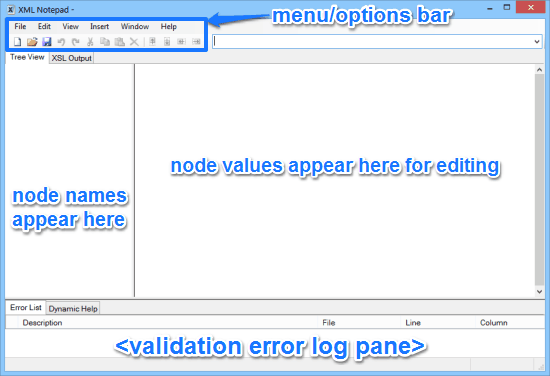 As is clear from the above screenshot, XML Notepad 2007 has an easy to understand UI. It’s primarily divided into two major vertical sections. The left pane is where the expanded nodes (and their names) appear in the form of a tree, whereas the right pane details the value of the node selected for editing. There’s also a horizontal section at the bottom, that logs XML schema validation errors, as the document is being edited. Other than that, there’s just a standard pair of menu bar and options bar up top.

Using XML Notepad 2007 is super simple. In fact, if you’ve ever created or edited a document, this one should be a no-brainer. Simply load up an existing XML document (or create a new one), edit it, and save it. The following steps illustrate the basic working of XML Notepad 2007:

Step 1: Once you’ve opened up a document for editing, the constituent nodes appear in the left pane. Selecting each node displays its values in the right pane. All you have to do is click and start editing. Here’s a screenshot: 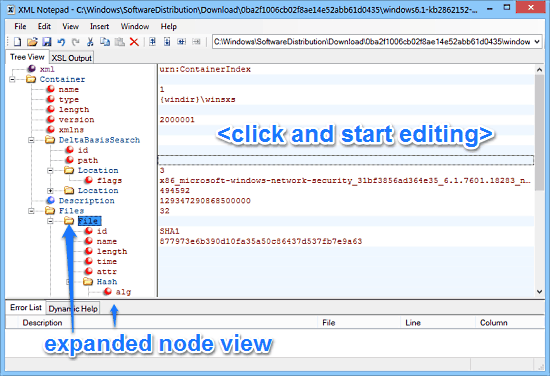 Step 2: You can easily re-structure the nodes via simple drag and drop operations. The drag and drop feature works even amongst multiple instances of XML Notepad 2007. Each node value when double clicked, also makes the corresponding node active in the tree view pane. Once you’ve made your edits, simply save the changes. That’s how simple it is! 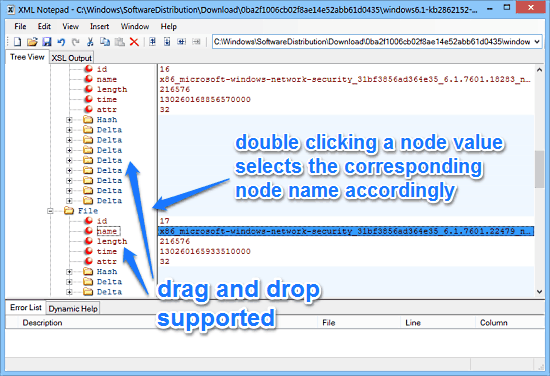 XML Notepad 2007 is a nifty freeware application to browse and edit XML documents. While simple and intuitive to use, it packs in quite a robust set of features for hassle free editing of XML files. Features like incremental search, infinite edits, node/text views etc. really make it a solid application. Add to it the fact that it’s quite lightweight, and the application becomes even better. If you’re looking for a simple and straightforward way to edit your XML documents, look no further than XML Notepad 2007.