I, Gladiator Free is a free PvP (Player vs. Player) combat game for Windows 10 devices. The initial process of the game asks you to set up your profile after which you are asked to choose your equipment for the battle. The game is set in the ancient era where you play as a gladiator and the aim of the game is to become the best gladiator of them all. The game is great for times when you wish to experience what it would have been like to be a gladiator in the old ages. The game has easy controls and it runs you through a simple tutorial when you first run the game so that you get accustomed to the controls of the game.

I, Gladiator Free is available for free from the Windows App Store.

The features of I, Gladiator Free for Windows 10:

Launching the game will bring up the main menu where you just have to select the Play button to start the game itself. 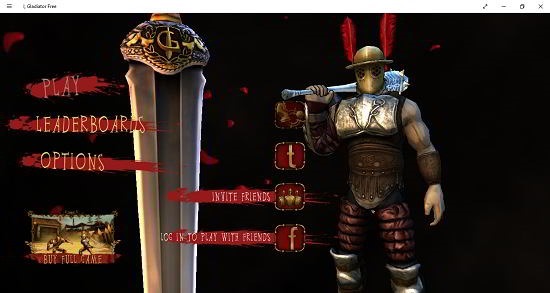 When you click on the Play button, an interface to create your profile will pop up on the screen. 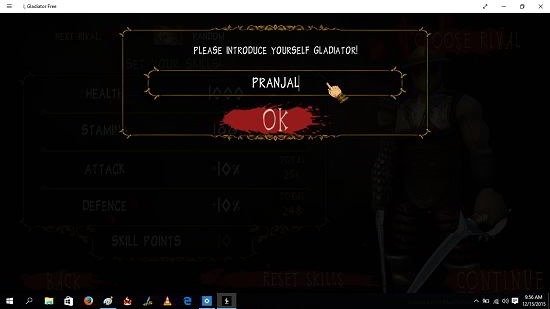 Here, you may enter the name with which you want to be referred to in the game. This may be your real name or any other fancy name, it hardly matters! Once done, you will be asked if you wish to start the tutorial, and if it’s your first time in the game, it’s highly recommended to go through it. The tutorial is very interactive and is an actual battle of the gladiators where you are made accustomed with the controls to the game. 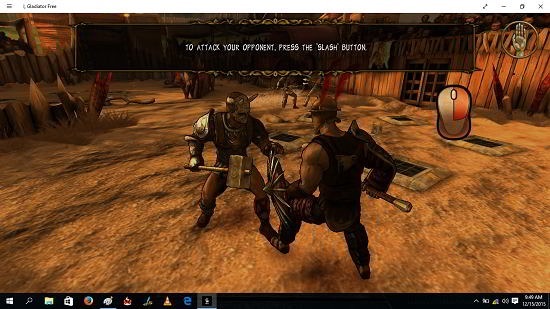 The tutorial battle will display the controls at the top right, with the text indicating what the button does at the top center of the screen. The controls are pretty much self-evident to say the least. At the end of the tutorial, you will be taken to the real battlefield itself where you will be on your own. 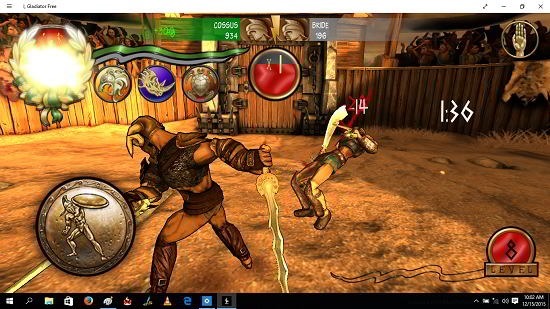 You can see the health meter and the score meters at the top of the screen. The time elapsed whilst in battle is shown at the top right. When you attack an enemy, the damage points show up on the screen in a neat manner. Upon your death in battle, you are shown your stats. In each battle you have to confront multiple gladiators. 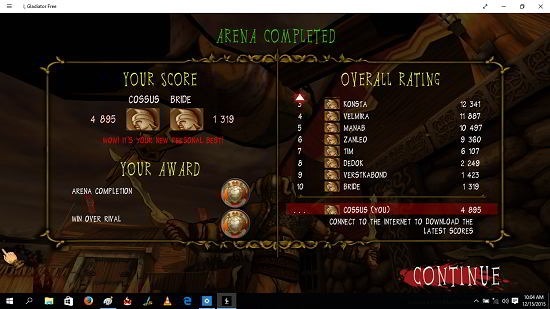 You may also choose to upgrade your equipment etc. from the screen which follows. And that’s a wrap for the feature set of this game!

I, Gladiator Free makes for a great download on your device if you like PvP games which are combat oriented. The game is absolutely free and can be grabbed for any Windows 10 device from the link below.

Get I, Gladiator Free.