Here’s a list of 5 anti theft alarm apps for Android which you can use to secure your Android powered tablets and smartphones from theft. Alarm apps that we’re gonna cover here can be used to protect you device from being used by nosy family and friends. Alarms can be triggered either by setting off the motion detector, removing phone from charger or when the wrong pin number is typed on the lock screen (this one requires you to have the a lock screen with a pin number).

Let’s look at the apps we found in the Google Play Store. 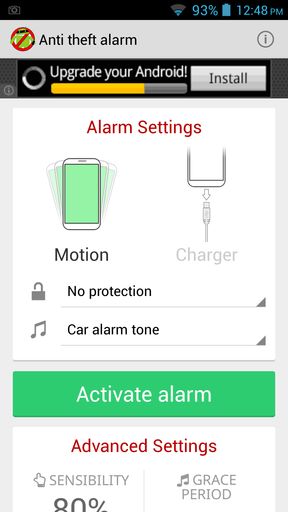 Anti Theft Alarm uses two of the theft detection methods that I mentioned in the introduction to detect if someone is messing with your phone.

It can detect if someone is using your phone by monitoring motion sensors and the charger. Depending on which method you’ve chosen, if someone removes your phone from the charger or if they just move it an inch, you’ll know about it. Alarm can be PIN protected so that you need to type in a PIN when deactivating it. 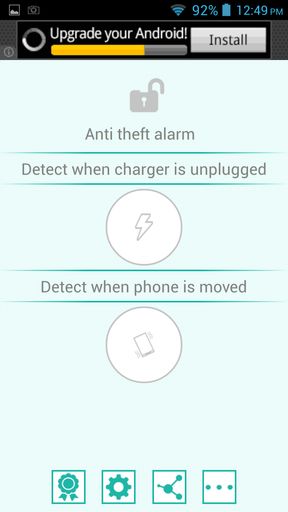 Anti Theft Alarm by RaLok has all the same features that the previously mentioned anti theft alarm app has, only it has a much smoother interface.

Pick one of the options from the main menu that pops up and setup the anti theft protection that you want, charger fiddling or phone movement. By tapping on the settings down below, you can also setup a password so that no one but you can turn off the alarm. 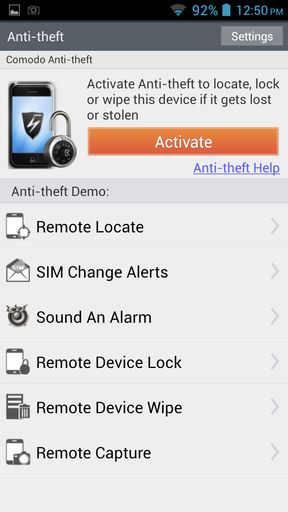 Anti Theft Free is an Android anti theft app for Android which has a whole heap of theft protection tools.

This app is aimed more at situations when your phone does get stolen by someone, that’s why you can see tools like remote locate, SIM change alerts, remote device lock and wipe, remote capture, next to the standard sound the alarm option. 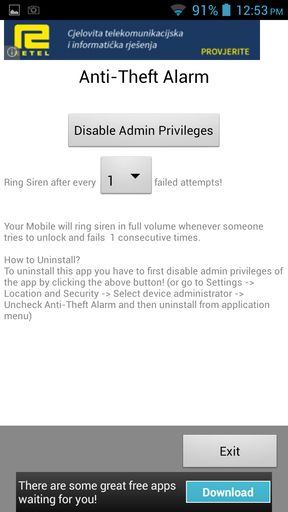 Once that you’ve activated this Anti Theft Alarm it will monitor the number of times someone has typed in the wrong PIN or the wrong pattern at the lock screen. If that number goes over the number of tries you’ve setup in the app settings, the alarm will go off.

Also have a look at LAlarm – Laptop Security Software to Prevent Laptop Theft. 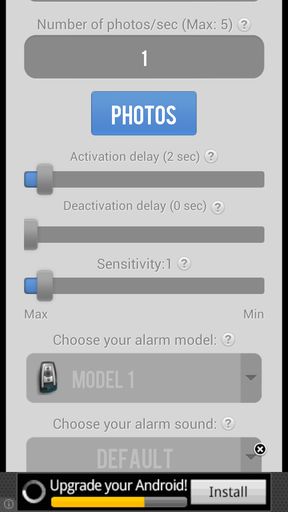 Anti Theft Alarm by Jorli Apps will sound off an actual car alarm if someone just moves your device or removes it from the charger.

A very useful feature that’s available in Anti Theft Alarm is the ability to take images with the front camera when someone picks up the device. This will help you find out who exactly grabbed your device to activate the alarm.

All the apps that I mentioned above are great at what they do. They all worked as advertised so it’s difficult to pick one particular app to single it out. I might give the Anti Theft Alarm by Jorli Apps a slight head start, but only because it takes camera pictures.