The app activates an alarm sound when your Android detects any of these actions. Alarm sound tells you that someone else is trying to use your Android phone which you can immediately go and save from others to use it. Movement and camera detection feature is only available in Pro version of the app. The app runs in the background after its activation. The app provides you the notification in status bar after the activation. 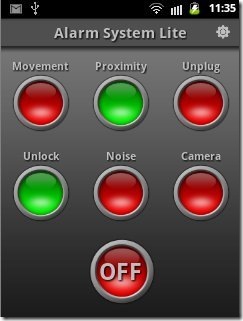 Mobile Alarm System provides loud alarm sound according to the set volume from the settings menu. You cannot control the alarm sound volume with the media volume controls of your Android phone. You have to preset the media volume from the settings menu of the app. The app also has a PIN lock feature, but it is available in the Pro version of the app.

For making your photos and videos secure, you can use Gallery Lock Lite app for Android.

Click here to download and install Mobile Alarm System Lite app from Google Play Store. For direct download link, you can scan the QR Code below. 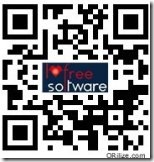