Telepaint is an adventurous free puzzle game available for download on Windows and Mac. Use portal energy to solve puzzles and have fun.

Telepaint is basically a retro gaming style free puzzle game; where you have to direct a paint can to port from one place to another. Ultimately you have to solve different puzzles; where adventure is part of the game. Telepaint download size is less than 2 MB. 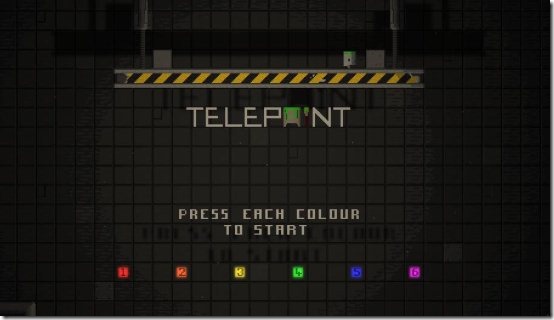 How To Play This Free Puzzle Game:

Telepaint is definitely not an easy one because the puzzles get complex as you progress through stages. As soon as you start the game, you will be given a little guidance. You will be asked to press each color but actually you have to press the numbers that represent the colors (as shown in above screenshot). Better remember those colors and their numbers; those will be helpful during the gameplay because the whole game runs on these numbers only. 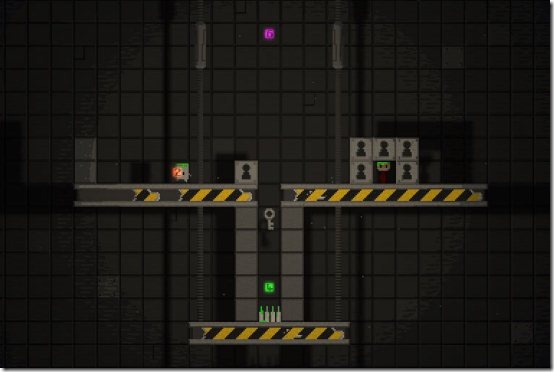 You may think it’s very easy, because you just need to port by using six numbers. But it’s not as easy as it sounds, there are dead ends, traps, pits, etc. (like shown in above screenshot). So, if you fall into any of the traps or die, you will be given another chance and you can die any number of times; but you will be given a chance again. Most of the time, you have to reach the keys which opens the locked locations. These locks will open dead ends or a part of the map which you have to reach or the final destination or sometimes dangerous locations too. So, be quick in pressing those 1-6 numbers to port between those numbers.

In this game the colors represent portal form, you can also try different portal games like Mario with portal gun and Tag the power of paint. 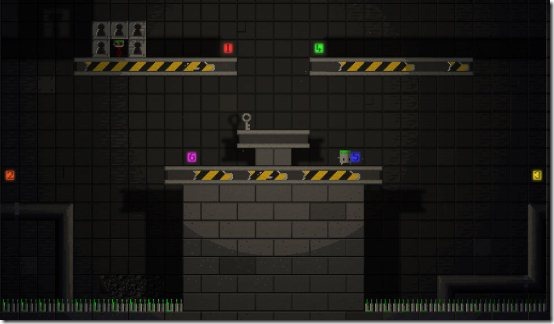 The controls are pretty simple that is you only need the number keys from 1 to 6. Even if you quit the game in between, you can continue from that stage next time you start the game. If you want to change the level you want to play, then use the config file in the download folder. You can also change the windowed mode or full screen mode also in this config file. The graphics and sound effects are nice enough and suits the game. So, try this fun filled free puzzle game and let me know your opinion in the comments section below.