Flutter is a free hand gesture utility which you can use to control your favorite music players. Controlling applications with hand gestures is becoming more and more popular, especially now that gaming consoles like Xbox have showed people how much fun and ease of use this type of control involves. What Flutter offers is a fully functional, hand movement control system for 4 of the most popular music players on the world:

Using this application is not very difficult, mainly because there’s no need for actual computer interaction, but there is some basic configuration that’s necessary before you can start using music player hand gestures app, and let’s not forget that there’s also some basic equipment that you need to have, by equipment we of course are talking about a web camera.

Why web camera is necessary is pretty much obvious, you need it so that the computer has eyes, an input device with which it can monitor for any sign of hand movement which is set as the trigger for music player control. 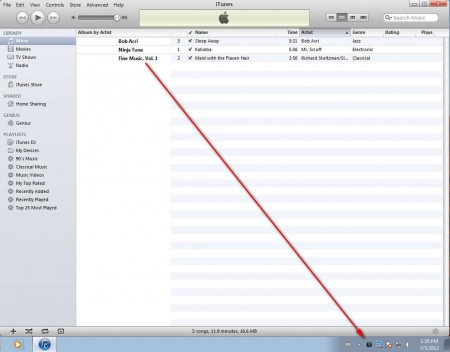 What you see on the image above is Flutter running in the system tray, and iTunes opened, ready to receive commands from Flutter. After you start Flutter for the first time you will gonna have to go through the setup wizard where you will be able to make basic config of the entire hand gesture control system. 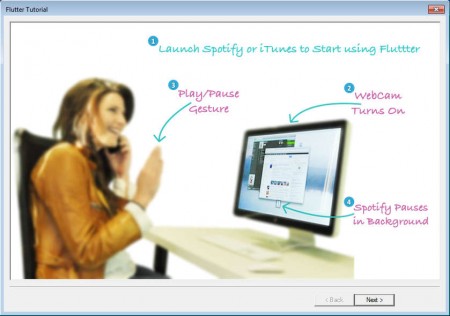 During this config you will also be warned if there is no application running from the list of previously mentioned 4, that you start one up. For now Flutter is only available for these 4 players, and on top of all that it’s only available for Windows 7 and Mac, so users with older version of the Window system cannot use Flutter. 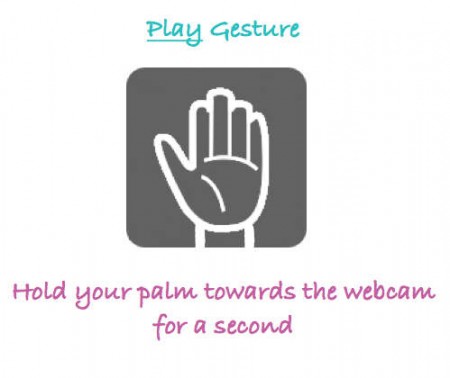 The most important step that you’ll need to go through can be seen above. This is where you will be asked to assign a hand gesture to the Play command of your music player. On the following screen you will be informed that the same command also applies for the Pause command, so whenever you want to start playing something, or resume songs you simply do the recorded hand gesture.

Which options can be controlled with Flutter

There are only two options that you can control with Flutter, these would be the two previously mentioned Play and Pause. Other options cannot unfortunately be controlled with the help of Flutter, and if you were looking for something more advanced, you’ll need to look elsewhere.

With that being said, there are still a lot of situations where you can use Flutter. For example if you are having a party and you want to impress people, you can just walk up to your computer, Flutter will automatically detect you while you come up to the camera, it will be running in the system tray, and you can wave your hands to start the music, very cool addon indeed, use it for free.