Here’s a list of 5 alternative music player apps for Android which can be used as an alternative to the default Android Music Player that’s found on most Android powered devices. Not that there’s anything wrong with the default music player app; I’ve used it on many of my devices, but there are also other which are worth checking out. Let’s see what exactly it is that’s available.

Musixmatch is an alternative music player for Android that I only recently discovered. It’s key feature is the inclusion of lyrics fetching and playback alongside the standard music playback. 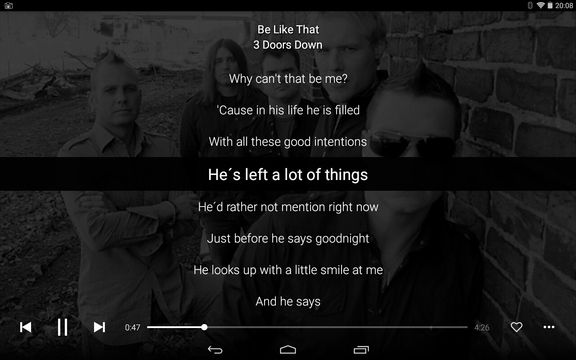 On the screenshot above you can see what I meant when I said lyrics playback. Lyrics will play in sync with the music. Background of the music player will show a slideshow of images of the current artist. Other features are also available like equalizer, music casting via Chromecast, sleep timer, artist/song info fetching, Android Wear and Android TV support.

Rocket Music Player is a music player for Android that I used for a long time. It doesn’t have lyrics fetching, but it does allow you to load up and view lyrics embedded in ID3 tag data. 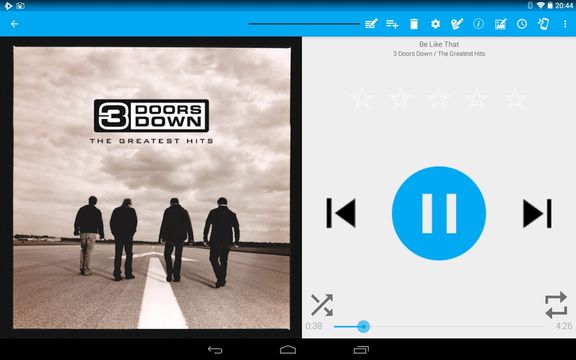 Interface is pretty ordinary, with all the controls being laid out in the top right corner. More interesting features include limited support for viewing videos, iTunes podcast syncing, support for themes, sleep timers, equalizer with 30 presets and more.

Also have a look at Free MP3 Music Player and Organizer: Musican.

n7player Music Player takes a bit of a unique approach when it comes to music library management. After launching the app you’ll see something similar to an image gallery of album art. There are gestures, like two finger zoom, that you can use for zooming in and songs enqueue. 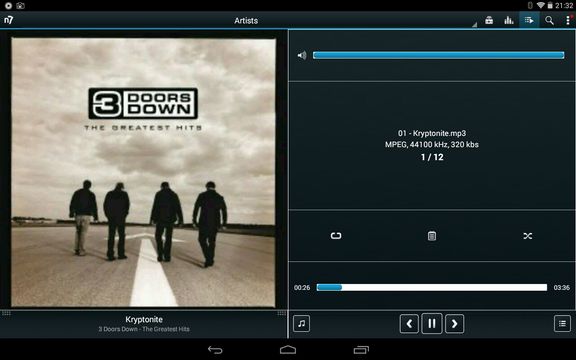 Search tool is available for quickly finding songs you want, as is equalizer with effects, tag editor/album art grabber, support for all the more popular audio formats like MP3, OGG, WAV, MP4, M4A, MID, FLAC, etc. Themes can be changed and the entire interface customized to your taste with custom lock screen playback controls and widgets.

BlackPlayer Music Player is a minimalistic music player app that has all the basic features like playlists, equalizer, music search, but it’s wrapped up in a simplistic interface design. 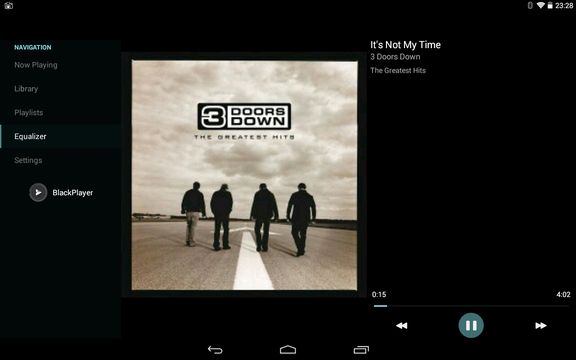 Entire list of songs from your library is what you’ll see after launching this app. After that they can be additionally broken down by artist, album, or genre. Something unique found in BlackPlayer is “most played this week” list of songs, which gives you a list of most played songs in the recent week.

Also have a look at 4 Music Players Without a User Interface. 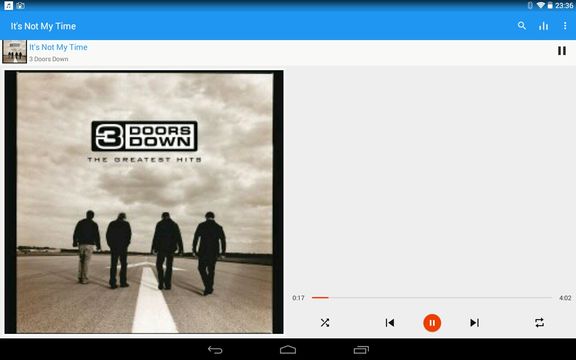 At the app launch, you’ll be asked to select a color scheme, between 20 available colors schemes. After that you’ll be greeted with a library divided up into albums, tracks, artists, genres, folders and playlists. Music search, equalizer with presets, shake gestures, and sleep timer are available.

Get Music Player by mytechnosound.

From the 5 alternative music player apps for Android above (and all the other that didn’t make the cut) I really liked Music Player by mytechnosound and Musixmatch. First one is interesting because of simplicity and minimalism while the second one because of advanced features like synced playback of song lyrics. Let me know which alternative music player app you think is best in the comments down below.