Scriptable Bulk File Editor is a free batch text editor which you can use in order to edit multiple text documents automatically using scripts. These scripts can be written to do pretty much anything with text inside documents, delete lines, add lines of text, rearrange line ordering, insert line breaks and much more.

Text documents that you’d like to edit have to be open up all the way at the top, using the Source open file dialog. Multiple files can be opened at once. Scripts with instructions on how to edit opened text documents can be opened as files, they are called Control files, or you can create and edit them manually, notice the New, Edit and Save button next to Load. Original text files are not touched by this free batch text editor, they’re only edited and saved in a different location. 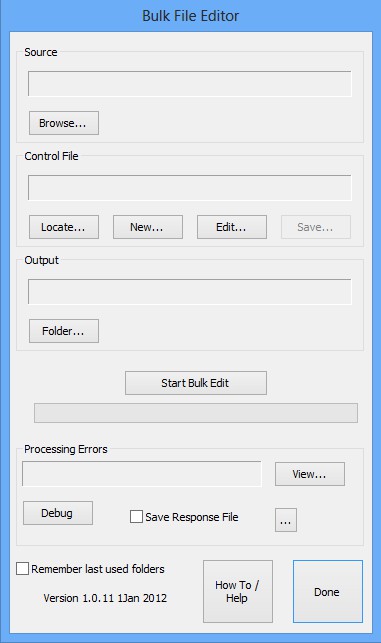 Example code above removes all the lines from a text document except the first one, and then adds a new line where it writes ILoveFreeSoftware three times. This is just an example, there’s dozens more commands that you can use to edit text documents. Key features of Scriptable Bulk File Editor are:

The first thing that you need to do is open the text documents that you’d like to see edited by clicking on the Browse button all the way at the top. Once you’ve done that, you can either click on the Locate option of the Control File section to open existing script or New to create a new one. 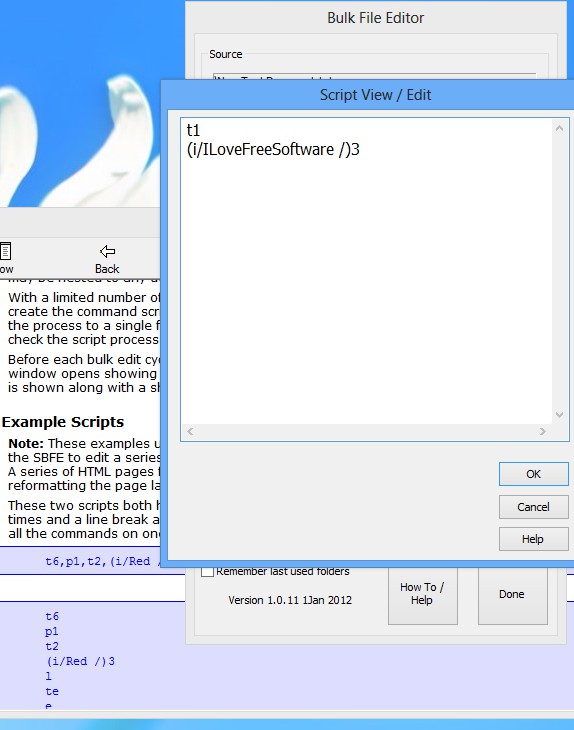 Built-in script editor can be opened up by clicking on the Edit button. All the way at the bottom of the main window you also have a button called How To/Help. Make sure that you open it up and study the Scriptable Bulk Editor syntax. If you don’t do this, you won’t get anywhere with this free batch text editor. On the image above you can see text example code from above inside the script editor that we used to remove everything but the first line and to add ILoveFreeSoftware three time in a new line. With the command type in, save everything and from the main window click on the Start button. 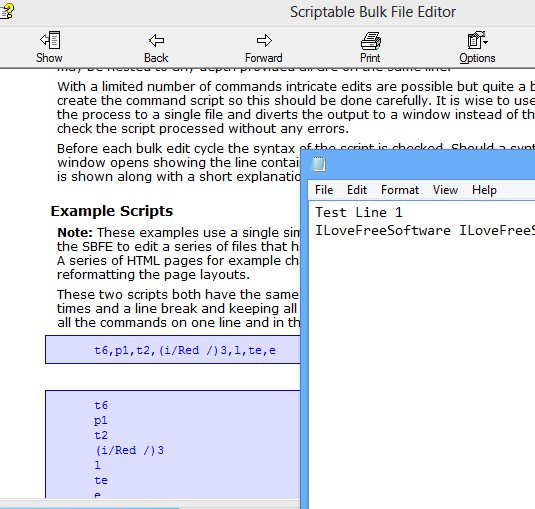 Batch editing was successful for us. Only the first line was left behind and text that we said to be added was added. Once again make sure that you go over the “how to” to figure out how scripting works.

Scriptable Bulk File Editor is very powerful and effective once you get familiar with how it works. If you need to edit a lot of files, this is the tool for you.