Here’s a list of 5 lyrics finder apps for Android which can be used to find lyrics for those hard to understand songs. Not being able to understand lyrics has reached a point where there are actually “misheard song lyrics” videos on YouTube (very funny to look at). Following apps will allow you to easily look up song lyrics online while listening music on your Android powered devices, to prevent not properly understanding lyrics of songs you listen to.

This lyrics finder app taps into music players, all the more popular ones like Spotify, Google Music Player, Android Music Player, etc. and from there it detects artist name and song title with which it performs lyrics search online automatically. 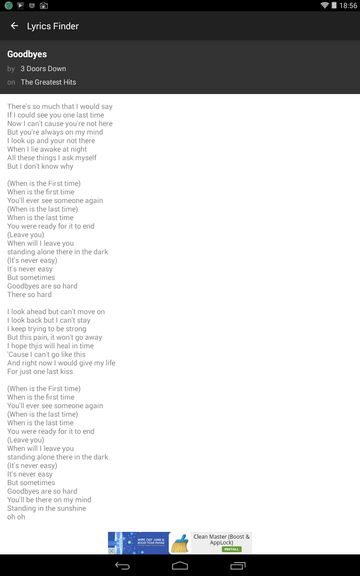 Get Lyrics Finder by Omer Ucel. 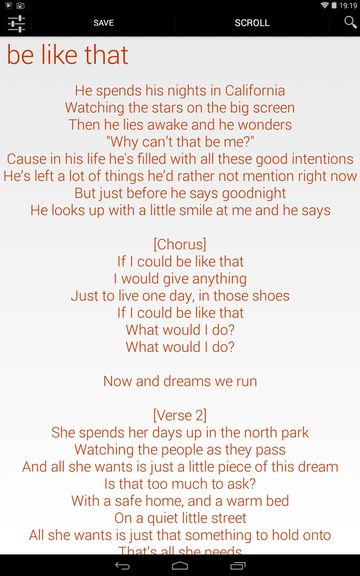 Instead of that here you will need to perform lyrics search manually, by opening up the app and typing in song title. App lets you change text appearance, has automatic scrolling and lyrics saving for offline viewing.

Musixmatch is actually a full fledged music player, but it can also operate like all the other lyrics finder apps that I mentioned and fetch lyrics for music you listen in other music players like Google Music, Android Music Player, etc. 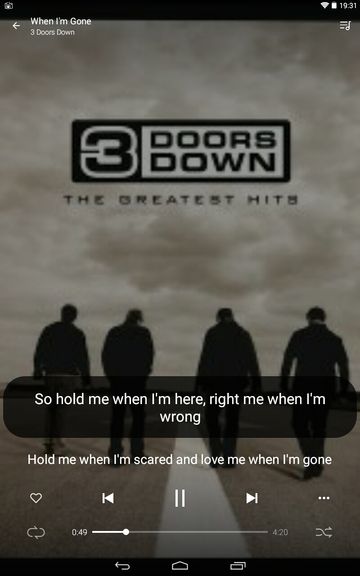 Song and Music Lyrics Finder is basically a stripped down version of Musixmatch. One of the things I didn’t like about Musixmatch it that you needed to register an account in order to use the app. 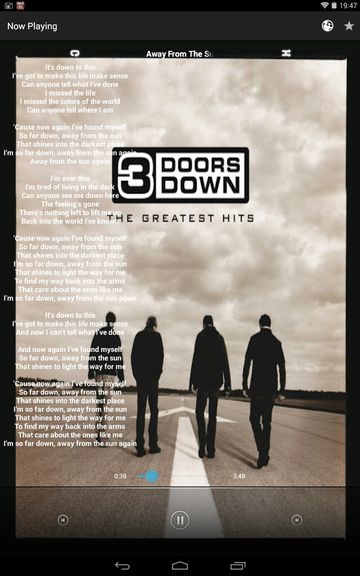 Song and Music Lyrics Finder is both a player and a lyrics finder app that doesn’t require accounts, run it, and it works right away. Music player is simplistic, could use a bit optimization to be honest, but it works, music is played, lyrics fetched and displayed, album cover art is showed in the background, etc.

Get Song and Music Lyrics Finder.

Also have a look at Free Song Lyrics Finder with Built In Music Player.

Genius is a lyrics finder app for Android that brings another set of interesting features. This is actually a client app for a website that bears the same name. 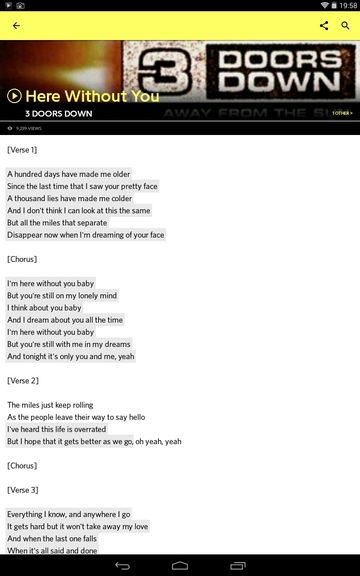 What Genius will do is, it will detect songs you play in music players like Google Music, Android Music Player, etc and display lyrics as pop-up notifications. Manual search within the app is possible, but what makes Genius stand out from all the other lyrics finder apps that I tested is that it can “shazam” lyrics.

From the list of lyrics finder apps above, I really liked using Musixmatch and Genius. They are very advanced with cool features, and I would recommend having them both installed on your device. Other three apps are simplistic, so use them if you’re looking for simplicity over functionality.