Here’s a list of 5 HTTP header modifier extensions for Chrome. Modifying HTTP headers is something that’s done by web developers when they need to test out new tweaks and features on websites. HTTP headers are requests that are used to exchange info between your web browser and the web server. They handle stuff like cookies, redirects, posting/deleting/modifying form data and more. Let’s see what kind of extensions are available and how exactly it is that they work. 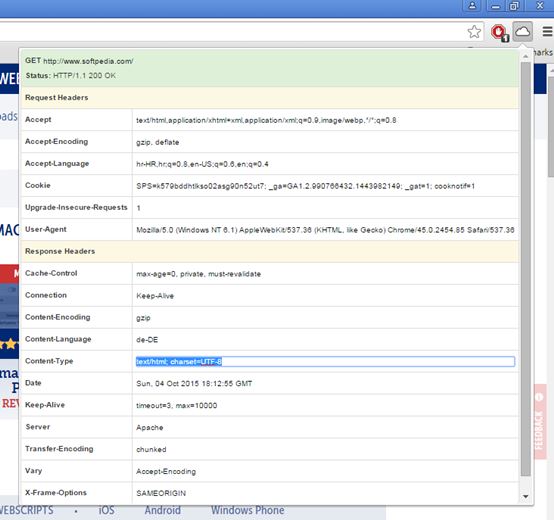 Pop-out window will open up from where you’ll be able to see a list of all the HTTP header requests that a website made while it was loading. To modify an entry, just left click on it. Majority of HTTP headers can be caught, viewed and modified using this extension.

Get HTTP Headers by eSolutions.

Header Hacker has a bit of a different approach when it comes to modifying HTTP header data. It’s going to replace header request globally for all websites and it does so using filtering rules that you need to setup beforehand by opening up extension options.

Each HTTP header request that you want to change needs to have a rule setup in the extension options. What you need to do to set a rule is setup the target request string that you want filtered and then add the changed values for that particular request. New data values can either be added (“Apend” option) to existing requests or they can completely replace the values that the website uses (“Replace with” option).

Also have a look at 5 Performance Improvement Extensions For Chrome.

ModHeader has a very impressive set of features and the most modern looking interface out of all the HTTP header modifier extensions that I covered. 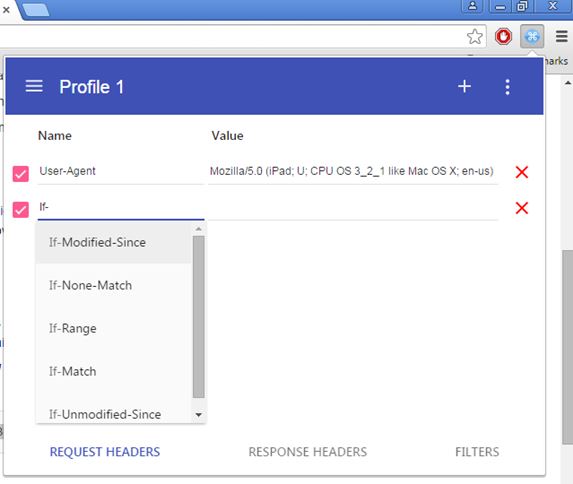 It lets you create both request and response modifications by creating profiles and then adding rules to them. Built-in database of HTTP headers will give you Google search type suggestions as you type in header names, see image above. The filter tab in the bottom right gives you access to a setting for applying currently selected profile only on the domains that you want. Leave the filtering tab empty if you want the profile to work globally on all websites.

Smart Header is very similar to Header Hacker, only instead of working on all websites automatically it has the ability to filter websites based on URL, referrer, methods and request type. 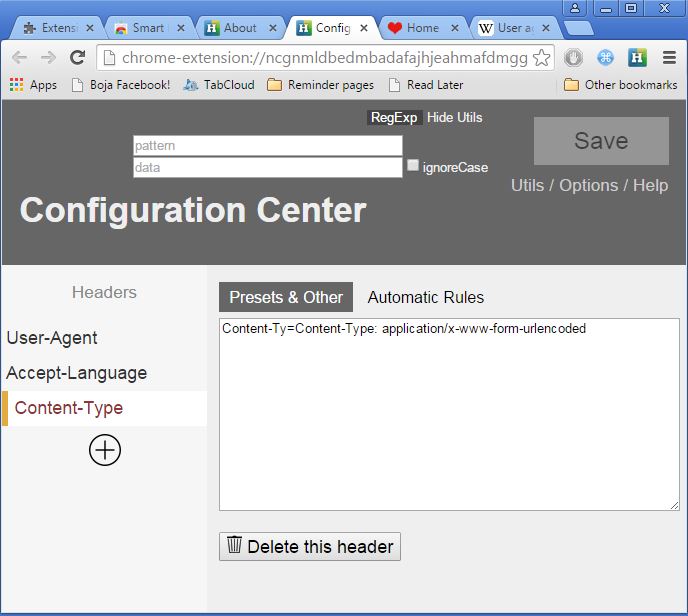 Website filtering needs to be setup under the the “Automatic Rules” tab. On the image above you can see me adding new header modifications that are going to be applied to selected websites.

Also have a look at 3 Javascript Error Notifier Extensions For Chrome.

Extra Headers is a HTTP header modifier extension that has a very intuitive interface for modifying HTTP headers on the fly. 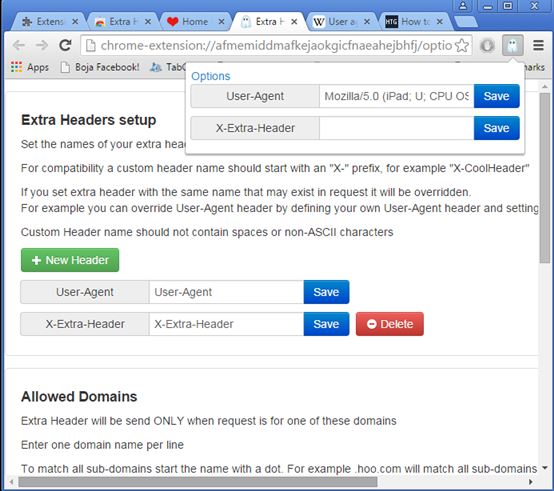 HTTP header requests can be edited by left clicking on the top right corner icon. This will open up a list of HTTP requests that you first need to create by accessing extension options, see image above. Domain filtering is possible so that only those domains added to the “Allowed domains” list will have their HTTP headers changed according to setup rules.