Slice it is a free Android game to play slice game on Android. This Android Slice it game is really a fun-filled game for Android in Android Market. This Android game can also be called a brain storming game as it makes you think at each and every stage when you are playing this game.

Any Android user can easily install and play slice it game on Android. Slice It offers very limited options on Android so that you don’t get confused while playing the game.

The interface provided by this Android Slice It game looks very funny and interesting on Android. You don’t need any sign up to get started with the game. Juts install the game and start playing it on Android. As soon as you start the game, you will see a pencil which will draw an image of a square, triangle, rectangle, circle or any other image. 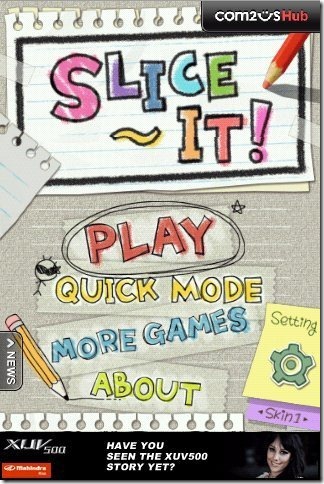 You can also check out Snakes Ladders Game for Android reviewed by us.

Some key Features Of Slice It Game For Android: 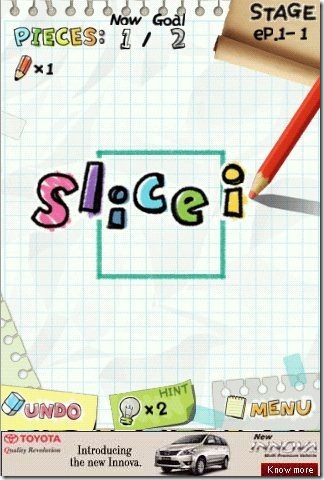 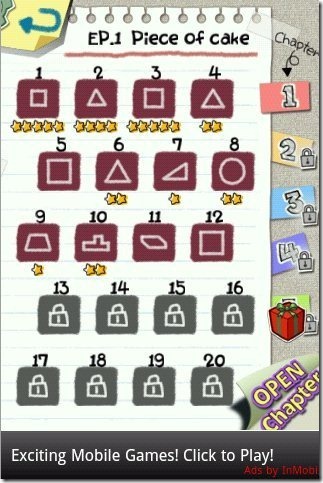 Also, check out Fruit Roll Game for Android reviewed by us.

How To Install Slice It Game On Android: 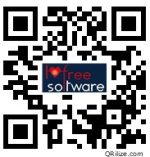 The free Slice It game will be installed. Now just play this awesome fun-loving game on your Android for free. Brush up your brains with this puzzle game and become a perfect brain gamer on your Android. Just Slice it with Slice it game on Android.