App Lock is a free Android app that allows you to lock other applications installed on your phone with ease. The app allows you to set a master password (pattern) that you can then use to unlock the apps that you have locked through this app. The app is very well designed, and works flawlessly on all Android devices. The app is also very versatile because it allows you to lock system apps as well! Now you can be rest assured that no one will use your phone for making calls without your knowledge!

App Lock is the ultimate privacy protector for your Android device. You can use it to protect your texts from prying eyes, or to simply lock down some apps that you don’t want others to be using on your phone. Although you might feel that when you can lock your entire Android device through a password, what’s the need of this app? There is a need, because in some situations, you may have to hand over your device to someone for let’s say, making a call, and you don’t want them to be using a particular app. This is where this app comes in absolutely handy.

App Lock is available for free from the Google Play Store. 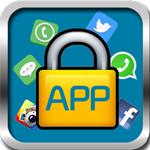 Using the App Lock app on your Android device…

App Lock is a relatively recent app on the Play Store (released 25th Sept 2013). Although the app is still in its infancy, the app is extremely stable, and works flawlessly. I experienced absolutely no crashes or force closes while using the app on my test device. When you launch the app for the first time, you will be asked to set a pattern which you will be using to unlock the apps that you choose to lock down. 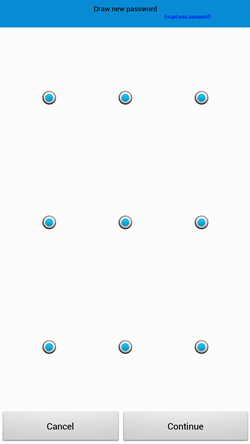 When you set a pattern in the above screen, you will be asked to confirm it by re-entering it. When all of that is done, you will be taken to the main interface of the app. 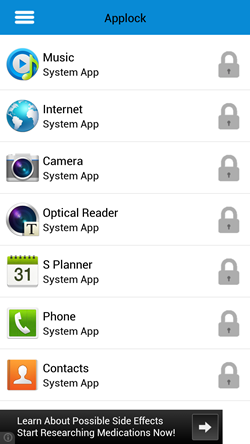 In  the above interface, you can lock down an app by clicking on the lock in front of the app. I chose to lock down my WhatsApp application (see below screenshot). 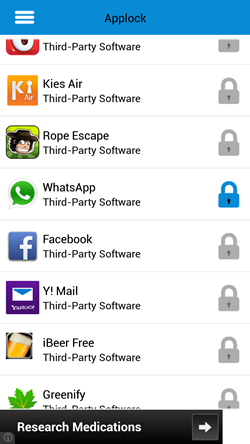 Now, when I went ahead and opened WhatsApp, I was asked to draw the pattern before I could open WhatsApp! 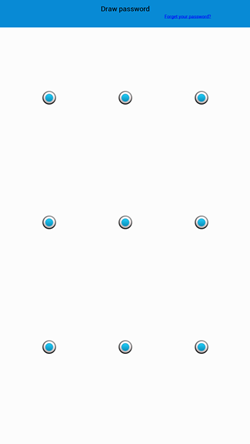 Voila! That’s all. You have successfully protected your application from prying eyes and irritating folks! Wasn’t that easy?

You can also check out the Ultimate App Guard app for your Android device which performs a similar task!

Features of the app, in a nutshell…

App Lock is a great app to protect your applications, and hence protect your privacy from being violated. Unlike many other apps which only allow you to lock down third party apps, this app also allows you to lock the apps which come preinstalled on your Android device, making it a truly versatile app!

Get the App Lock app for your Android device.