This blog post talks about 5 best media players for Windows 10. Out of the innumerable tasks that we use our computers for today, digital media consumption is probably one of the most common and most popular. So whether you want to spend some time listening to your favorite music or watch a flick or two on the weekend, your computer has you covered. And with countless media player software out there, it can be a little confusing to choose one for your media consumption needs.

But not to worry, as that’s what this article is all about. The media players discussed here can play almost all types of audio & video files, and support a wide array of formats. In addition to that, they also have additional features like screenshot capture, subtitle functionality, audio & video effects, support for streaming Internet radio stations, and much more. Excited already? Let’s dig in, and find out more about 5 best media players for Windows 10. 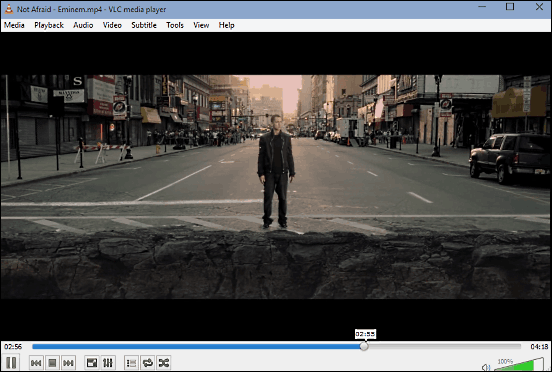 Even if you’ve been using computers for only a little while, it’s almost impossible that you haven’t heard about VLC Media Player. Insanely popular, VLC is an incredibly versatile media player software that can handle just about any audio/video file that you throw at it, no matter how obscure it is. In fact, VLC has so much goodness crammed into it that it’s hard to believe that this thing is completely free. And not just digital files, VLC can play discs, devices, and even Internet streams. Heck, VLC also lets you capture video feeds from your webcam and play/record it. The feature-laden media player comes with a whole bunch of modern audio/video codecs such as DivX, H.264, MKV and WebM. Apart from that, it also includes other features such as built-in audio and video effects, multi-format subtitles, and the ability to take snapshots. Some of the popular file formats that you can play with VLC include MP3, AAC, WMA, FLAC, ALAC (all audio); and MP4, AVI, WMV, MKV, VOB (all video). All these goodies make VLC a perfect media player for Windows 10. And yeah, it’s available as a portable application as well. Read more about VLC Media Player here. 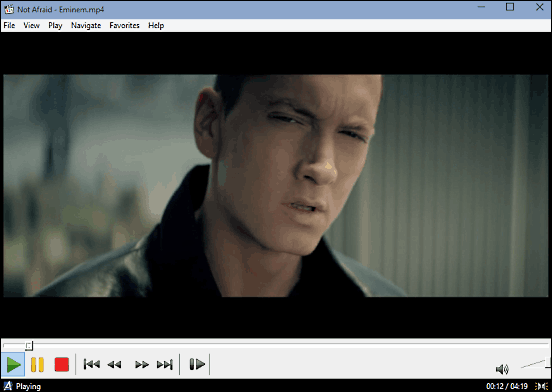 Although the word “Classic” in its name might suggest that it’s a dated application, Media Player Classic – Home Cinema is anything but that. It may not be as popular as VLC, but Media Player Classic – Home Cinema (from now on referred to as MPC-HC) is a widely known media player software that is fairly lightweight yet feature loaded. MPC-HC comes packed with a wide assortment of audio and video codecs, and thus, can play nearly all common (and some not so common) digital media file formats. Apart from that, it also supports direct playback of CD/DVD/Blu-Ray discs and network streams. MPC-HC can automatically search subtitle databases and find the correct subtitle file for the playing media. There are a bunch of cool effects as well, like the built-in audio switcher with customizable normalizer. You can also granularly change the audio and video renderer settings. To top it all off, MPC-HC also lets you configure custom file seek times, specify OSD font properties, and can even display the Now Playing information in Skype. A few of the many file formats that it supports include AVI, M2V, MP4, WMV, MKV (video); and MP3, AAC, FLAC, MKA, WMA (audio).

Want a media player for Windows 10 that’s powerful, supports a healthy number of audio/video formats, and looks good while doing it as well? Look no further than GOM Player. Boasting an awesome looking user interface (which can be changed, thanks to a handful of pre-installed skins), GOM Player is a pretty capable media player software that can take care of all your digital media consumption needs. GOM ships with a huge variety of audio/video codecs (including names such as TRUEMOTION2, Cinepak and Nellymoser) that make it handle a wide array of audio and video files with little to no effort. Some of these include FLV, MP4, VOB, MKV, DIVX (video); and MP3, M4A, AAC, OGG, FLAC (audio). In addition to all these standard features, GOM Player has quite a few nice extra goodies (screen capture, 3D audio effects, video flip/rotate, multi-language subtitles, equalizer presets etc.) as well. You can also specify custom mouse and keyboard shortcuts for controlling the player actions. Overall, GOM Player is a well-rounded media player software that does what it’s supposed to and does it well. Read more about it here. 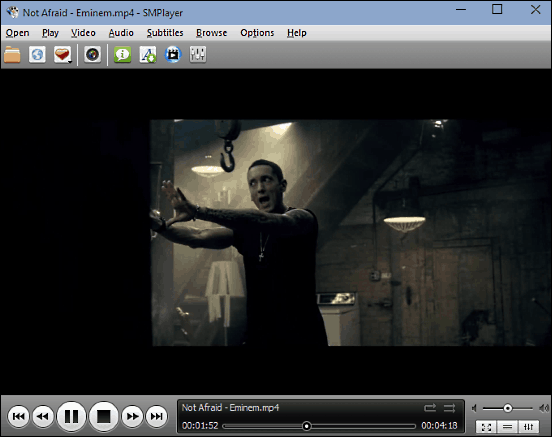 If you’re looking for a feature rich media player for Windows 10 that’s easy to use and lets you finely adjust the way media files are played, take a look at SMPlayer. Completely free and open source, SMPlayer comes toting a huge number of audio/video codecs and, as a result, can effortlessly play almost all major (and minor) digital media file formats. The application supports multiple viewing modes, and you can easily switch between different aspect ratios. In addition to that, SMPlayer also makes it easy to change between different audio channels for multi-channel media files. You can directly search for the playing video’s subtitles on the Open Subtitles databases, straight from the player. Then, of course, there are audio and video filters as well. An important feature of SMPlayer is that it lets you granularly configure the playback properties like playback speed, and you can even add time delays for audio and subtitles. Amongst the huge number of file formats supported by SMPlayer, few are MP3, WMA, ALAC, OGG, AC3 (audio); and DIVX, H.264, RealVideo, WMV, VOB (video). 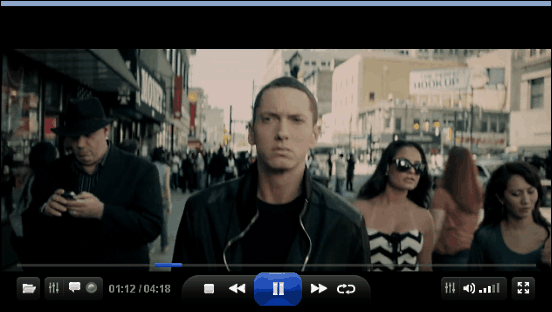 It may not be the most popular, but AllPlayer is a pretty solid media player for Windows 10, that includes a bunch of nice goodies that set it apart from the rest of the crowd. To begin with, AllPlayer sports an extremely minimal user interface, having essentially nothing but a simple playback window. However, move your mouse cursor over the window, and things like playback controls, window controls, settings etc., come into view. Just like all the other programs on the list, AllPlayer includes almost all modern audio/video codecs that enable it to handle major audio and video file formats without breaking a sweat. In addition to that, AllPlayer can automatically download matching subtitle files for the playing media as well. The support for Internet radio stations ensures that you can listen to streaming radio without any problems. A handy feature of AllPlayer is that it allows you to lock a specific media file with a password, which is kinda cool. The media info feature makes it extremely easy to quickly view information such as genre, star ratings, album etc. All Player can play formats such as MP3, AAC, FLAC (audio); and MP4, AVI, WMV (video). To read more about it, click here.

Media consumption is one of the most commonly performed activities on just about any computer. And the above discussed media player software applications are perfect for doing that on your Windows 10 PC. Try them out, and let me know your favorites in the comments below.