Duck Shooter Deluxe HD is a free duck shooting game app for Windows 10 devices. The game is a clone of the classic Duck Shooter game and runs pretty smooth on Windows 10 devices. The game is lightweight and has varying number of levels. You get limited number of bullets to shoot down the ducks. The interface of the game is a non nonsense one, where you don’t have cluttered controls. Straight up on launching the game you are taken to the gameplay itself.

Duck Shooter Deluxe HD is available for free from the Windows App Store.

When you run the game, you are straight off taken to the gameplay interface shown below. 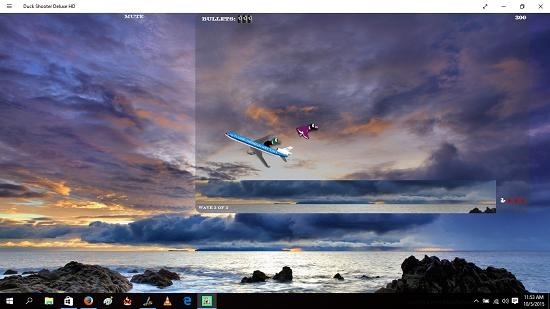 You can see the duck flying around on the gameplay screen in the screenshot above. All you have to do is to aim at the duck with your mouse and then click on the duck to fire a bullet. If successfully hit, the duck will die and your trusty dog will fetch it for you! 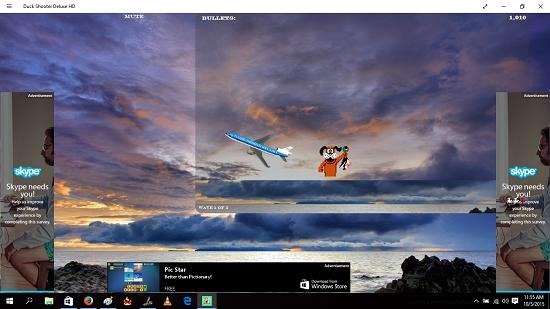 You can see your score at the top right of the game screen. You can also see the remaining bullets at the top center of the screen, and you can mute the background music and sound effects via the mute button located at the top left corner of the screen. When you run out of bullets or are unable to shoot down the ducks, it’s game over and you will be shown the below screen where you can choose to start the game again or quit it. 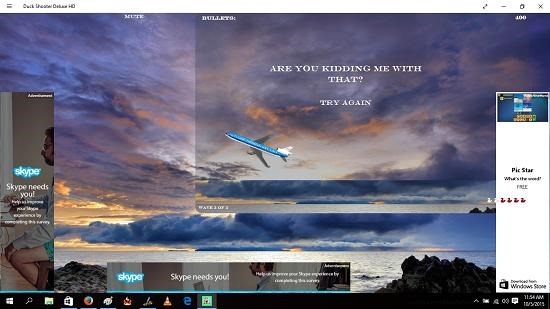 This basically wraps the main features of this small, lightweight, yet very addictive game – Duck Shooter Deluxe HD for Windows 10.

Duck Shooter Deluxe HD is a well designed game for Windows 10 in which you can kill ducks while killing your time when you’re bored. You can grab the game for free from the link below.