Here’s a list of 5 free cricket games for Android which you can use to enjoy a cricket game on your Android powered phone or tablet. Even though the better part of the world is oblivious to cricket, it’s actually a very interesting game to a lot of people. It’s fun to play in real life, and to watch, and hopefully with the apps that I covered down below it will also be fun to play cricket on your tablet, or phone. Let’s see what kind of apps are available.

Real Cricket ™ 14 is one of the most popular and one of the best looking cricket games for Android out there. 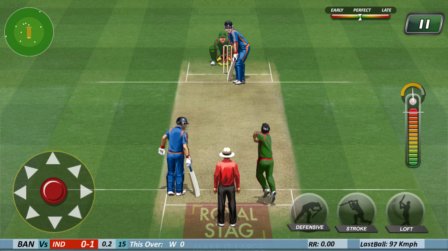 It features several game modes, all the popular teams and fierce rivals like India, Pakistan, Bangladesh, England, etc. Game requires a bit more advanced hardware, otherwise it’s gonna be sluggish. Graphics look amazing. When hitting the ball, you’ll be offered several types of hits (defense, stroke, loft, etc.), notice the bottom right corner of the image above. Directional button on the left is for determining the direction of the ball, when both bowling and batting.

Power Cricket T20 is less demanding when it comes to hardware. You won’t need as advanced graphics or as much RAM to enjoy Power Cricket, like you will need to run Real Cricket 14. 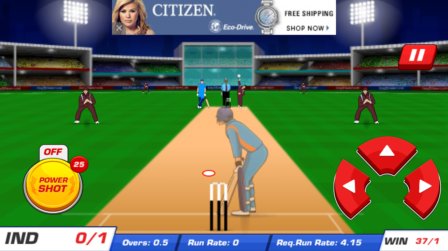 Still the game is very playable. There are 3 game modes plus you get Google+ sign in if you like sharing game feats with your friends. Controls are again on-screen and they are pretty much self-explanatory.

With World Cricket Championship Lt we continue the decreasing complexity trend. This cricket app is even more smaller in size and less demanding than Power Cricket, but still provides great gaming experience as well as some additional features. 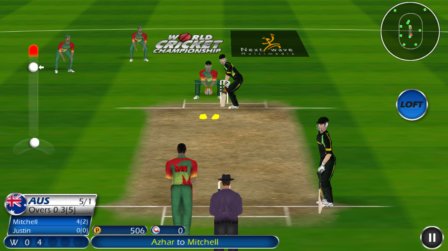 For example, you get action replay, so you can review each play right after it happened. Controls are simpler, they are a lot simpler actually, with just three buttons available for batting, positioning the batter and setting the ball direction and speed when bowling (on the left). 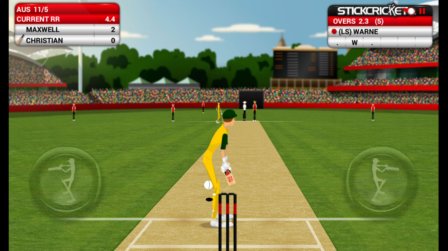 Here you just need to tap in the direction that you want the ball to go and of course tap on the screen at the right time so that the batsman actually hits the ball. There’re beat own score mode, championship mode and also a two player mode where you can play against friends.

T20 Premier League 2013 is great for casual gamers, with older phones, because the game isn’t demanding at all (around 1MB in size). 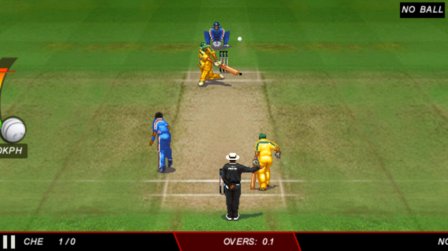 Controls are also different, more rigid. When batting, you’ll be asked if you want the ball to go left, right, straight and the strength with which you want to hit the ball. When you setup those two parameters, the game plays out.

I had fun playing every one of the cricket games mentioned above, but the one I enjoyed playing the most was World Cricket Championship Lt. Let me know what you think in comments down below.