SysPlayer is an audio video player that lets you play audio video files, create, save playlists, and supports a huge list of media formats. Its beautiful interface also allows to capture the screenshots  of playing videos and all the screenshots are saved in an auto created folder in png format. You will be able to play almost any kind of media file as plenty of media formats, like  MOV, 3GP, WMV, WMA, ASF, AVI, MP3, MPEG, OGG, MP4, Raw DV, Nut, AC3/A52, MXF, DTS, FLV, FLAC, AAC, and more. Thus, SysPlayer is a pretty good media player, like similar media players. 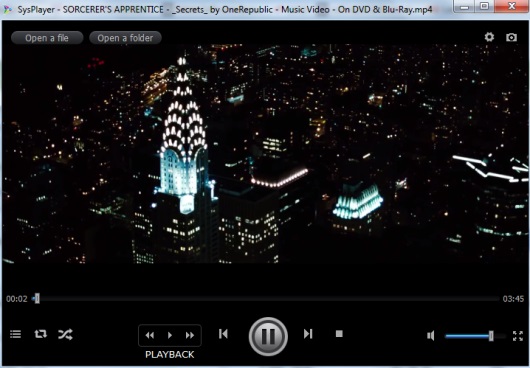 You can see SysPlayer’s interface in above screenshot which shows basic playback controls and allows to play media files in customized or in full screen mode. Here, you might get disappointed that SysPlayer doesn’t provide themes neither there is option to set equalizer. A settings button is present at the top right corner of its interface, but it did nothing when I tested this audio video player. So I am not sure what you will find using that button; if it works for you.

There are two ways to add media files on its interface, using Open a File and Open a folder button. Open a File button allows to batch add media files. Unfortunately, Open a folder button doesn’t work because it won’t let you select any folder. Although it opens a window to select a folder, but it did nothing. So you can use Open a File button. Or else, you can use drag n drop feature to add audio video files on its interface. 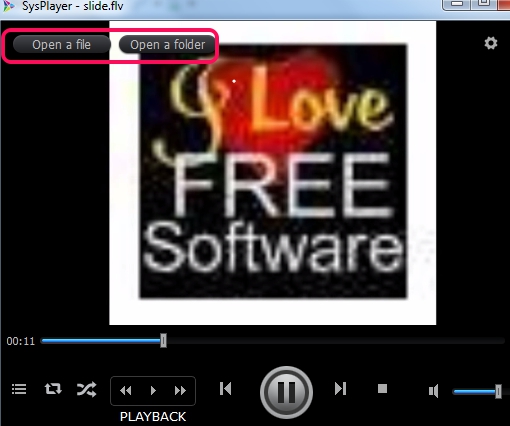 The added files list can be accessed using playlist button. You can save the list as a playlist in *.pls form. Later on, you can use the playlist button to load saved playlist. You can add more audio video files using drag n drop feature. One more good thing here is that it also allows to load other playlists that you have saved using other media players. Supported playlists are: *.m3u, *.m3u8, *.xspf, and *,pls. 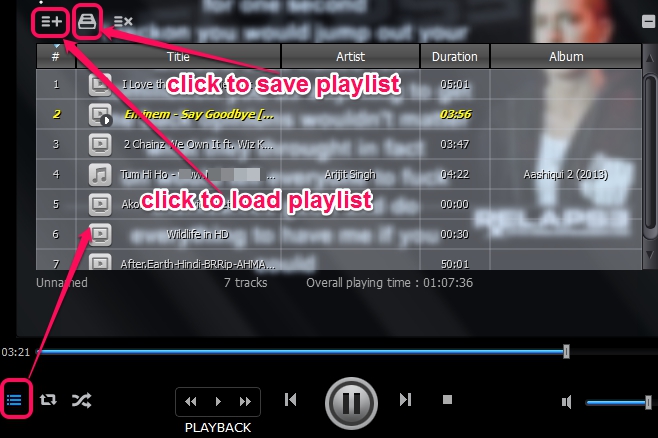 Save playlists, watch videos, and listen to music files using SysPlayer. And as I mentioned before, you can take video snapshots of playing video too. Use Camera icon present at top right corner on its interface to capture screenshots.

Some Key Features Present In This Free Media Player are: 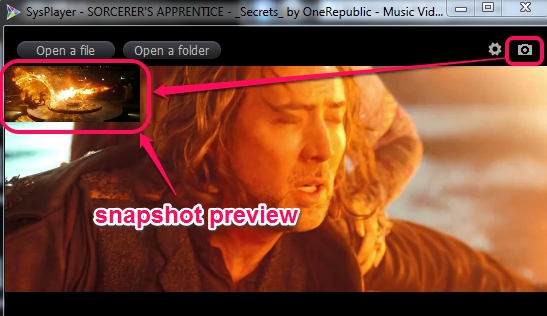 SysPlayer is quite useful media player. It’s interface is really nice, facility is available to take snapshots, and create & save playlists. But this player needs improvements, as Settings and Open a folder button are not working. More themes are also expected for this player.