Who doesn’t love movies? Honestly, I can’t think of a single such person. I, for one, am a self confessed movie-a-holic. Documentaries, Action-Thrillers, Horror Flicks, Comedies, Romances, Noir, Apocalyptic Fiction, you name it. And I’m sure all of you will concur with me. We love watching movies. And with the latest advances in technology, the whole movie watching experience has become truly amazing. You guys must be remembering, back in the early days, we used to watch movies at home on our small TV screens, and occasionally a flick or two at the nearest theater. Then came the whole digital revolution. And brought with it Downloadable HD content, Direct HD streaming services like Netflix, HuluPlus and the super high quality IMAX goodness, in the wake of the multi-screen metamorphosis of our humble Movie Theaters. Not to mention 3D. 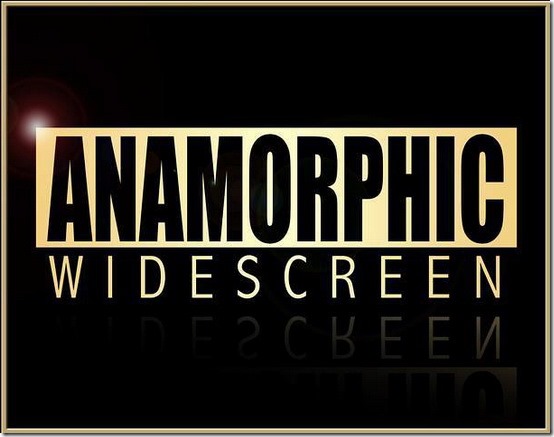 But you know what, for me, nothing beats watching my favorite flick over and over again on my notebook PC while munching on some nice snacks. And I  assume to some extent, you guys love that too. Granted, watching a 3D movie on a super big screen is totally dope, but being the tech geeks that we are, we really like to turn our computers into our media powerhouses.

I’m sure more often than not, all of us have (and still do) experienced those big black bars both at the top and bottom of our screens whenever we’re watching our favorite flicks (we talked about those when we discussed aspect ratio also). So, what the heck is that? Read On!!

What is Anamorphic Widescreen?

Essentially speaking, Anamorphic Widescreen is a process that is applied to DVD video during production. This is done to basically enhance the versatility of the video and make it compatible with an increased variety of playback equipment. In simple terms, the standard DVD video that is stored on DVD movie discs, is square-ish in shape. This is because the native DVD resolution has followed a ratio that is more suited to traditional displays (old CRT television sets). And on those television sets (and CRT computer monitors too), this video displays just fine.

But with the advent of HD quality content production and consumption, the recording as well as playback hardware has undergone a massive change. DVDs, though still existent, are on the verge of being obliterated by Blu-Ray discs that offer much more immersive and High-Definition media experience. Same is the case with the display technology, with traditional 4:3 aspect ratio TVs almost replaced by ultra thing Widescreen LCDs and LEDs.

But even though newer, widescreen displays are gradually replacing the older bulky models and DVD video is about to be superseded by Blu-Ray HD content, it hasn’t happened yet. And it’s because of one factor – cost of production. Blu-Ray discs are still relatively expensive than DVDs. Furthermore, they require Blu-Ray players which aren’t exactly cheap either.

That means that even if consumers have a HD display, they might be interested in watching the good ol’ DVD video on that. That’s where ANAMORPHIC WIDESCREEN comes to rescue.

Simply speaking, Anamorphic Widescreen video is the one in which a widescreen (16:9, 21:9 etc.) video is squeezed or compressed horizontally so as to fit comfortably in a standard 4:3 video frame, so that the same can be watched on a 4:3 display (say, a CRT monitor or an old school TV). And when this video is played back on a normal widescreen display (say, an LCD TV or a notebook PC), it is stretched or unsqueezed to its original widescreen format.

See Also: What is Aspect Ratio?

What if a widescreen video is not encoded on a DVD Anamorphically?

Well, then something happens that I’m sure a lot of us have seen while watching movies on our Notebook Computers. You guys must have noticed, more often than not, there are two thick black bars that are always present at the top and bottom of the video frame. This happens when the video that we’re watching is intended to be watched on an “ultra widescreen” display (at times 16:9 or even more). And when this same video is watched on a non standard display, those black bars crop up. This is known as LETTERBOXING. Check out the following freeze frame shot of widescreen video being viewed on a 4:3 display after being encoded Non-Anamorphically 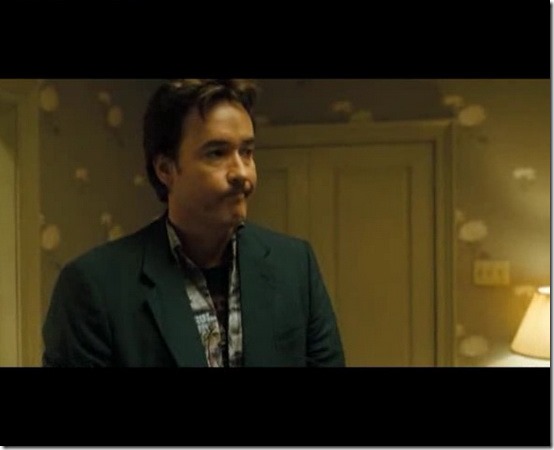 Even though DVD video is about to be shown the exit door with Blu-Ray discs and HD video becoming more readily available, DVD video is still relevant. More so, in regions where cost factors and bandwidth constraints make HD streaming and playback difficult. And the fact that it retains the WIDESCREEN format while squeezing the video to fit the traditional displays makes it all the way more worthwhile.

Do you guys own a couple of DVDs that are marked with the words “ANAMORPHIC WIDESCREEN”? If so, what are your experiences of watching them over the non-anamorphic DVD video? Do let me know your thoughts in the comments section below.