This tutorial briefly explains “what is Aspect Ratio“. This is a part of our series of articles titled “ILFS Explains” where we try to explain meanings of some commonly used technology terms, which might not be so commonly understood. Some previous articles in this series talked about POP vs IMAP and HTTP vs HTTPS.

Technology changes at an insane pace. What’s cutting edge today, is sure to be rendered obsolete someday. No matter how powerful of a Desktop, Notebook or a Smartphone you have, it will inevitably be superseded by something better. Thus, being in a state of constant flux is an inherent quality of technology. And that’s true for both software, and hardware. And not just computing products, but just about everything, from Televisions to Automobiles, and from Walkmans to iPods is subject to this universal law of change. 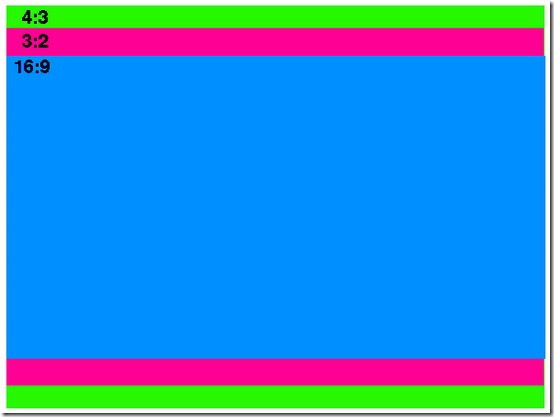 I’m pretty sure all of us remember the first Desktop Computers. They consisted of Cabinets that had to be laid down horizontally on the table, until they were replaced by the vertical standing ones, which, in turn have (recently) given way to All-In-Ones or AIOs.

But perhaps the best transformation has occurred in the field of display hardware. The big, bulky and boxy CRT (Cathode Ray Tube) monitors have been replaced by suave looking super thin LCD (Liquid Crystal Display) monitors. Earlier considered to be viable only for notebook computers, now even the cheapest desktop ships with a LCD monitor.

But have you guys ever noticed, how those monitors have changed, literally at the face? I’m sure you’ll instantly say, Oh yeah, the CRTs were kind of squar-ish, but these LCDs are more rectangular. So what’s up with the stretched displays of today that have replaced the boxy ones of the older times? Read on!!

Well, as it is clear from the name itself, first and foremost, Aspect ratio is, well, a ratio. Basically, it is the ratio of the width of the display to its height. In terms of computing and related fields of technology, aspect ratio can be of the display hardware itself (CRT, LCD monitors, Smartphone and Tablet screens, to name a few) or the media that is displayed on that hardware (Still Images, Moving Pictures or Movies). And since every single still image that we see on our gorgeous devices’ displays and every frame of the blockbuster movies that we enjoy on them are made up of tiny things called Pixels (short for Picture Element – the smallest constituent element of an image), we can say that ASPECT RATIO more specifically refers to the ratio of the number of pixels that run across a horizontal line to the number of pixels that run down a vertical line. And this is for still images, moving pictures as well as the display hardware.

Displays of the Yesteryears: Aspect ratio (4:3)

The early CRT monitors, and even the most recent models, all had a display aspect ratio of 4:3. This means that any media that has the same aspect ratio (4:3) would display perfectly on their screens, with absolutely no skewing or distortion at all, while the media with non standard resolution would either display awkwardly or won’t be supported at all. (Almost all Computer Displays, whether they are CRT or LCD, are capable of displaying multiple aspect ratios, even the non standard ones, to some extent). Thus, the most common display resolutions for the Computers of yesteryears were 640×480 (The good ol’ VGA), 1024×768 (XGA), 1600×1200 (UXGA) etc.

Although scarce, there are still some videos available in this 4:3 format. And whenever these videos are played on a display that is of a non standard resolution (anything but 4:3), we see vertical black bars on both sides of the video frame (This is called PILLARBOXING). Check out a freeze-frame shot of such a 4×3 video, being played on a widescreen display (discussed later) 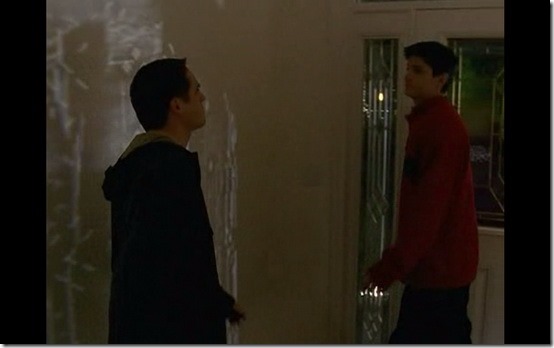 The rapid change in aspect ratio of displays has been essentially, because of the rapid advances in image capture technology. Back in the early days, DVD capture used to be considered the gold standard of videos. Not anymore. Today, HD is all the rage, with handycams getting smaller and smaller and even the cheapest of smartphones having imaging hardware capable of capturing appreciable quality HD content. This rise of High Definition on the scene is quite responsible for pushing standard displays, and thus the default aspect ratios for them (4:3, and related ratios) to the brink of extinction.

Actually, with the advent of High-Definition, content producers (Movie Production Houses like Paramount, Disney etc.) realized that a boxy aspect display just won’t cut it anymore. With Hollywood movies being produced with breathtaking Special Effects, it was felt that the audience needed to have a much wider (pun intended) view of the action that’s going on before them. And it is a general understanding that whenever we’re watching a movie, the content that is spread out horizontally across a frame is much more relevant and important than the one that’s on the top and bottom of the frame.

This, essentially gave rise to the idea of Widescreen Displays. Widescreen, as the term implies, refers to a display resolution which is more rectangular than it is square. Thus, the images or the video frames that are captured in a Widescreen aspect ratio are far more wider horizontally than they are vertically. These days, most of the High-Definition content, whether it’s movies, or TV shows is shot with cameras that shoot in a format that has an aspect ratio of 16:9 (Ultra Widescreen). This ratio has become the standard for all HD content and conversely, the two HD display resolutions that most Notebook & Desktop screens, TV screens (and now even smartphones) support natively follow this aspect ratio – namely 720p (1280:720, also known as HD ready) and 1080p (1920:1080, also known as Full HD) 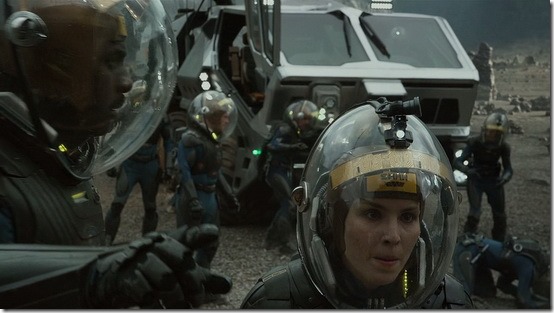 The standard 4×3 aspect ratio long dominated the display technology software and hardware alike. From TV screens to Computer Displays, it was the only aspect ratio that ruled the roost. Even though competing ratios (like 5:4, like in the resolution 1280×1024) were there, but they didn’t even come close to having the same impact as 4:3. And when it was finally superseded, it was done by a proportion that totally redefined the way we watch and enjoy our movies and digital photos today.

As I said in the beginning of this article, being in constant state of flux is an inherent property of technology. And eventually, 16:9 will quite possibly be replaced by a different proportion. But every time we see a good ol’ video being played on a widescreen display with those black bars around it, it will usher in a feeling of nostalgia. At least for me, it will. As it does now.

What about you guys? Have you moved over exclusively to the widescreen content for all your media? Or some of you still enjoy those old DVD format goodness every now and then? Do let me know your thoughts in the comments section below.