Screenshot down below shows us the interface that waits for you when you run this free Twitter image downloader. There’s nothing much to look at except the input field at the top and the Download button which is available right next to it. Empty area down below is reserved for the list of images that’re gonna be downloaded. Downloaded images are saved in the same location where the executable is located. A different folder is created for images of each Twitter profile whose images you download. 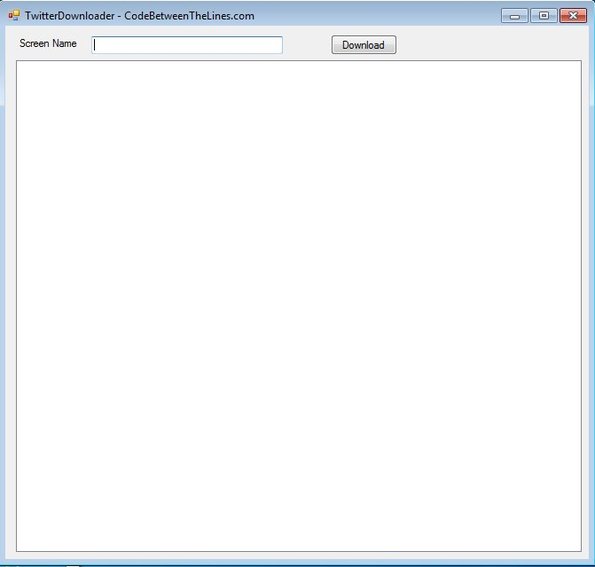 Originally Twitter Image Downloader was only supposed to be for viewing images from Twitter in a grid. That’s how they were showed in the past, before Twitter had a site redesign. If you’re missing the old way how images were displayed, you can enjoy in it once more with Twitter Image Download, next to downloading the images of course.

How many images are gonna be downloaded really depends on the profile. If there’s a lot of images, you won’t get all of them, only the latest will be downloaded. In our case, the cap was 37 images, which were pulled from an account that had a fair amount more than that.

Find out what the exact screen name of the profile from where you want to download images is. Once you know that, copy/paste or type it into the Screen Name input field at the top. Click Download and images should start popping up in the preview area down below. 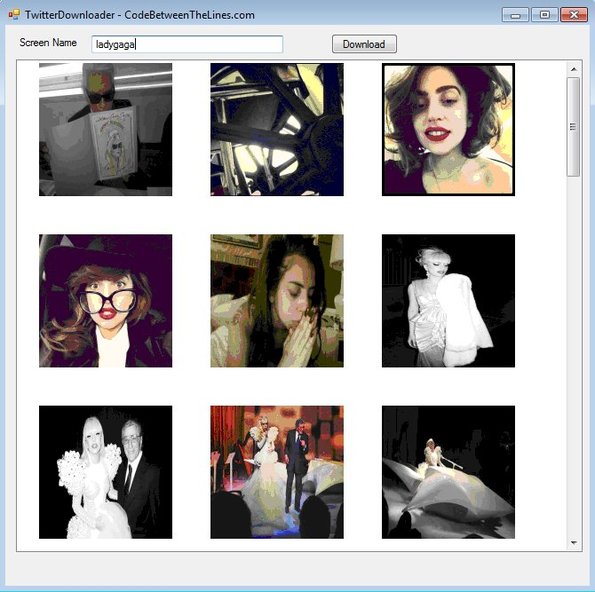 Once that the download finishes, you’ll receive a message “Done”. As the images are downloaded they’re gonna start appearing in the preview area down below. Clicking on them doesn’t do anything unfortunately. 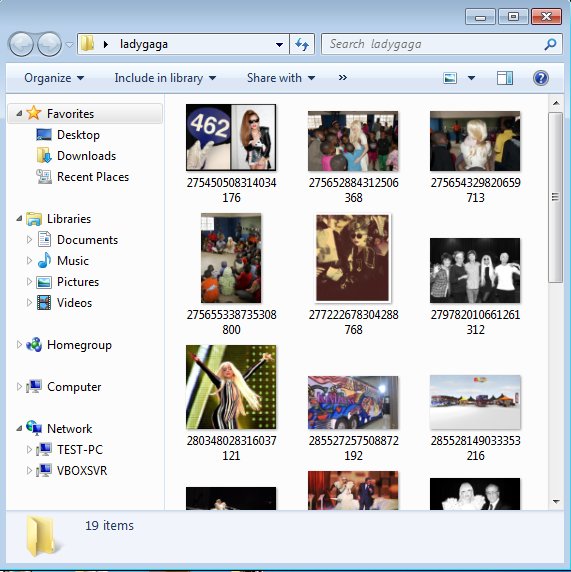 To view images, you’ll have to open up the folder that was created. In our case it was created on the desktop. New downloads that you start up will go to a separate folder, like we said, every username gets its own folder.

Twitter Image Downloader might be a bit limited when it comes to the amount of images that can be downloaded, but it’s still in development and this might be corrected in the future. For now, if you have a smaller number of photos on Twitter profiles that interests you and would like to download, this free Twitter image downloader does the job perfectly.