Here’s a list of 5 balloon popping apps for Android which are great for children to have fun on Android powered tablets and smartphones by tapping on screen and popping balloons. Apps that I covered on the list down below aren’t all aimed solely at having fun. Some of them have an educational element to them. They teach kids how animals sound, 0-9 numbers, letters of the alphabet, etc. They’ve managed to setup a great mix of learning and having fun. 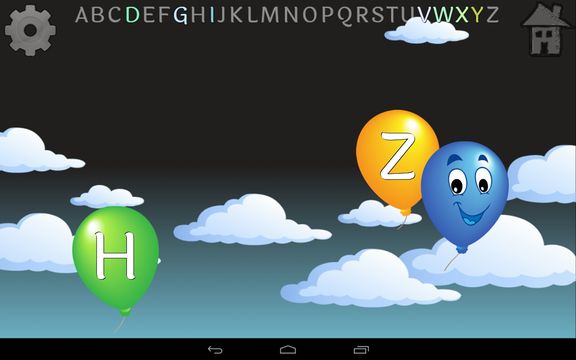 First up is Kids Balloon Pop Game Free. Three game modes are available. First one is aimed at toddlers, seeing how it’s a balloon popping game with just a funny sound that’s played after a balloon is popped by tapping on the screen.

Other two modes will help older kids learn their ABCs and get them familiar with numbers. It does this by displaying balloons with letters or numbers “trapped” inside them. Once these special balloons are popped, number or letter that they were carrying is going to be read out loud. See image above. 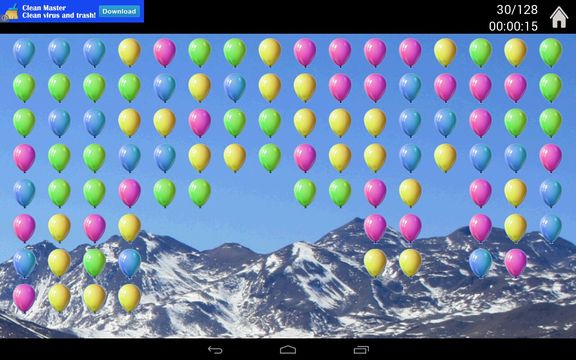 Next up is Balloon Pop, where balloon matching and balloon popping are combined. Goal here is to pop all the balloons off of the screen.

Trouble is that only groups of 2 or more balloons of the same color can be removed. You won’t get balloons removed by tapping on a single balloon, one that doesn’t have a balloon of the same color next to it. Game is very fun, without complicated setup.

Also, have a look at Addictive Android Puzzle Game of Communication Networks: Transmission. 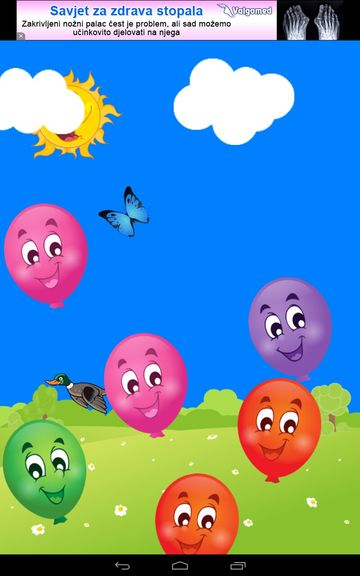 Baby Touch Balloon Pop Game is another one these balloon popping apps that I mentioned that also have an educational component.

As you can see the app “releases” animals out of the balloons that are popped and it also plays a sound that the animal in question makes. This helps the little ones learn about the different animals from the animal kingdom. 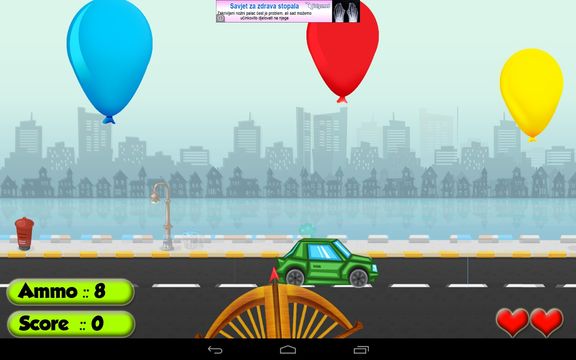 This balloon popping app adds arrows to the mix. Instead of having to tap on balloons with just your finger, here you need to aim the catapult at the bottom of the screen to get the balloon.

Another thing that you need to do is avoid hitting the black balloons. Goal is to pop as much balloons as you can to get the high scores.

Get Balloon Pop by ICAW.

Also, have a look at Popping Balloons Puzzle Game For Google Chrome: Poppit. 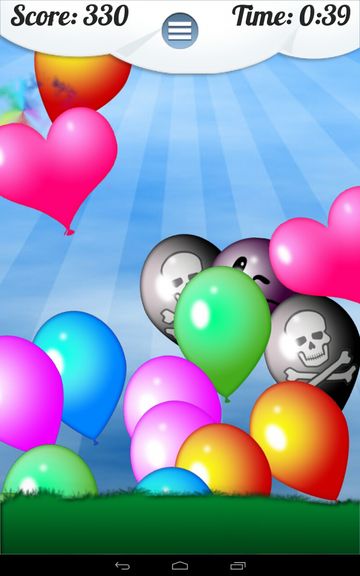 The last balloon popping app that I’m mentioning is very intense. I’m saying intense because in it, the balloons are sliding up very fast, and there are a lot of them.

You’ll need to tap and tap, and tap, and keep tapping to get them all. Try to get high scores before time runs out. There are booster balloons that give you more time, but there are also balloon bombs which have to be avoided at all costs.

Get Balloon Pop by Juraj.

Out of the 5 balloon popping apps from the list above, I would suggest that you at the very least let the little ones try Kids Balloon Pop Game Free and Balloon Pop by Juraj. First one will help teach them numbers and the alphabet, and the other one is just pure fun.