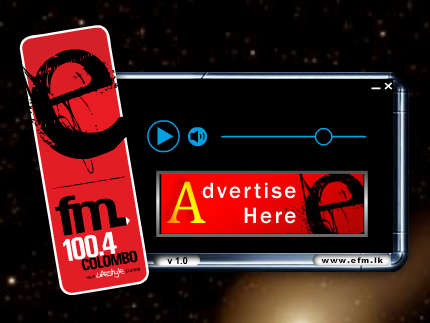 Check out some similar software like: RadioTime, Jango, and RadioMaximus reviewed by us.

As you can see from the image above, this free desktop client for online radio is really a very small application, both when it comes to the size of the interface, and also when it comes to consumption of system resources. Main controls where you can start or stop the radio station from playing and adjust the volume or mute the sound altogether are located there on the interface. You already may have Adobe Air and Flash installed, so you’ll only have to install EFM, which isn’t very difficult to install.

Key Features of this Desktop Client for Online Radio:

Another great advantage of EFM Desktop Player being an Air application would be that it can be used on Mac and Linux machines also, since Air works on all three major platforms. Users possessing older machines can listen to online radio without worrying about resources, same isn’t exactly true with similar modern media players, which aren’t exactly light.

How to Listen Free Online Radio with EFM Desktop Player:

One of the most attractive features of this free radio player would be its simplicity. For someone who isn’t very computer savvy, using complex radio players can be confusing. Large majority of radio players that are available out there can be a bit overwhelming with large interfaces where there are menus, sub-menus, and all kinds of options through which you need to go in order to listen to online radio. 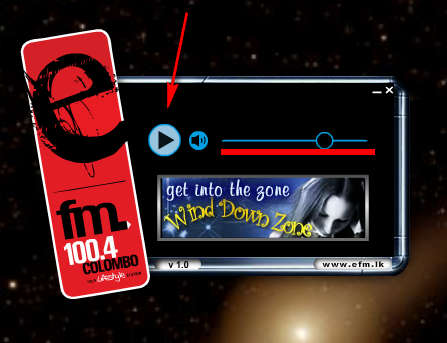 With EFM Desktop Player that obviously isn’t a problem, because its interface is extremely small and it doesn’t have a lot of controls. After you start it, in order to start listening to music and shows offered by E FM radio station, you need to click on the play button located on the left side. Use the volume slider to adjust the volume to your liking, or use the Mute button, for, well you know what for. These are all the options, nothing to confuse inexperienced users.

EFM Desktop Player is a very small and fast radio player, which does it’s job very well. Above the controls you’re gonna receive information about the current radio show or song which is being played. Everything is clearly laid out and accessible. Once that the radio starts playing, hit the minimize button and do your work. Download it absolutely free.