Here’s a list of 5 physics learning apps for Android which can be used by kids to learn and get familiar with physics. Physics is very important not just because understanding physics helps when trying to get into a good school, but also because it helps understand the world around us. Apps from the list down below will help kids learn physics by offering explanations for commonly used expressions, equations, quizzes and more. 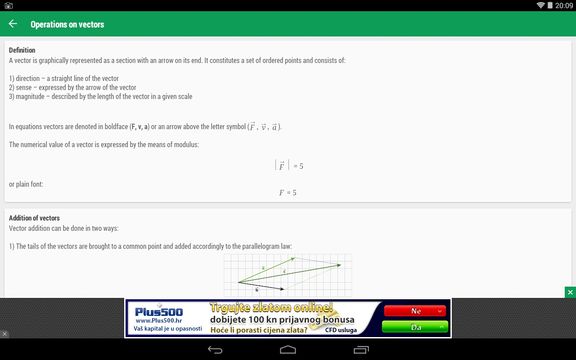 Pocket Physics is a physics learning app that offers explanations and formulas for all the basic branches of physics. Everything is covered, linear motion, acceleration, force, power, work, energy and more.

After launching the app, you’ll see a list of the previously mentioned branches, divided up into 23 lesson categories in total. Tap on one will show its contents, see image above. 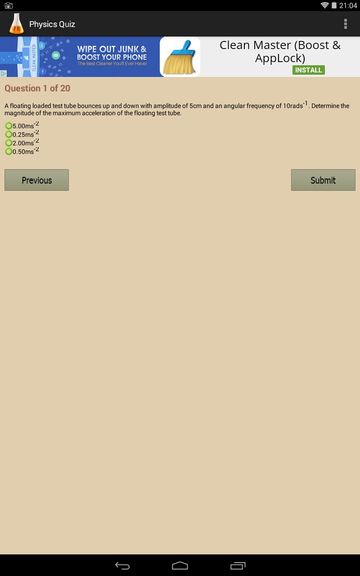 After launching Complete Physics you will see a menu with options for accessing lessons (just like what Pocket Physics offers), formulas, dictionary, practicals, questions and test quizzes.

Image above shows a quiz running. Each quiz offers 20 questions and at the end you’re given results. Practicals are what I like the most about Complete Physics, because it lets you practice solving physics equation assignments, which is a very important part of learning physics.

Also, have a look at Free Physics Game: Crayon Physics. 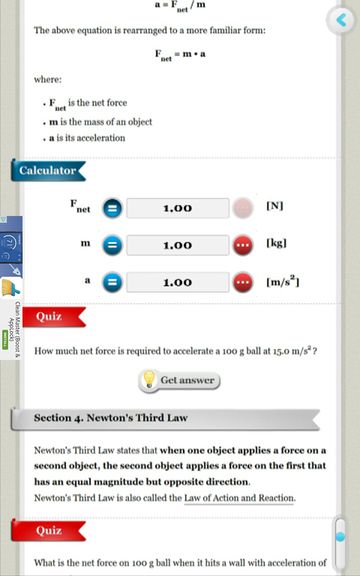 Learn Physics combines learning and testing (quizzes) into a single page, there’s no need to make selections at the main menu.

As you read through a lesson, at the end of it there’s going to be an option for launching a quiz. Quiz is either a question, or an assignment to solve an equation related to the previously explained material. Mechanics, electromagnetism and thermodynamics are covered by this physics learning app. 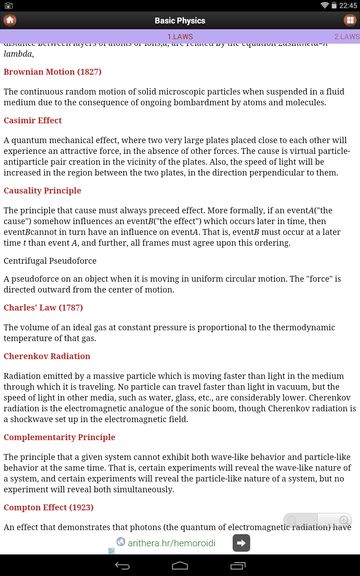 Basic Physics is another app that can be grouped with physics learning apps that combines both learning and testing, in other words it also has a quiz.

With Basic Physics, you’ll cover physics basics, obviously, and also physics formulas, laws of physics and physics experiments. After launching the app, you’re going to see a menu where you can choose between physics lessons (see image above) and a quiz for testing skills once the lessons have been learned.

Also, have a look at Windows 10 Educational App To Master Physics: Basic Physics. 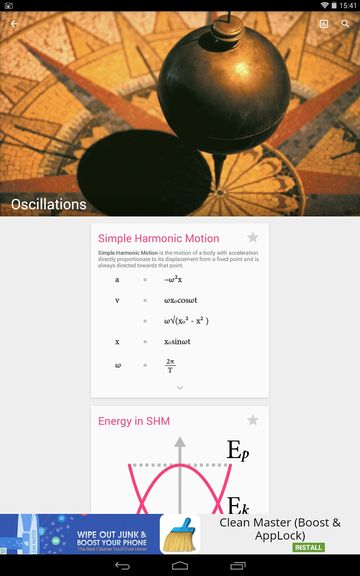 Aha! Physics comes with a selection of 15 categories of physics lessons which cover everything from motion to nuclear physics. List of categories is the first thing that you’re going to see after launching the app.

Lesson favoriting is supported, as is a special section with physics formulas where all the more frequently used physics formulas can be found. What I like about Aha! Physics is that it also offers a search tool for making quick searches for terms that you’re not familiar with and would like to know more of.

Out of the 5 physics learning apps for Android from the list above I have to say that all 5 of them will come in handy if your kid is trying to get some basic understanding of what physics is all about. I would like to single out Complete Physics and Aha! Physics as my favorites, because they have a lot of interesting features, like advanced lessons, quizzes and a search tool. Let me know what you think and make your suggestions by leaving a comment down below.