Here’s a list of 5 magnifier software for Windows 10 which you can use to magnify certain sections of the screen so that they’re more easier to read/see. Magnifiers can be used by people with visual impairments, but also users with very large resolutions on small screen sizes. Even though there are ways how to compensate for having a small screen and a large resolution using the system itself, like increasing DPI or the built-in magnifiers, if you’re still having problems with not being able to see parts of the screen, following magnifier software is just the thing you need.

Let’s see how it works. 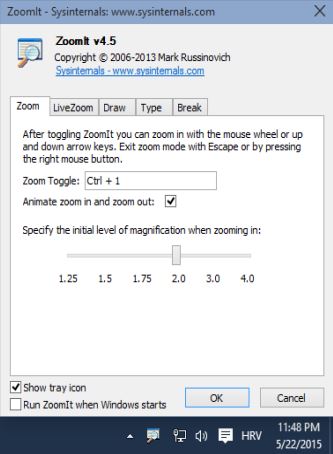 ZoomIt is a very lightweight (around 250KB in size, with small memory footprint) and a very portable magnifier software which works without installation.

System tray icon will help with quick access to the magnifier, but note that most of the controls for zooming in on the sections of the screen are keyboard/mouse based. By default you will need to hit CTRL + 1 in order to zoom in. Zoom follows the mouse cursor, and it will magnify the screen 2 times each time you hit the zoom shortcut. Keyboard shortcuts and zoom levels can be modified, as you can see from the image above, as well as lots of other options. All in all, ZoomIt packs a nice set of features. 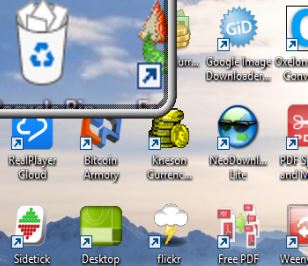 Virtual Magnifying Glass is a magnifier software which works with all the versions of Windows, not just Windows 10. Not only that, but it’s cross-platform. MacOS and Linux are also supported.

It works by letting you activate a magnifier window of configurable size, like the one you can see active on the image above. Everything that’s within this window is going to be magnified. By default the magnification is 2X, but the default magnification is configurable and you can use the mouse scroll wheel to zoom in and out on the go. Magnifier glass window can go up to 1600×1024 in size. 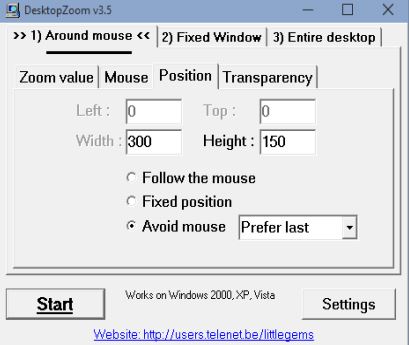 DesktopZoom works just like Virtual Magnifying Glass. It’s a magnifier software with a magnifier window, whose size you can tweak. 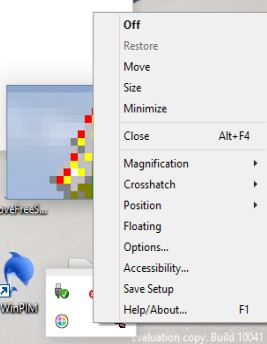 Fatbits is easiest to use, although because it’s simpler, it might not have quite as many features as DesktopZoom had.

Notice that the right click context menu on the image above is a bit more sparser. It has a resizable zoom window where whatever you have under the mouse cursor is going to be showed zoomed in. Up to 20X zoom is supported.

Also, have a look at Simple Screen Magnifier Software: OneLoupe. 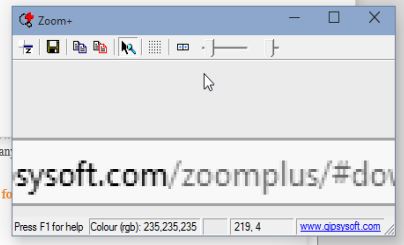 Zoom+ integrates the settings manager and the magnifier in the same window, the one that you can see on the image above.

Zoom will follow the mouse cursor. Use the slider in order that’s available all the way on the right in the toolbar to adjust the zoom level. What makes Zoom+ stand out from all the other magnifier software is the ability to take screencaps of the zoomed in area and saving them as BMP images.

First and last, ZoomIt and Zoom+ are my favorites from the list of magnifier software above. They are both portable and simplistic, with Zoom+ having a small advantage because of screencap taking functionality that it has. In reality all 5 of the applications worked great, and you can’t go wrong no matter which one you choose. Let me know which one you selected in the comments down below.