Here’s a list of 5 flight tracker apps for Android which you can use to keep track of flights when traveling via plane. Knowing when your plane is gonna land, or if the connecting flight might be coming in late can be very useful. You might book an alternative flight in time, or let your family know that they won’t have to come and pick you up because you’ll be coming in late.

Let’s see the apps we found in Google Play Store. 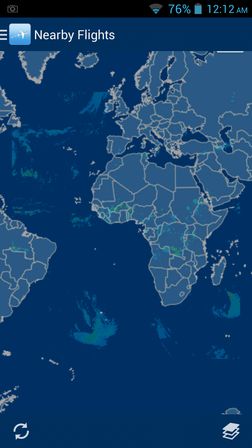 FlightAware Flight Tracker is a very advanced flight tracker app that even has a 3D representation of flights on the map.

To check a certain flight, there’s a few ways how you can find your flight, by tracking airport registration, airline, route number, city pairs, airport code and of course flight number. All the major world airports are supported and you can even create a profile for yourself to keep all your flights that way. 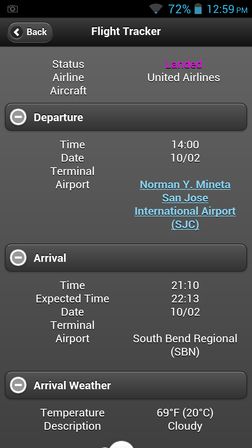 Flight Tracker by Smart Mobile Software isn’t as advanced as FlightAware Flight Tracker, for example it only allows you to search via flight number.

It also doesn’t support as many airports, which might be a bit of a turn off for users who aren’t based in the US. First thing that you’re gonna see after running the app is the a search box for typing in a flight number. Flight routes are available, but only for flights within the United States.

Make sure to checkout 5 Free Flight Tracker Apps For iPhone. 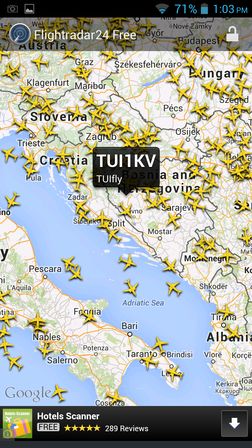 Flightradar24 Free is very simple, the free version of it is so simple that it only allows you to check the routes of flights that are currently in the air, in real time.

It’s great because it offers you a visual view of the flight routes. It can even indicate your location on the map based on your GPS location. 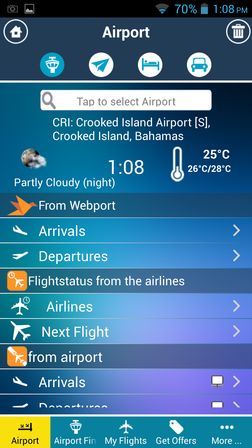 Airport (All) + Flight Tracker is a bit more like FlightAware, in the sense that it has lots of features.

It has over 2500 worldwide airports, and it tracks in real time arrivals and departures from all of them. You search airports, after which the app allows you to browse through the list of flights for a particular date of departure. It has lots of other features, like prices comparison for flight scheduling, map that shows flight routes (like Flightradar24) and more.

Get Airport (All) + Flight Tracker.

Also have a look at Skyscanner: Search Flights On Android. 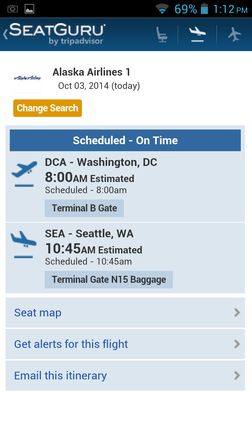 SeatGuru: Maps+Flights+Tracker is a flight tracker app for Android that has several other interesting features on the side.

For example next to tracking flights, you can also shop for flights. These are actually just price comparisons, which allows you to find the cheapest possible flights for your travel. There’s also a special section of the app that gives advice on buying seats in the flight.

I like Airport (All) + Flight Tracker and FlightAware Flight Tracker because they offer the best selection of features, although all the other apps mentioned aren’t necessary that bad. Try them all and let me know what you think in comments down below.