Sniper Hero is a free shooting game for Android that lets you shoot your enemies like a sniper. The game has multiple levels, with each level lasting just one minute. In that one minute, you have to kill all the enemies that come your way, without missing any. If you miss 5 enemies, the game ends.

The game has a simple gameplay and you just need to touch enemy to shoot it. But the difficulty of game keeps increasing with each level, and it almost becomes a bit addictive (remember Flappy Birds?).

However, a big disadvantage of the game is that it has full screen ads that come too often and you will invariably end up clicking those ads. 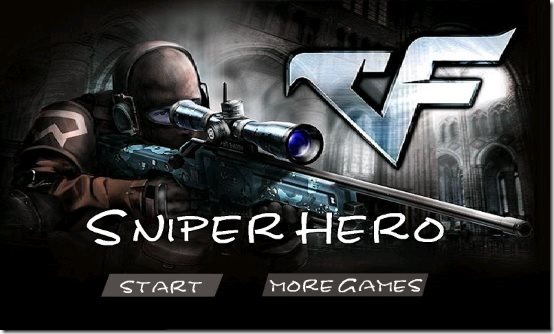 Gameplay of Sniper Hero for Android:

In this game, you are a sniper in enemy territory and you have to shoot all the enemies that come your way. The enemies will come towards you one at a time and soon they will go away. 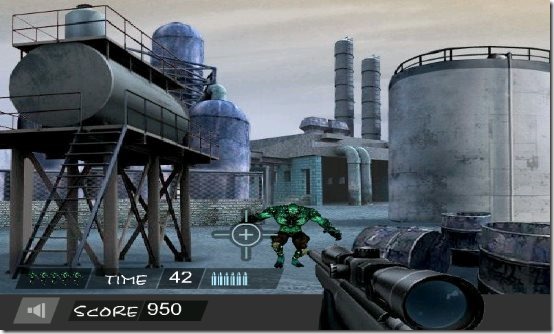 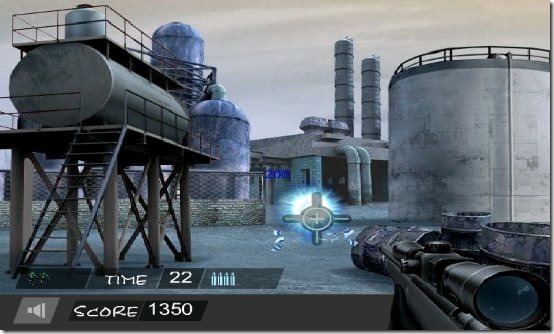 There is no limit on number of time you can click or number of bullets you use. The only limit is on time and number of lives. As I mentioned above, each round lasts a minute. During that minute, you have to shoot all the enemies that come your way. You get a total of 5 lives. Whenever you miss an enemy and the enemy goes out of the scene, you lose 1 life. When you lose all the 5 lives, the game ends.

As the game progresses, the levels keep becoming more and more difficult. I don’t know how many levels the game has in all.. I was able to go to third level only.

When the game ends, you can start game from the beginning only and not from the level which you were just playing.

Ads in the Game:

One very big disadvantage with the game is that it shows full screen ads too often. 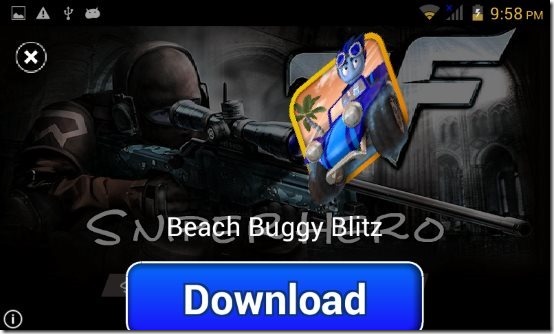 When you start the game, it will show two full screen ads. So, when you close the first ad, it will immediately show second ad. Once the game starts, there are no ads between the levels. However, as soon as the level completes, another full page ad shows up. It is almost certain that you will accidentally click on at least some of these ads, which becomes quite annoying after a while. I hope developers had put lesser ads.

My Opinion About Sniper Hero For Android:

I like the concept of Sniper Shooter and the fact that missions are small and the game is easy to play. However, what I don’t like is that there is no way to resume the game from the level that you have already completed. And the biggest disappointment are of course the full screen ads. I would rather prefer another Sniper Shooter game for Android. You can try out this Android shooting game yourself and see how it goes with you.

Get Sniper Shooter here, or scan QR code below.