Sniper Shooter Free, is a Free Game App for iPhone, iPad, iPod Touch and Android devices. It is a very interesting, insanely engrossing sniper shooting game. This game has been developed by Fun Games for Free. It is a perfect, must have app for all sniper shooting enthusiasts. The game is pretty simple, however the missions tend to differ in difficulty. There will times when you will find yourself completely frustrated because of being stuck at a level. This game has features that compel you to not lose interest in it for a long time. The bonuses, gun shop, achievements, concept of rating your performance and my favorite a multiplayer game. These are some of the features that really captivated me. I must commend the interesting game-play, the simple portrayal of humans and the overall feel of the game. Best of all, it is free ! 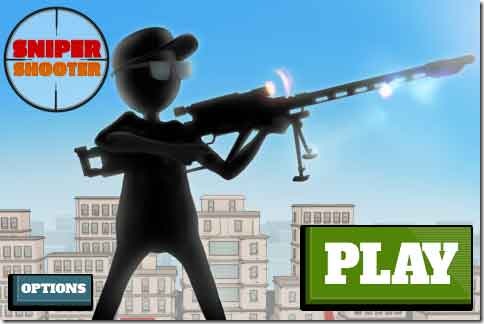 How to Play Sniper Shooter Free:

The game is available for free on Apple Store and Google Play Store.

The game once downloaded is good to go, no registration is required. Simply, press Play button and you are welcomed by a Chapters Screen.

The Game has several chapters that are locked. These can be unlocked by successfully completing a chapter and buying necessary guns for the next level. There are a total of 9 Chapters and one Survival mode, which has to be unlocked. Once a chapter is selected, the game starts.

The mission of the Game is pretty straightforward, kill the target whose description is presented before the game starts. The game’s view is from the Sniper’s sight. All you have to do, is tilt the device to set the aim, and tap on it to shoot!

Once, you successfully complete the missions of every level, you are presented with the stars. These stars determine your performance in every level.

Once, the missions in a chapter are completed. There are some other missions in the same Chapter, that can be done to earn coins. The list of such is present in the Achievements section. These currency coins help you to purchase guns, however, you can also buy them by spending real currency also! Mind you the currency coins are essential for purchasing guns. 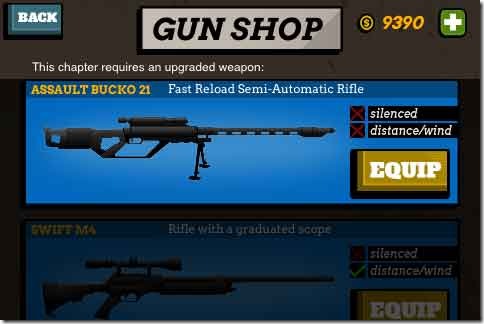 How to Play Sniper Shoter Multiplayer:

Once this is done, you are good to go.

The game opens up. The mission is to kill the other opponent and at the same time hide yourself behind a wall.

For each win, you get some coins ! 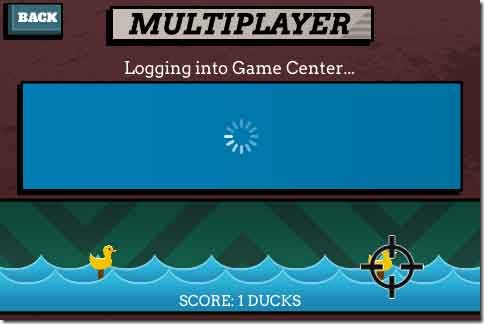 Also check out some other FPS games, and online multiplayer shooting game.

Nowhere, did the game mention that there was a multiplayer game option as well. It was by mistake I found the multiplayer option by scrolling the screen!

There is a frequent need to recalibrate aim if you lie down. 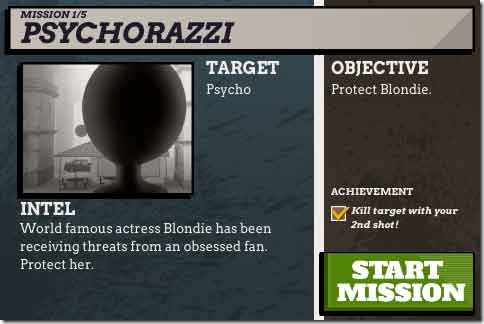 The Sniper Shooter for Free, is an awesome, must have app for all sniper shooting game enthusiasts. It is a small game, packed with features. Although, you won’t find amazing graphics. But the simpler description of places, humans, catchy sounds and effects are all one can expect in a free game. I recommend this game fully.

It certainly deserves a 4 on 5.