Slide Launcher for Android is a free lightweight quick launcher for Android devices. This app is fully customizable and allows you to quickly access your apps, contacts, and more. Slide Launcher is not an Android launcher in a traditional sense such as Apex, MiHome, Solo, Nova etc; this app only provides you a quick access to apps, so you do not need to replace your current launcher.

Slide Launcher can be accessed from anywhere in the operating system. You need to use the Google Now gesture of sliding up the home button to launch the app, however in some devices it might be accessed by long pressing the home button or the menu key. You can change the app to your liking by changing the space between icons, background color, icon size, background image, and more. 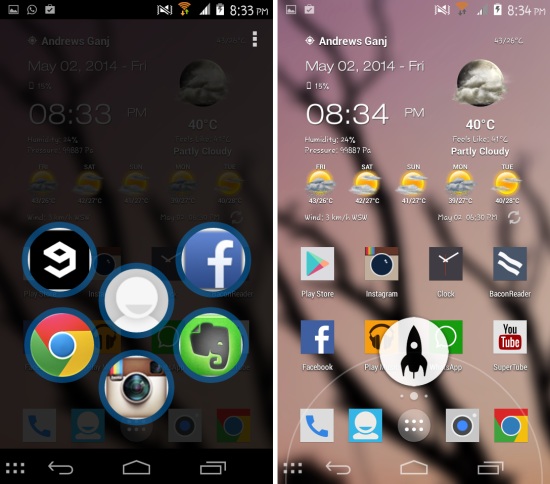 You can get Slide Launcher from the link or QR code given at the end of this review. When launched for the first time, you will be taken to the welcome pages which will explain you the basics. 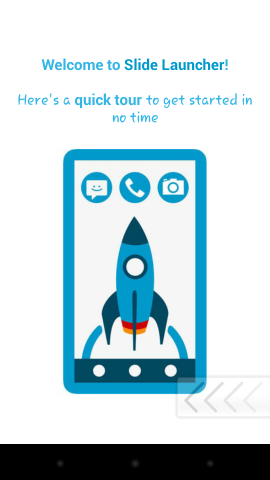 After this, the app will point you to the menu as seen here, tap on it to access settings of the app. Now tap on the button which looks like a pencil and then you will be taken to another screen. Here you are supposed to add your favorite apps, contacts etc. 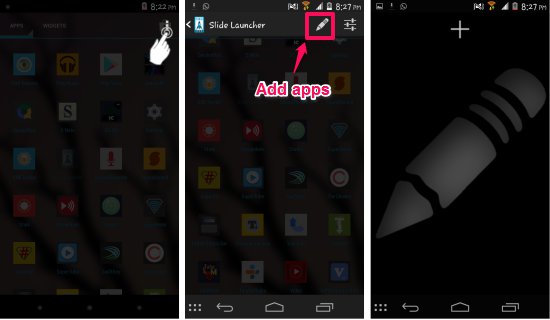 To start adding things, simply tap on the plus symbol as seen in the above screenshot, and then you will be taken to the interface as seen here. You can add contacts, apps, and other things. Also, you can customize the name, icon, and more. To add an app to Slide Launcher for Android, tap on the app options and a list of apps will be shown. From here select any app. 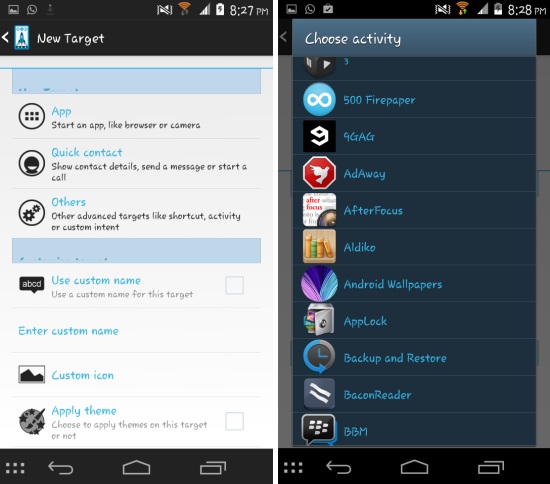 After adding the quick shortcut, Slide Launcher will ask you to add more targets. Keep on adding till needed. When you add contacts and others items then you will be given options as seen below. 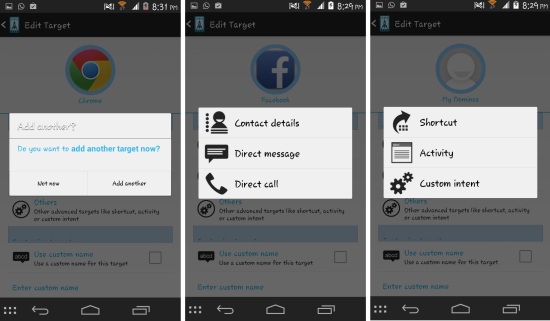 After you are done adding items, simply use the button or gesture you use to call up Google Now and then you will be presented with the options as seen below. Tap on Slide Launcher and then click on the ‘always’ button. Now whenever you use the gesture to invoke Google Now, Slide Launcher will come up and all your apps and other items will be available for quick access. 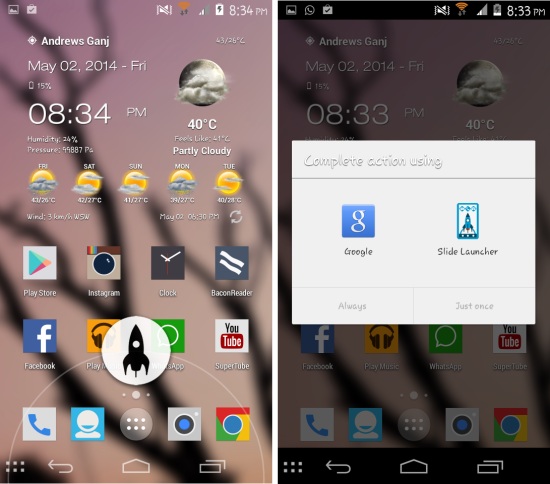 Settings in Slide Launcher for Android: 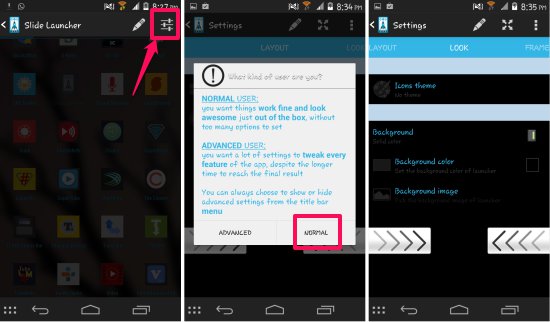 Here I have changed the layout style in the app to ‘Arc’ and also changed the icons. You can see that the look of the Slide Launcher is completely changed. 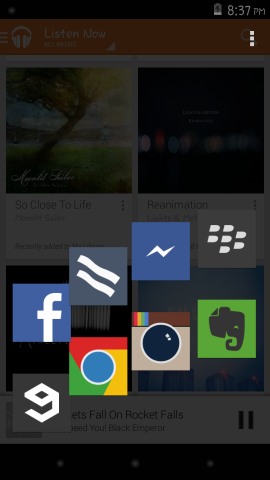 Get Slide Launcher from here or scan the QR code below. 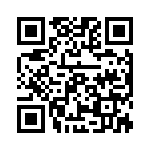