Before I start note that Next Lock Screen from Microsoft cannot be installed in every country. You might have to use tricks to get it to work, tricks like How To Access A Different Country’s Play Store From Android Phone. 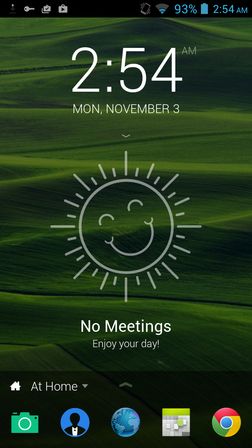 The default lockscreen that you’re gonna get after activating Next Lock Screen can be seen on the image above. By default it shows upcoming calendar meetings created with the System Account through System Settings (doesn’t work with Google apps). Also notice the app icons at the bottom.

Key features of Next Lock Screen from Microsoft are:

Wallpapers can be changed for each app profile, a total of 3 profiles are available, so this means that you get 3 sets of profiles that you can use.

To get the lockscreen working, you’ll just need to tap on its icon after installing the app. Like I already mentioned, if you’re outside of US, you probably won’t be able to install the app because it’s region restricted, but there are ways to get around that. If you get errors installing this free lockscreen app, keep in mind that there’s nothing wrong with the app. 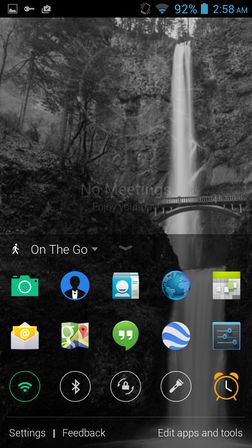 Default screen will show upcoming meetings, missed calls and SMS messages and the shortcuts to frequently used app. Tap on the arrow from the bottom strip of icons to open them all, and also to open the Wifi, 3G, BT controls. Fully open bottom window can be seen on the image above. Apps and tools that are showed can be customized by tapping on the Edit apps and tools button. 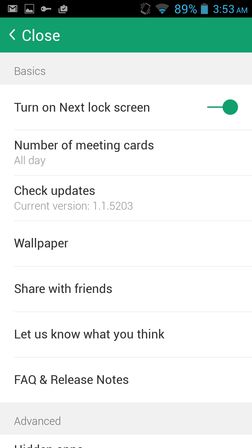 I tested out the L lockscreen earlier and now the Microsoft Next Lock Screen, I can honestly say that I’m torn between the two. L lockscreen app that can be found in the Play Store picks up all the notifications, but it doesn’t have the kind of advanced selection of app icons that can be added to the lockscreen with the one that Microsoft’s Next Lock Screen has (at the bottom). All in all, a combination of these two lockscreen apps would be best in my opinion, but you can’t really go wrong no matter which lockscreen you pick. Next Lock Screen from Microsoft is multi-function, easy to use and light on resource. Use it on older phones that you’d like to freshen up a bit. As always, leave a comment down below.