Shark Attack is a free action adventure game for PC. It’s a classic adventure game, where you play as a Scuba diver and explore the jewels hidden deep in the chest of ocean. The game has different levels to complete. You need to explore the entire wealth in ocean, part by part.

The game has awesome cartoon like visuals. It has lots of adventure to offer, including dangerous creatures like Sharks and Mine bombs that explode when touched. There are also some sea monsters that can harm you and kill you. Once dead, you can start the game from the same level.

The download size of the game is very small, just about 11 MB. Pretty reasonable for the kind of visuals that it offers you. When you launch of the game, the player immerses itself deep into the sea. You can walk, swim , jump on the jelly fish and bubbles, and explore the artifacts hidden in the ocean.

The game starts with a short story that builds up the excitement in the game. Pirates, Family Relic, Wealthy Grandpa; the story has every element that makes it a classic movie material (” Journey To The Mysterious Island” Type). 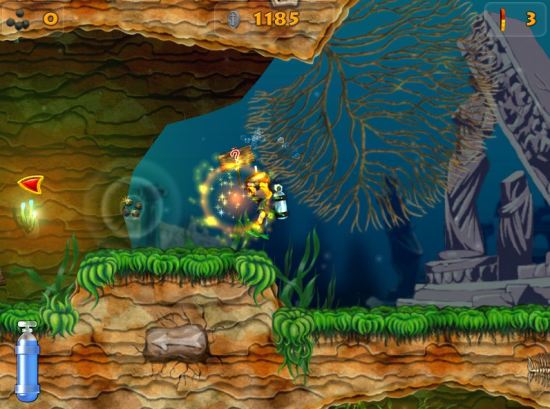 Here is a summary of the story:

Kenny is young brave man (your virtual Avatar in the game), whose family wealth was stolen by the pirates and broken into pieces. Those broken pieces are now resting in the different parts of the ocean. The grandson (you – the Kenny) sets out on an adventure to restore all those family relics. But, as soon as he reaches deep into the sea, he discovers that the ocean is not only about cute Jelly fish and Dolphins, but one also has to face the killer sharks and Octopuses to survive. All you have for killing them are a few stones, few cylinders of oxygen, and a scuba swimming technique that does not even makes any sense.

Are you ready to take up the challenge and help Kenny to restore all his family relics which was once seized? 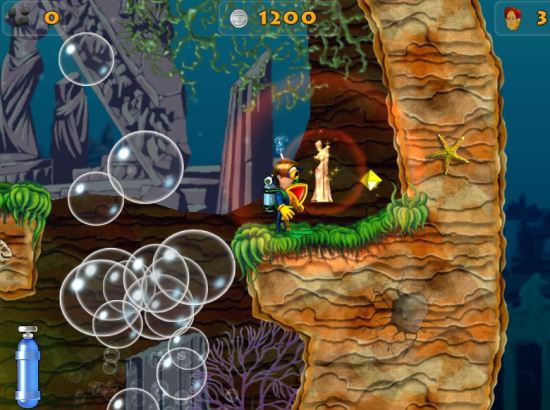 The game is very simple and straight forward. The game has intuitive visuals like: a guiding arrow that shows you the way, facts that keep educating you about the things to discover. It has a flexible game control; game can be controlled by both mouse and as well as the keyboard. There is a map that you have, you will have to explore all of it level-by-level. 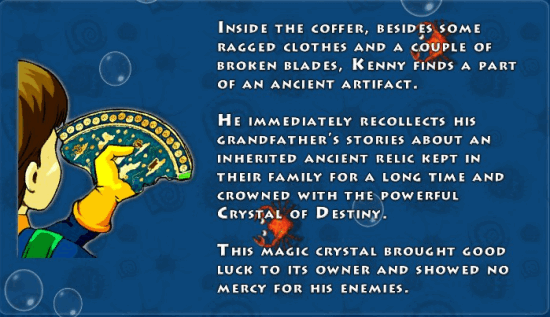 Each level has some artifacts for you to explore and collect, and lots of gold coins and other wealth to collect. You start your level from one part of the ocean and reach your small submarine while exploring the gems, jewels, and artifacts. 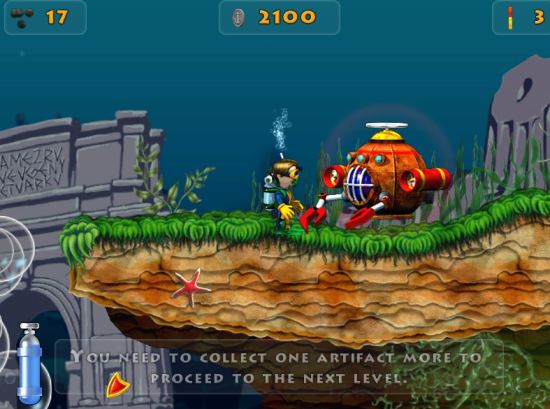 You walk on the sea beds, swim across the ocean, jump on the jelly fish and Sulphur bubbles to complete the level. However you have to be cautious of the angry Octopuses, giant Sharks, and the remains of the dead as they can harm you or your diver’s suit. 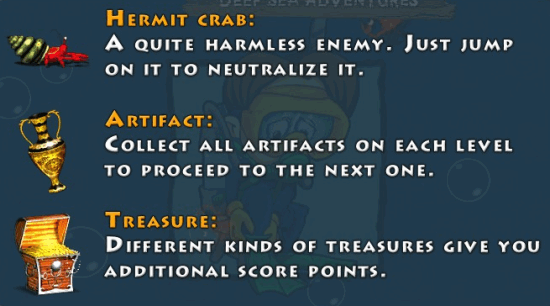 All in all, collect the artifacts hidden deep in the ocean by navigating as the scuba diver. Explore the entire map by exploring it part by part in each level to complete the game.

If you have inclination towards adventure games, then do try this free online game.

Once you launch the game, you are initially required to fill-in the player’s name and then tap on the “New Game” option to start the game. 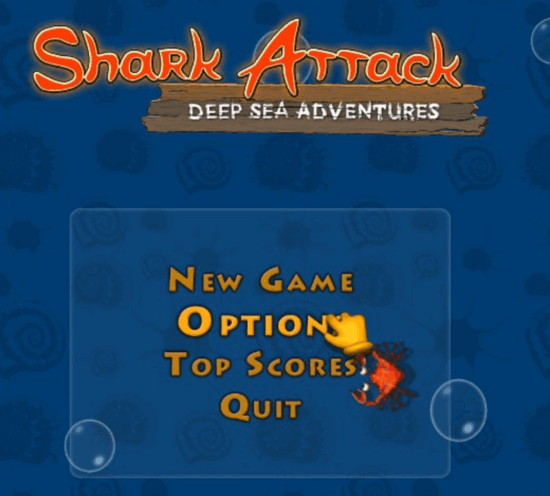 Then a small story runs that I spoke about earlier. 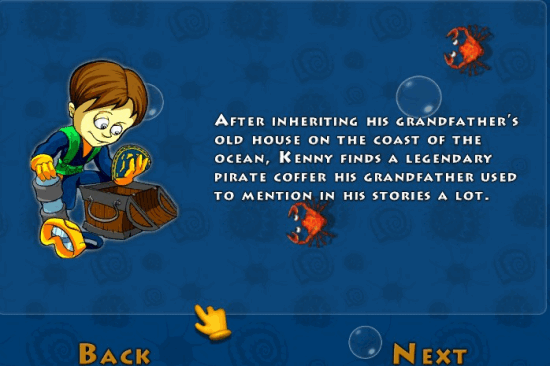 The game can be controlled easily by both the mouse and the keyboard.

To navigate the scuba diver with your keyboard, you can use the following keys:

However, if you wish to control with your mouse then you can:

Thus put on your scuba suit and set out on an adventure. 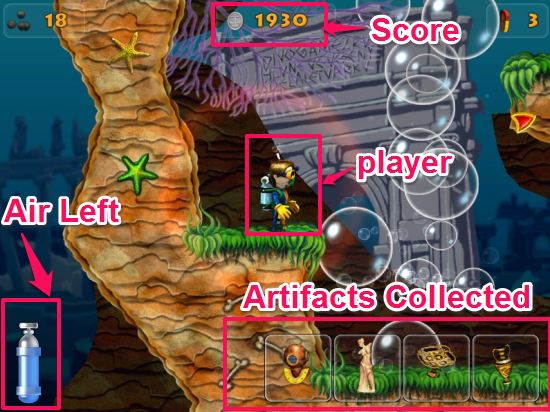 All in all, Shark Attack is a nice adventure game that allows you quite exquisite adventure. The awesome visuals, flexible control, and small size adds to the USP of the game. Therefore, I rate Shark Attack as a “Good” game and even recommend you to start your virtual journey across the ocean with this game.