Mars Pop is a free multiplayer online puzzle game for Windows 10 devices. In the game, you have to pop the bubbles to create a high score. When you run the game on your device, you will be presented with an interface which allows you to battle against the tutorial robot. The tutorial teaches you how you can battle against other players and win the game. When the tutorial is complete, you can click on the Play button in the main menu and you will be matched up automatically with players who are online at the time. You can see the gameplay screen of other players at the top left of the screen and your gameplay screen will be displayed at the dead center of the game’s interface.

Mars Pop is available for free from the Windows App Store.

When you run the game on your device, you will see the below interface. 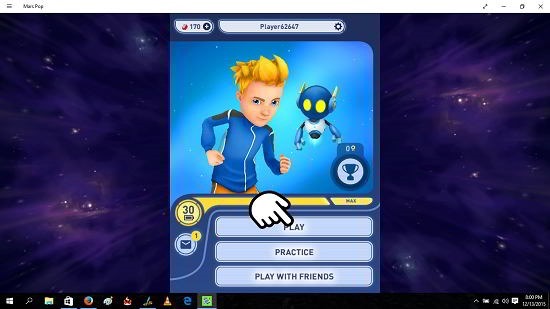 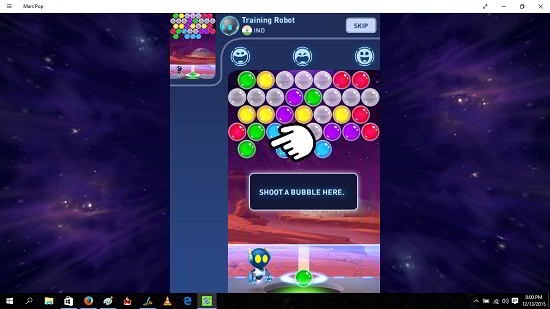 The game is a multiplayer game, hence it requires you to be online. You can see your gameplay screen at the center and the gameplay screen of the opponent at the top left of the screen. You may skip the tutorial at any time via the Skip button at the top right. Now you will be matched up with other players online at that time. This is shown below. 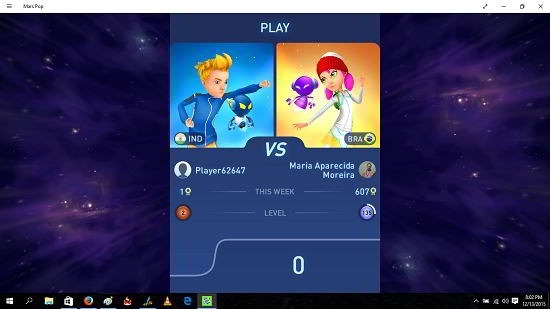 The gameplay proceeds in the manner displayed in the tutorial mode. Once the level is complete, you will see if you won or lost the game! 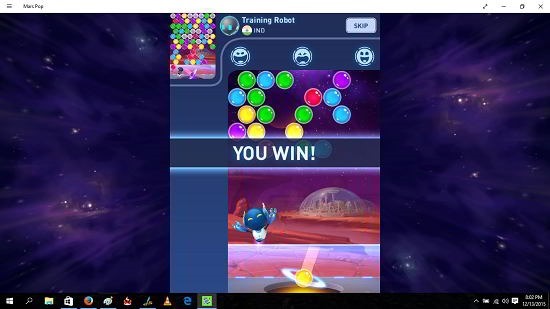 Mars Pop is a great free game for Windows 10 devices which you can grab for free from the Windows App Store by heading over to the link below.