If you want to see the emotions of a tweet without reading it then you can try this addon. It automatically analyzes all the tweets and shows their corresponding sentiment. Simple as that. There is nothing you have to configure in it to make it work. Just install it and forget it. If you need a more advanced tool for Twitter sentiment analysis then you can use Sentiment Viz. And if you need a tool for WordPress for sentiment analysis then you find one here. 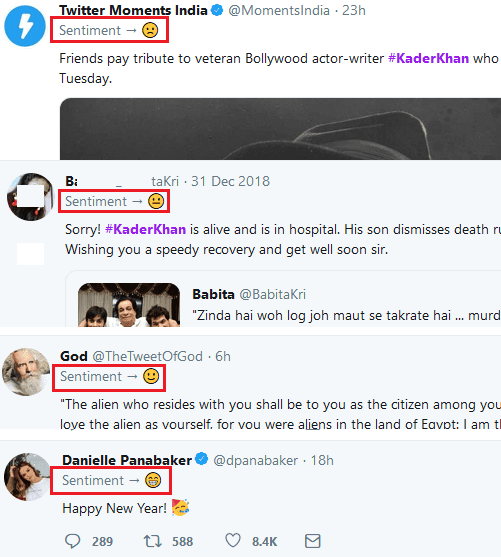 Using this Twitter Sentiment Analysis Firefox Addon to See Sentiment of all Tweets:

Once the addon has installed successfully, open Twitter. Or refresh if the tab of Twitter was already opened. You will start seeing an emoji icon on top of all the tweets. This will help you quickly see what the tweet is all about. It adds the sentiment indicator to the replied tweets as well. You can see the screenshot below.

In this way, you can use this simple tool to quickly add sentiment analysis to all the tweets in your feed. Just install this simple addon and you are done. Currently, it works with Twitter and may be in later updates,m t may be able to work on Facebook posts as well.