Do you have multiple Twitter Accounts? Head over to this article to learn about Twitter apps for accessing multiple Accounts. 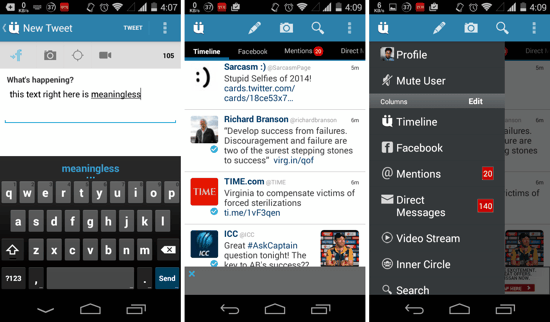 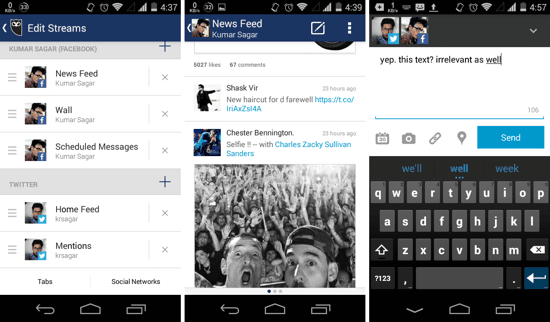 HootSuite for Android is one of the most popular apps for accessing Facebook and Twitter at one place. Hootsuite lets you add tabs to your Facebook and Twitter accounts, which can then be accessed easily from the Edit Stream screen whenever you launch the app. Tap on any of the Facebook tabs and you will be taken to that tab, then you can swipe between other tabs added to that Social Networking Account. You can post your Status Updates and Tweets easily from one place as well. Hootsuite also has premium features which you have to pay for, but for personal use you don’t need to worry about that. Oh, and not long ago, Hootsuite acquired Seesmic (which, by the way, was also an extremely popular app), but you can get it from here if you wish, since it hasn’t been pulled down from the Play Store till the time of writing of this article. 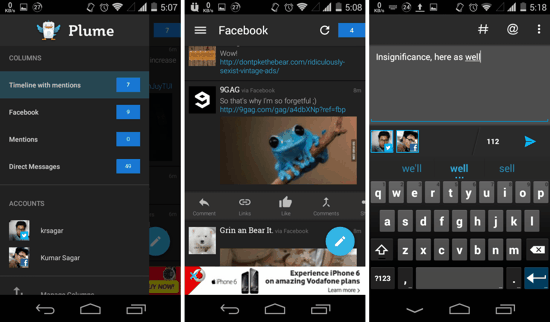