Brick it! is an amazing Windows 8 Brick Game. It is based on the classical Brick Game in which you have to break Bricks and have to make your way to the next level. The game consists of a ball with which you have to clear your way by breaking off the bricks that come in your way.

The game is sure to keep you engaged for long hours, as the game play is such that it encourages you to play again and again so as to increase your score. The controls of the game are very easy.

Brick it! is freely available in the Games category of the Windows Store. 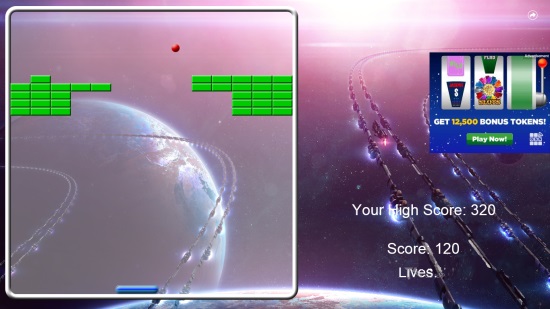 Brick it! has a nice interface. At the main landing page of the game, the option to start the game, as well as the instructions to play  are given. 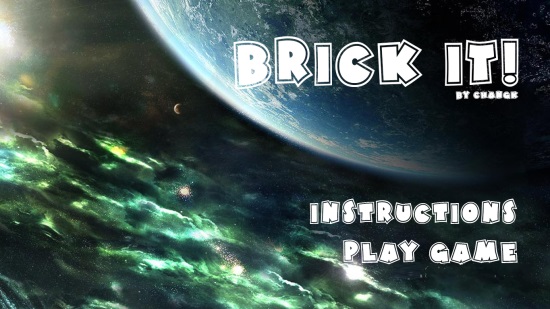 As you use the Play game option, your game will begin. Let me tell you more about the game:

This is a version of the popular Brick It game that you might have played in your childhood as well. You have to control the ball to break as many bricks as possible. There is a slider at the bottom that you have to use to bounce the ball and throw towards the bricks, that are towards top. When the ball touches bricks, it breaks a few and it heads downwards. You have to move the slider to ensure that the ball falls back on the slider and bounces back. If it misses the slider, you will lose a live.

If you are able to clear up all the bricks you would be taken to the next level.

One thing to keep in mind is that 3 lives would be given to you.  Your score will keep on adding up until your last life is gone.

The controls of the game are pretty easy. You can,

Your score and the best score made by you would be shown on the right side of the game’s interface.

My Verdict On Brick it!

Brick it! is a nice Windows 8 Brick Game with easy controls and an easy game play. The only point where it lags is the large number of advertisements that appear every now and them. Give it a try for sure. Do share you experience with us!

Get Brick it! here