deConstruct is a free Windows 8 physics game app. This is a puzzle game. Here you’ll get locations, where you’ll see a tower with wooden and iron pillars. All you have to do is remove as many pillars as you can, without making  a blinking tower fall below a green horizontal line, usually drawn at the middle of the playing area. Removing as many towers gives you points, and if the blinking tower falls below the green line then the game ends at the very moment. The game is very simple, but quite fun. Also it works in all Windows 8 devices and requires you to connect to internet. 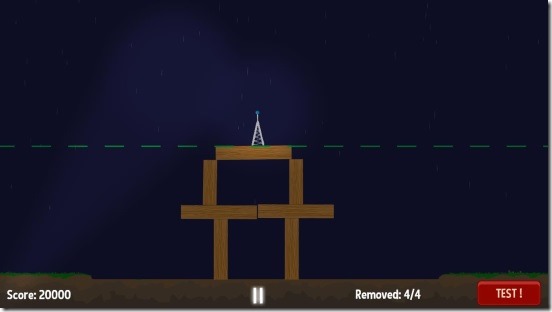 There’s nothing much in the game. Still it’s a fun and challenging little game. The game is based on physics law of gravity and center of mass. That is, you have to know where the mass of the blocks are centered.  If you have played Jenga (a block removal game), then you might find the game very similar. just like the Jenga, the main objective of this game is to remove the blocks from the tower on which the blinking tower is standing, without making the tower fall below the green marginal line. 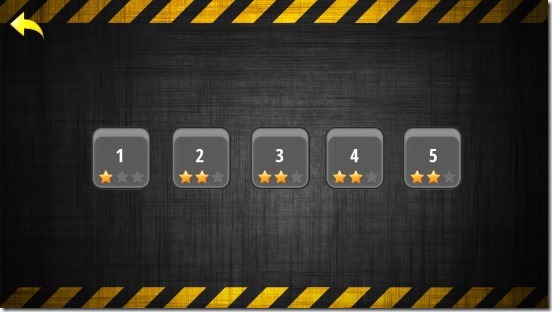 There are just 5 stages in this game app; which are pretty much easy to complete. But your focus in this game should be to remove as many blocks as you can and trying to achieve 3 stars at the end of the game, and not just completing the levels. Getting 3 stars is quite difficult in this game, you hardly get 3 stars at the end, and this fact makes the game interesting and fun. Also the game is not just about finding the center of gravity, but there are some stages in the game where you need to quickly remove blocks so that you can maintain the balance on both sides of the tower.

The game simulations are pretty real and so is the gameplay. All you have to do is simply click on the blocks that you want to remove. For each stage, there’ll be a certain number of blocks pre-defined that you have to remove at least. Just remove that many blocks and click on Test. If it turns green then that means you have completed the level, or else you have to restart the game again. And if you managed to remove more blocks than mentioned, then that’s more good news for you. 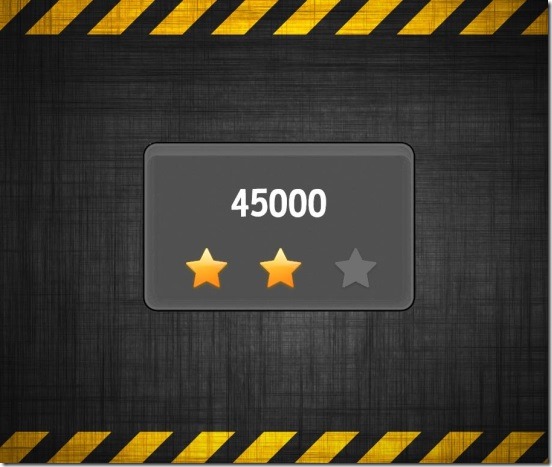 You might like giving these Windows 8 physics game apps a try: Gravistation, Wok ‘em All Line, and Mortar Melon. Each one is super fun to play. Do check them out.

deConstruct, sure is a good Windows 8 physic game app. It’s fun and addictive; the challenge to remove as many blocks possible makes you glued to the game for quite a long time. This is a game that you’ll play offline and challenge your friends to beat your best score.