Blocked (free), is a free Windows 8 puzzle game app. It’s a fun and quite challenging blocks puzzle game app. where the objective is to remove the stalling blocks off the way, and move the red colored block, out of the playing area. The game is a puzzle, where different blocks are standing on your way between the exit point (your destination) and the one red colored block. You have to think wisely, and plan your way through the blocks, so that at the end you are able to move the red colored block out of the playing area through the exit point. The less number of steps you take to solve the puzzle, the more stars you get, and more quickly you’ll unlock next higher level.

So if you like playing puzzles games, especially block ones, then this is the Windows 8 puzzle game app for you. Play the game whenever you are free, and from any Windows 8 supporting device, and put your brains into work. 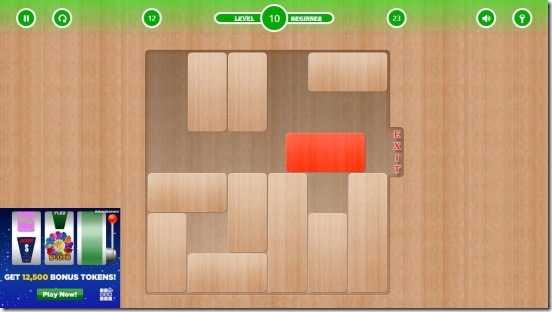 It’s the game play (that is the puzzles) that makes the game app fun and challenging. The game is played in levels and each single level is a puzzle. There are a total of 120 levels in the game; according to the level of difficulty. 120 is a huge number of puzzles to solve, and can keep you busy for quite a long time. Though, in this free version, the game has only first 20 levels free. Still, they are good enough to keep your interest glued to the game. And of course, if you liked the game quite much then you can always unlock the later levels by spending few bucks. 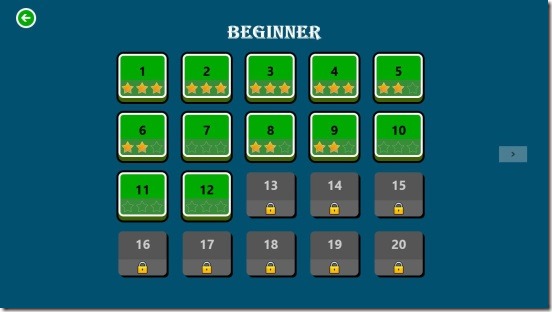 Good thing is this Windows 8 puzzle game app has tutorial section. This actually, explains you how to play the game and the rules of the game. The rules of the game are pretty simple: the blocks that are laid down horizontally in playing area, can be moved only horizontally, and those laying vertically can be moved only vertically. Also, you can’t move a block over the other block, that is you can’t cross them and finally, you can only move one block at a time. The whole game works on these simple rules. Simply follow these rules and move the red block out of the playing area. 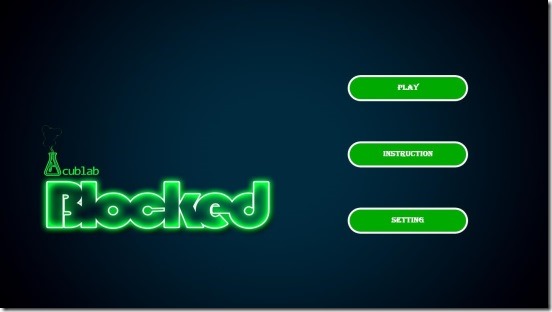 One interesting thing that I liked about this Windows 8 puzzle game app is, each puzzle is solvable, and the number of required steps to solve it, is mentioned on the top left side of the screen (just besides the Level label) and the number of steps you took to solve it is shown at the right corner. The scoring of the app depends on this factor. The more close you are to the actual required steps, the more chances are there that you’ll score 3 stars, and the more farther you are to it, the less stars you’ll get. All though, it’s not necessary that you have to get a star to unlock next level. Simply solve a level and the next level gets unlocked. 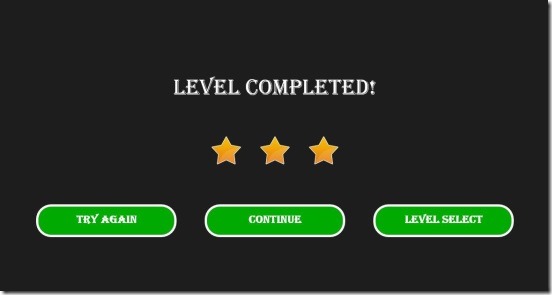 The game is equally good for all, but as it advances it gets tougher and tougher, giving more difficult puzzles to solve. But this is the fact, that makes it challenging and play worthy.

Blocked is a good Windows 8 puzzle game app. It’s fun, has good gameplay, and works in all Windows 8 devices without any lags and needing no internet connection. A great game app that keeps your mind busy.