Radiant Defense is a free game app for Windows 10 where you have to defend the base from oncoming aliens. This can be done by building modules, placing gun turrets etc. The game is set in outer space in an intergalactic environment where the aliens are entering through a vortex. When you open the vortex, the aliens enter and the aim is to kill all the aliens before they make it to the other side of the platform. If they do, then its game over and you mission fails. You play as the commander in this game.

Radiant Defense is available for free from the Windows App Store.

On non touch devices, the game is based on the concept of clicking and placing modules (gun turrets, construction blocks) etc.

On touch devices too, the concept remains the same but the way of playing the game depends on touches on the screen rather than mouse clicks and drags.

When you run Radiant Defense on your device, you will be presented with the below shown interface. 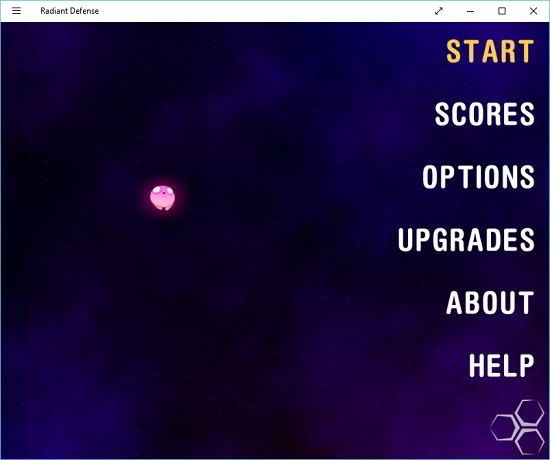 You can click on the Start button to start the game itself. When clicked, you will be shown the below interface. 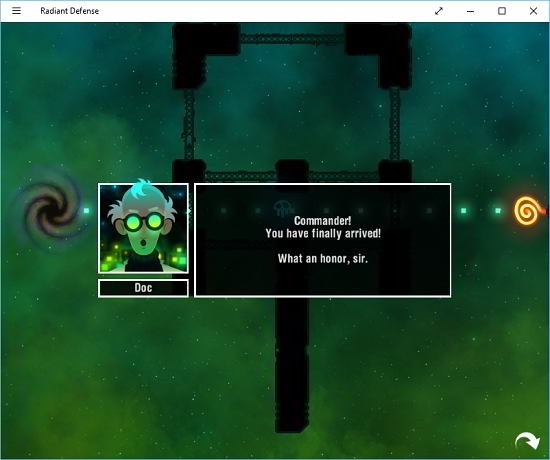 The above screen is the introduction to the game where the Doc will introduce you to the situation at hand. You will then be informed of what to do, in this case, building modules at appropriate locations to keep the oncoming aliens at bay. The next thing you will see is the modules screen. These will be shown at the bottom of the screen. 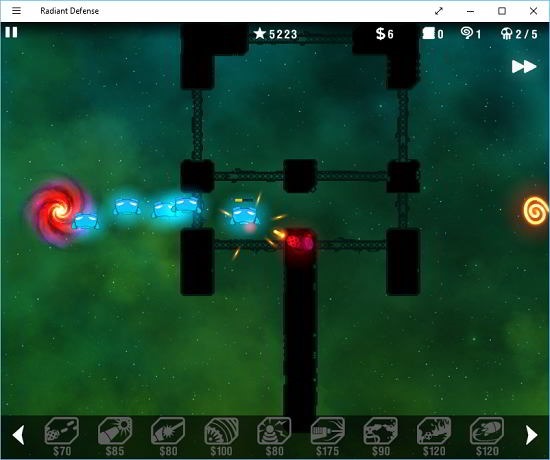 As you can see I have already used the gun turret module which is being used to fire at the aliens. Similarly you can also use a construction block module, upgrade the current modules etc. If at all the aliens are able to reach over to the other side, its game over and the mission fails. You will see the below prompt when this happens. 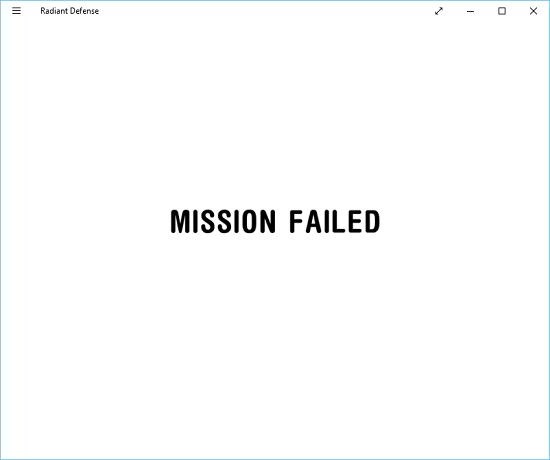 Overall the game is a very fun little app to have on your Windows 10 device and makes for a good way to pass away your time. I have no complaints with it whatsoever, as the game is a perfect blend of difficulty level, graphics, smoothness of gameplay, background music and even its size.

Overall, Radiant Defense has extremely good graphics and smooth gameplay which make for a nice download on any device running Windows 10. There is nothing to be hated about this game, and I would gladly rate this game an outstanding 5/5.