This is a simple tutorial to explain how to scrape followers of any Twitter user from command line. Here I will talk about a simple command line tool called, Twint. Using this tool, you can scrape a lot of things from Twitter by executing some simple commands. And the best part is that it doesn’t uses Twitter API. You can use it without using your API keys to scrape tweets, followers, and some other information from Twitter. It is written in Python and that is why it is cross-platform and you can use it in your applications as well.

There are some online tools to export followers from Twitter but if you want to do the same thing from command line then this post will show you. This command line tool, Twint takes a username from you and then get you the list of followers on the terminal. With some tweaks, you can save the list in a text file. In the basic followers extraction, it only scrapes the Twitter handle and shows it to you. However, if you want to scrape Twitter users with some added information then you can do that. 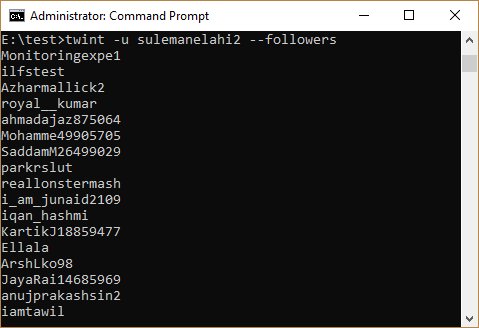 How To Scrape Followers of Any Twitter User from Command Line?

To install Twint, you have make sure that you have Python installed. Also, currently there are some problems in installing it from PIP but it will resolved in a few days. So you have to install it using the following command. After finishing of this command, you will be able to call Twint from CLI. 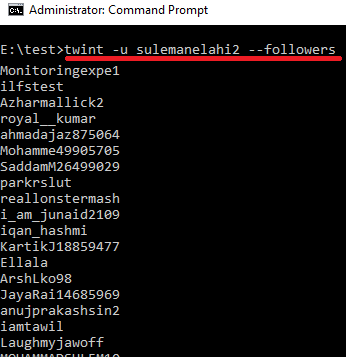 To save the list f followers to a file, you have to do some slight modifications to the above command. You just append greater than sign at the end and add a file name in which you want to save the followers. See this command: 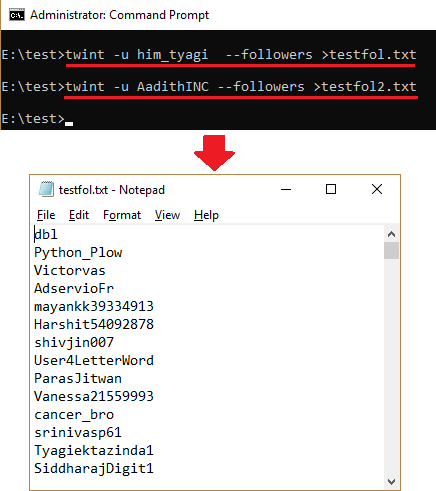 In this way, this simple tool works to get you all the followers of any Twitter user. And not only downloading Twitter followers but you can also use this tool to scrape a lot of things from Twitter. You can see then details about this tool if you use it as a library on GitHub.

If you want to get followers of any Twitter user then you will not find much free tools for this. But if you are good at playing with command line tools, then it is a very nice methods to export Twitter Followers of a user. This tool precise scrapes Twitter followers and downloads them on your computer. No matter on what platforms you are, you will be able to us it easily. Then installation method is same for all the platforms that it supports.