Here’s a list of 5 best news apps for Android which can be used to keep track of news events from around the world. On this list I focused on apps from major international news networks, at least the ones that have apps. They all have their unique features, like being able to track specific topics, detailed categorization, favoriting and more. All these Android apps are free to install and use.

Let’s see how exactly it is that these news apps work. 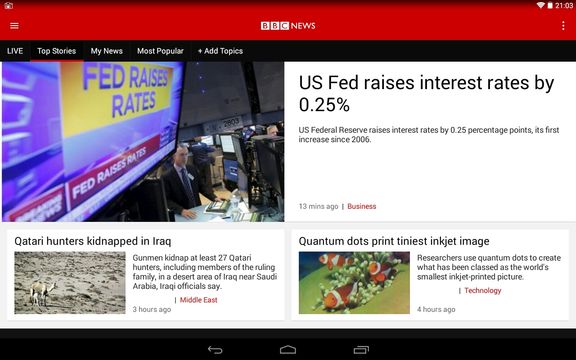 Even though the list is just starting, I have to say that I’m thoroughly impressed with BBC News. App offers access to news from around the world. They are categorized based on region (Europe, Asia, Africa) and type (football, tech, science, entertainment).

When it comes to interesting functionalities, there’s a feature called “My News” which lets you pick certain news categories for a news feed of your own, based on the news you’re interested in. There’s also a search tool, live feed, notifications, text size tweaking and more. 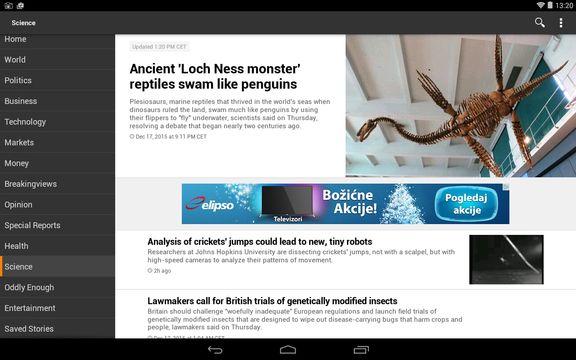 Among the more mainstream news organizations out there, Reuters is thought by many to be the least biased, or at least that’s how it appears.

App has a list of categories on the left. List of articles from the selected category is displayed on the right. Once you tap on an article it opens up full screen. Font size can be changed, there’s also a search tool, news notifications and stock price tracking built in.

Also, have a look at Newsbeat For Android: News Reader App That Reads Out News To You. 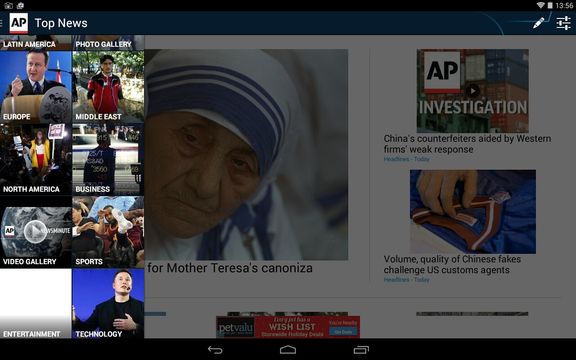 Associated Press is another well known international news agency. Its Android app is very similar to all the other news apps that I covered.

After launching the app for the first time, you’ll be asked to selected region between US (English), Spanish and International. The international one is also English, but it focuses on news from around the world. App has a nice tablet optimized interface, search tool and more. 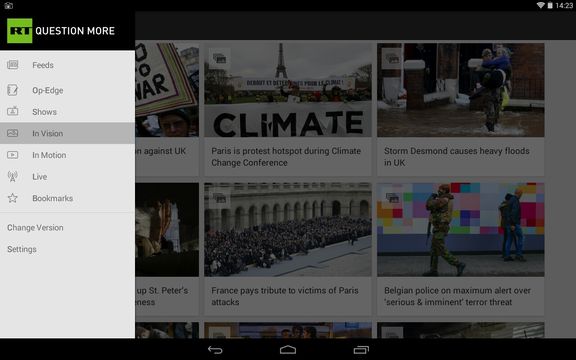 RT News is an app that gives you access to international news in either English, Spanish, Arabic, French and Russian of course. It’s a news agency run by the Russian government.

Many people, myself included, like it because of talk shows that the network produces. App gives you access to shows, categorized news from around the world, image galleries, video galleries, live streams and more.

Also, have a look at Android News Reader App With Auto Offline Save Mode. 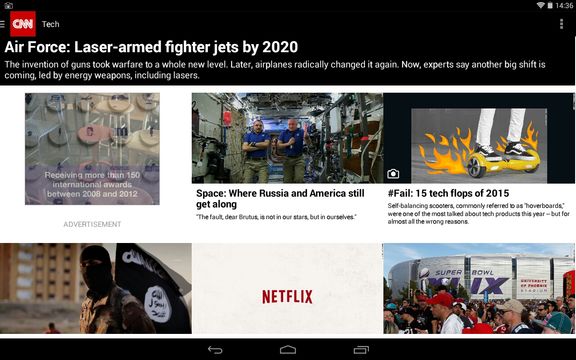 CNN is a famous news network app for Android that focuses on US news, but also has a setting which lets you switch over to international news and even metric units of measurement.

Get CNN Breaking US & World News.

My favorite news apps, the best news apps in my opinion would be the BBC News and RT News. They have great interfaces, nice selection of features and include regular news updates. Let me know which news app you use and think is best by leaving a comment down below.