Encrypted Disk is also useful in situations where you have to move the data on an entire drive to another computer. You can either copy the virtual hard disk image to a USB drive or transfer it over the network. Because your virtual hard disk will be encrypted, you can be sure that the date will be read by someone who is watching over the network. 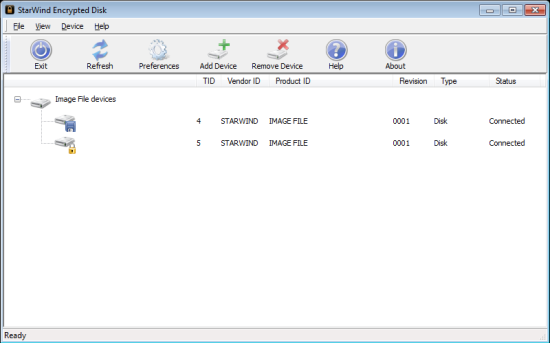 How does it work?

“A virtual hard disk? hmm that sound unfamiliar to me”. This was my reaction when I heard about this term for the first time, a couple of years ago (maybe 10 years). A virtual hard disk is just a normal file on your hard disk, that can be treated as a disk drive. This file is called an image file and would have files and directory structure that you would see in a regular hard disk. You can even copy this image file to another computer and view the content of this file using Encrypted Disk.

Windows operating system lets you copy the contents of an entire drive into a single folder however this does not allow you to encrypt the folder without using a third party software.

How to create a Virtual Hard Disk? 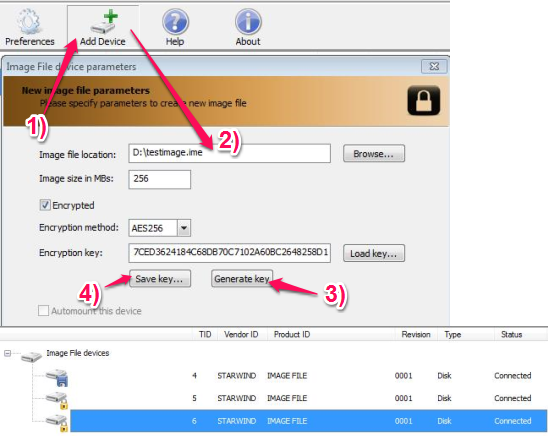 How to mount a device?

I have noticed that the “Automount” option is only available when you choose to create a unencrypted disk. This makes sense because if you’re creating an encrypted disk then you wouldn’t want the information readily available for others.

Why do I need this?

While you can create user accounts in your computer to allow only a specific user or a group of users to access the documents and files on your computer. You can assign read-only permissions to a particular folder or even an entire drive to make your data more secure. I would surprise you by saying that the user accounts can be pretty easily comprised in a couple of minutes and with the right tool.

While you’re moving the data over the network, you might keep it simple. You might create a shared folder and copy the contents over to that folder. However this method is also vulnerable as the data is available to anyone else on the network. You might protect the sharing process with a password but is that it? Is that all you gonna do for your precious data, to just rely on a simple string of characters?

Encrypted Disk is an excellent tool when you’re dealing with confidential documents (everyone would have something to hide). You can assign an encryption key and save it in a safe location. This makes sure that no one else can have access to your virtual hard disk.

As the virtual hard disk can be disconnected when not in use, you can hide it from others as you will be the only one who knows the location of the hard disk image file. Even if someone got through this far, he would require the encryption key without which it would be impossible for the person to access your drive.

Encrypted Disk can be a good option when you want to transfer the contents of an entire drive to another computer. You can dump all the data into a virtual hard disk image and transfer it using a file copy utility to make the transfer even more secure.

I use this software with Windows 7 as I deal with stuff that I don’t want other users to have hands on. Try this out.

Get Encrypted Disk here for free