Photo Data Explorer is a freeware image viewer that shows the details stored by the photographer and the digital camera (Exif info), and can edit the camera details of the image. You can also do basic editing here, though it is best used as image viewer only. You can edit the Exif details about the image and then save the image  in many popular formats.

When minimized, the software shrinks in a form of short horizontal bar, which you can move to anywhere on the screen. 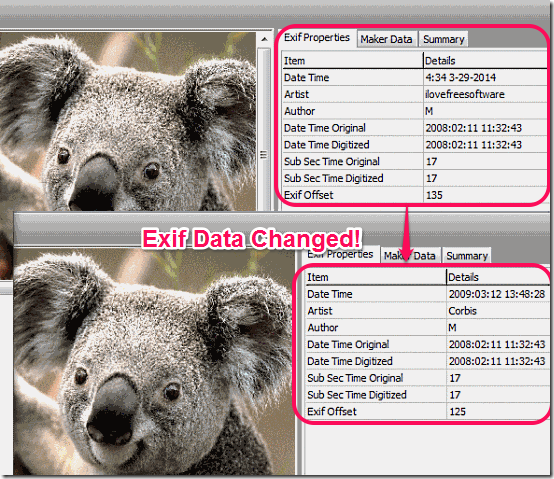 You can add the images one after another or the entire folder at once. The freeware is not good as an image editing tool. The basic editing that you can apply to your image are: rotate right and left, flip and zoom. The software is of no competition with Picasa or GIMP when it comes to editing an image but has a special feature of showing you the all the Exif metadata of an image. It must be noted here that by details I mean even the technical details of the picture.

The freeware can show you the image details like: resolution in the Xplane, Resolution in Yplane, resolution unit, GPS position and 25 more of the technical details. You can even change those details, and then save the image, though that will not alter appearance of the image.

Basically if you are photographer and after clicking the pictures you want to edit the camera details of the picture; this software lets you alter all those details for free.

How to Use Photo Data Explorer To View and Edit Exif Data:

Step1: The software saves you from the installation part, just launch the application and import the pictures from the target folder. 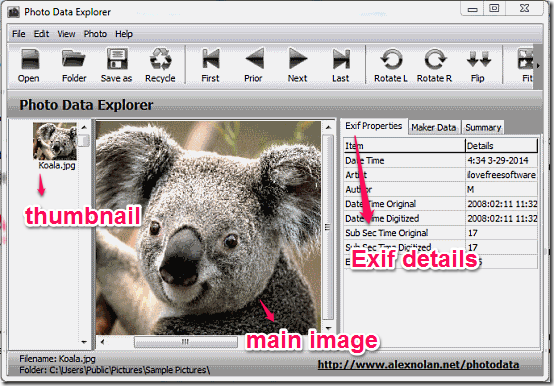 Step3: Go to the “File” option and choose the to save as or  you can just click the save as button provided there. Type the file name there followed by the file extension, like if you save the file in .png format, then type the name like “imagename.png”. 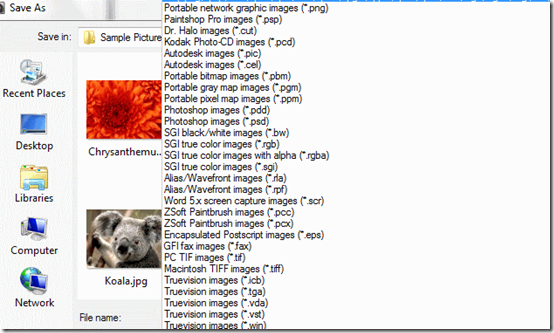 So, not only did you change the Exif data of the image, you also converted it to another format, in just one single step.

Let’s go over the Exif info that this software shows and lets you edit.

On the right side of the image you will find a window called Exif properties. The Exif stands for Exchangeable Image Format which is a standard to specify the properties that a camera uses to detail its picture with. For Example if we talk about about a computer system then it is specified in terms of the RAM, ROM, Processor etc..same as that an image file is specified by the camera in the terms of Xresolution (resolution of image in the X-plane), YResolution (resolution in Y-plane), GPS longitude, Latitude, time stamp and more other such details that you can see in the screenshot below. The freeware lists a maximum of 29 details of an image and those are as follows:

Now if you are using the software just for viewing images then the Exif details are not relevant to you but if you are a pro in photography then you can use this software to edit any Exif metadata associated with the photo. 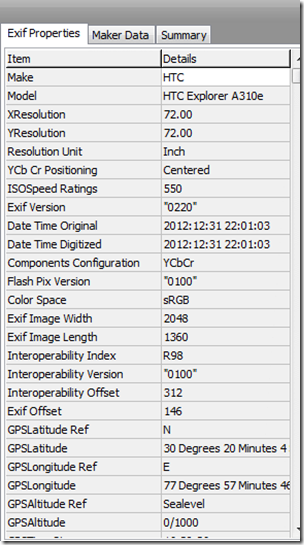 The only disappointment that I have with this software is that it lets you edit exif data of only one image at a time and there is no option to edit Exif data of multiple images together.

My Opinion of Photo Data Explorer:

Even though Photo Data Explorer is supposed to be an image viewer, but personally I would use it for one specific purpose: view all the Exif metadata associated with a photo and edit Exif data. That is not something lot of software let you do. So, if that is your need as well, then this software is definitely a good choice. If you are just looking for an image viewer, there are better options.